Our website publishes news, press releases, opinion and advertorials on various financial organizations, products and services which are commissioned from various Companies, Organizations, PR agencies, Bloggers etc. These commissioned articles are commercial in nature. This is not to be considered as financial advice and should be considered only for information purposes. It does not reflect the views or opinion of our website and is not to be considered an endorsement or a recommendation. We cannot guarantee the accuracy or applicability of any information provided with respect to your individual or personal circumstances. Please seek Professional advice from a qualified professional before making any financial decisions. We link to various third-party websites, affiliate sales networks, and to our advertising partners websites. When you view or click on certain links available on our articles, our partners may compensate us for displaying the content to you or make a purchase or fill a form. This will not incur any additional charges to you. To make things simpler for you to identity or distinguish advertised or sponsored articles or links, you may consider all articles or links hosted on our site as a commercial article placement. We will not be responsible for any loss you may suffer as a result of any omission or inaccuracy on the website.
Home Business Innovation and R&D: Are they the same thing?
Business

Innovation and R&D: Are they the same thing? 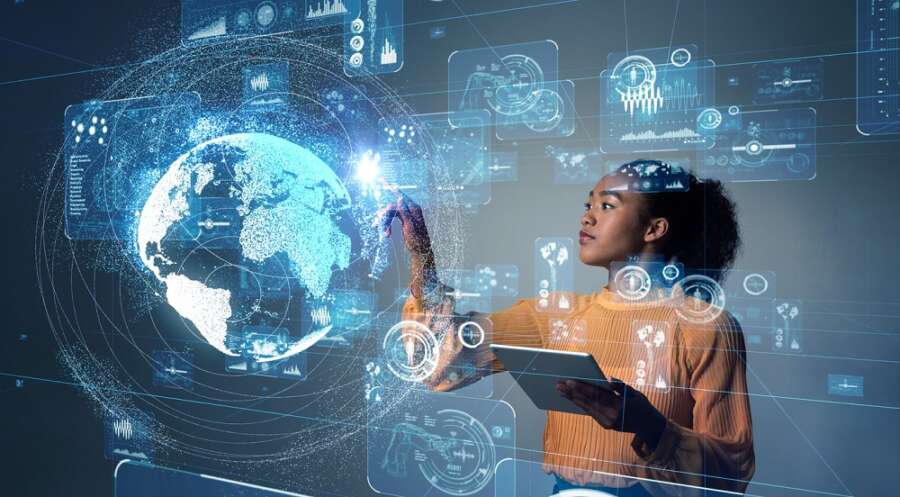 R&D and innovation are certainly very closely linked and it’s easy to believe they’re one and the same. But actually, there are some very notable differences between the two.

Understanding what R&D is, and what innovation is, can be an important when it comes to how businesses plan and execute growth. Here we take a look in more detail.

What actually is R&D?

Research and development (R&D) is the process by which a new concept to actually become a reality. In other words, it’s the building of a new product, service or process.

A business won’t grow if it doesn’t invest in R&D, and without such growth it won’t stay competitive. In a cut-throat world where pushing ahead of the competition is the only way to survive, growth is essential.

R&D also not only benefits the company itself through improved technologies, increased knowledge and of course the ability to claim R&D Tax Credits. It actually further benefits the wider economy through job creation and investment in skills.

With times tough economically, it’s tempting to put R&D on the back burner in favour of simply surviving day to day. But without a sustained, well-planned R&D strategy, the business won’t stay afloat longer-term anyway. So it can only be put off for so long.

Innovation is present in every field and every sector. It’s about invention, developing new ways to add value to customers’ lives, not necessarily by coming up with a new concept from scratch but by substantially improving something already in existence.

The thing to take away here is that new ideas that bring about innovation must not only boost a company’s bottom line but bring real value to customers too. This means working backwards; tackling a problem that will benefit the end user whilst also appreciating its significance enough to develop a marketable solution. After all, satisfied customers mean a better chance of innovation success.

As we already know, once the seed of an innovative concept has been sewn it’s R&D that brings the concept to life.

A robust R&D strategy that lays out a realistic process of innovation can make a huge difference to a company’s success – reputationally as well as financially. This should bring about a healthy return on investment over time, which companies can then spent on additional innovative projects.

Of course, spending out on innovation is not cheap, which is where government tax incentives like R&D Tax Credits can really help.

What is the R&D Tax Credits scheme?

Any UK company that’s recently undertaken innovative work (perhaps creating or updating a product or service for instance) could well be entitled to R&D Tax Credits.

Administered by HMRC, any UK-registered company in any industry, and of any size, can claim up to 33% of their innovation costs back. This is either as a rebate on Corporation Tax (if the company is profit-making) or a lump sum payment if the company records a loss.

A massive range of R&D activities and costs are eligible under the R&D Tax Credits scheme. Reclaimable expenditure includes staff wages, employer’s pension and NI contributions, utilities, fuel and materials. The key thing is that an advance was made in technology or science as part of the R&D process, that benefits not just the company itself but the wider field that it operates in.

Latest government statistics show that the total number of R&D claims for the tax year 2020 to 2021 sits at around 89,300 – an increase of 7% from the previous year. It’s certainly a popular and generous tax relief indeed, but despite the fact that R&D Tax Credits has been around for over two decades, many companies are still missing out. Some people simply haven’t heard of R&D Tax Credits or think their project – or their company – won’t be eligible. Others are put off by what can be a somewhat challenging application process.

The fact is, there are some big benefits to claiming R&D Tax Credits – but the process of applying for the relief is known to be complex at best. Not only is it very easy to add in costs that aren’t eligible (or leave out ones that are), but the claims criteria is changeable too. Even many experienced, proficient accountants aren’t entirely au fait with what is a particularly niche area of tax, which is why both businesses and accountants typically seek the support of R&D claims portals. There are quite a few out there, but the best ones will be guided and supported by R&D tax specialists who really do know their onions. The claims portal itself will also be cloud-based so accessible 24/7, whilst also integrating with other systems such as Xero.

Our advice is when it comes to R&D tax claims it’s well doing your research and choosing a claims portal that can maximise your claim and help you rest easy once it is submitted. After all, the last thing you want is to end up in hot water with HMRC for over-claiming – or to leave cash on the table that would be best invested in further innovative projects.