Our website publishes news, press releases, opinion and advertorials on various financial organizations, products and services which are commissioned from various Companies, Organizations, PR agencies, Bloggers etc. These commissioned articles are commercial in nature. This is not to be considered as financial advice and should be considered only for information purposes. It does not reflect the views or opinion of our website and is not to be considered an endorsement or a recommendation. We cannot guarantee the accuracy or applicability of any information provided with respect to your individual or personal circumstances. Please seek Professional advice from a qualified professional before making any financial decisions. We link to various third-party websites, affiliate sales networks, and to our advertising partners websites. When you view or click on certain links available on our articles, our partners may compensate us for displaying the content to you or make a purchase or fill a form. This will not incur any additional charges to you. To make things simpler for you to identity or distinguish advertised or sponsored articles or links, you may consider all articles or links hosted on our site as a commercial article placement. We will not be responsible for any loss you may suffer as a result of any omission or inaccuracy on the website.
Home Headlines Energy crisis putting most German firms under duress -survey
Headlines 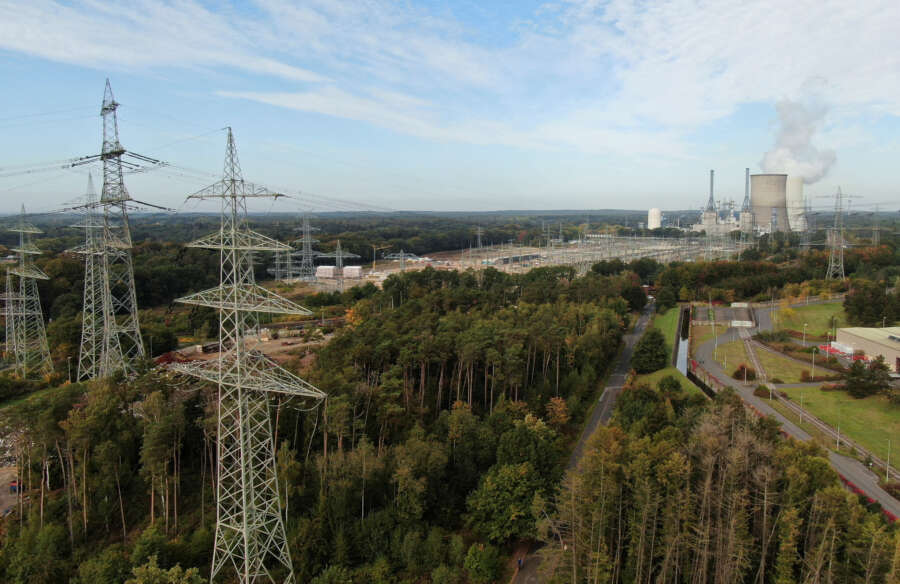 BERLIN (Reuters) -The energy crisis is impacting nearly every branch of the German economy, with the number of companies that see high energy costs due to the Ukraine war as a threat to business at the highest level on record, the DIHK business survey showed on Wednesday.

Some 82% of the 24,000 businesses surveyed see the prices for energy and raw materials as a business risk, which the DIHK – the Association of German Chambers of Commerce and Industry – said was the most since it began keeping records in 1985.

Correspondingly, optimism was in short supply, with only a record 8% of those surveyed expecting improvement. “Even during the coronavirus times and the financial market crisis, the percentage of optimists was more than 10%,” said DIHK head Martin Wansleben. “Companies fear the worst is yet to come.”

While the first half of 2022 was helped by the lifting of pandemic lockdowns, “these growth impulses have been eaten up by the energy price crisis, inflation and the gloomy global economy for months,” said Wanleben. “The German economy is not only facing a tough winter, but also a difficult year,” he added.

More than half of the companies said they expect their business to decline over the next 12 months, according to DIHK, which confirmed its spring forecast for the German economy to grow by 1.2% in 2022 and then shrink by around 3% in 2023.

The survey leaves little room for any doubts about the direction of the coming months, said DIHK’s Ilja Nothnagel.

The German government’s latest forecast is for growth of 1.4% this year and a 0.4% slump next year.

Energy prices have risen at an unprecedented speed in the months since Russia invaded Ukraine, and Germany has found that it can no longer rely on Russia as it has for decades to power its industry.

In response, nearly one in five energy-intense industries have scaled down production or their offerings, while every 12th is considering shifting production somewhere else, said DIHK, in particular companies in the automotive industry, at 17%.

“We’re hearing quite often from firms that they are looking for or eyeing locations that fit their portfolio in terms of energy,” which at the moment is the United States, said Nothnagel.

Innovation and R&D: Are they the same thing?