Our website publishes news, press releases, opinion and advertorials on various financial organizations, products and services which are commissioned from various Companies, Organizations, PR agencies, Bloggers etc. These commissioned articles are commercial in nature. This is not to be considered as financial advice and should be considered only for information purposes. It does not reflect the views or opinion of our website and is not to be considered an endorsement or a recommendation. We cannot guarantee the accuracy or applicability of any information provided with respect to your individual or personal circumstances. Please seek Professional advice from a qualified professional before making any financial decisions. We link to various third-party websites, affiliate sales networks, and to our advertising partners websites. When you view or click on certain links available on our articles, our partners may compensate us for displaying the content to you or make a purchase or fill a form. This will not incur any additional charges to you. To make things simpler for you to identity or distinguish advertised or sponsored articles or links, you may consider all articles or links hosted on our site as a commercial article placement. We will not be responsible for any loss you may suffer as a result of any omission or inaccuracy on the website.
Home Headlines Spain launches free rail travel passes to fight inflation
Headlines 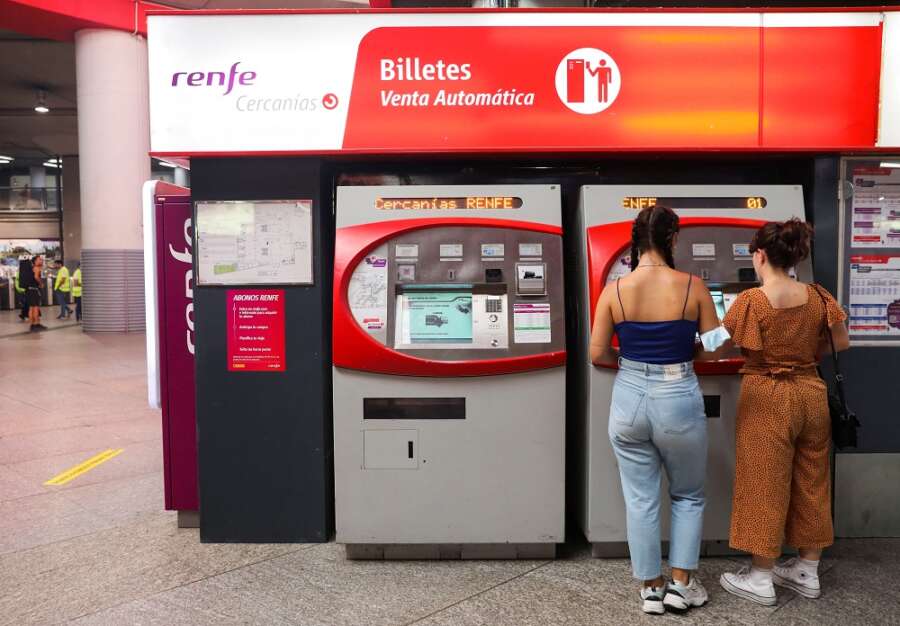 By Marco Trujillo and Christina Thykjaer

With inflation near record highs of above 10% year-on-year, Spain’s Socialist-led government hopes to alleviate living expenses and encourage more people to take public transport by providing them with free monthly passes for all local and medium-range intercity routes. Long-haul trips and single tickets are excluded.

“I’d love this to be a permanent thing as it would help to make things in general less expensive and we’d have more mobility… this is a good way for the government to invest the money we pay in taxes.”

Her mother Toni, 55, said the discount would help the family save more than 80 euros ($80) a month on her two daughters’ transport cards.

“We need more initiatives like this,” she said. “We parents can’t pay anymore. We don’t have the same budget for doing the same things with our children as we did before.”

Almost half a million people have already pre-ordered the free transportation cards, and state-owned railway operator Renfe expects the scheme, in force until year-end, to result in 75 million free railway journeys.

“It’s very easy to apply and to use. Given the economic situation, for us this is a great help,” said 18-year-old student Anastasia Adamova.

Germany has promoted a similar initiative, starting in June and ending in September, which was a huge success and reduced traffic jams in major cities.

The Spanish scheme, which also includes discounts on other types of public transport, will cost 221 million euros. It is part of the latest aid package to mitigate price rises, approved in June, worth a total of 9.5 billion euros, including value-added tax reductions and Social Security exemptions.

(This story refiles to fix date)