Our website publishes news, press releases, opinion and advertorials on various financial organizations, products and services which are commissioned from various Companies, Organizations, PR agencies, Bloggers etc. These commissioned articles are commercial in nature. This is not to be considered as financial advice and should be considered only for information purposes. It does not reflect the views or opinion of our website and is not to be considered an endorsement or a recommendation. We cannot guarantee the accuracy or applicability of any information provided with respect to your individual or personal circumstances. Please seek Professional advice from a qualified professional before making any financial decisions. We link to various third-party websites, affiliate sales networks, and to our advertising partners websites. When you view or click on certain links available on our articles, our partners may compensate us for displaying the content to you or make a purchase or fill a form. This will not incur any additional charges to you. To make things simpler for you to identity or distinguish advertised or sponsored articles or links, you may consider all articles or links hosted on our site as a commercial article placement. We will not be responsible for any loss you may suffer as a result of any omission or inaccuracy on the website.
Home Headlines EU considers more funds for eastern states in bid for deal on Russia oil ban
Headlines 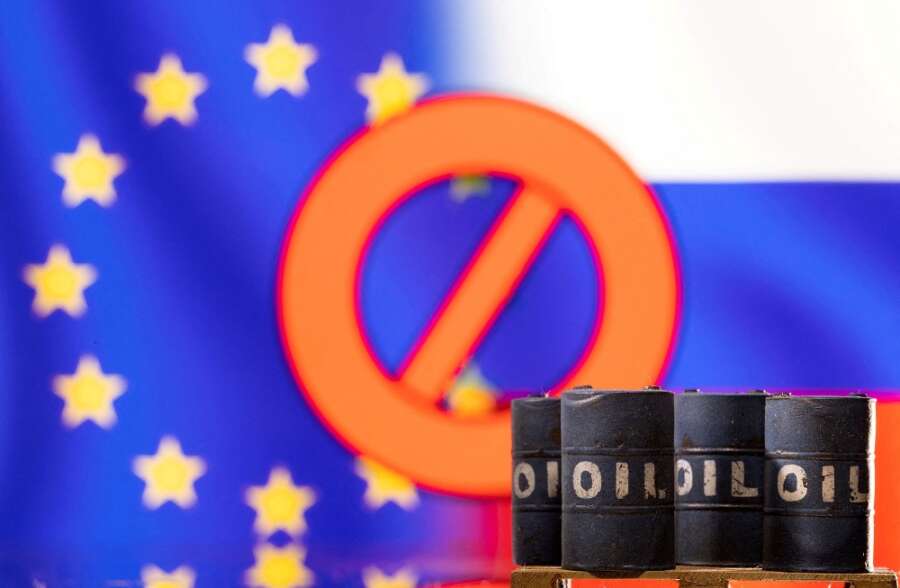 BRUSSELS (Reuters) -The European Commission is considering offering landlocked eastern European Union states more money to upgrade oil infrastructure in a bid to convince them to agree to an embargo on Russian oil, an EU source told Reuters on Monday.

The measures are part of a wider package of new sanctions against Russia for its invasion of Ukraine, but the adoption of the legal text still needs an agreement on the size of the investment, the source said, adding another sticking point was Cyprus’s concerns about a proposed ban on the sale of real estate to Russians.

Horse trading after the Commission put forward its original sanctions document last week has delayed approval and the text has already been revised once to try to win over sceptics.

A new version, currently being drafted, is likely to drop a ban on EU tankers carrying Russian oil, after pressure from Greece, Cyprus and Malta, the source said, declining to be named because of the sensitivity of the matter.

EU companies would, however, be prevented from offering insurance and other financial services for the transport of Russian oil worldwide, the source added, noting that on this point the original proposal would remain unchanged.

Whereas most EU states will have to fully implement a Russian oil embargo by the end of the year, Hungary – one of the most vocal critics of the new sanctions package – has already obtained an exemption until the end of 2024, as has Slovakia, and the Czech Republic would have until mid-2024.

The three countries are the only eastern EU states with no access to the sea, and therefore risk a bigger economic impact from banning Russian oil.

EU officials say their concerns are legitimate and are now considering spending more than initially planned to upgrade and extend pipelines that would deliver oil from other EU countries.

The source declined to comment on the size of the investment, but noted it was not to be calculated in billions of euros, rather far less.

The EU is withholding 7.2 billion euros ($7.5 billion) in EU post-COVID recovery funds to Hungary over concerns about the rule of law, and diplomats have said that Budapest may be trying to link the oil embargo talks with disbursement of the blocked funds.

Dismissing this, the source said additional funding would be provided for pipeline investment and there was still a debate about whether such money could also be used to upgrade oil refineries in eastern European countries, many of which can currently only process Russian oil.

The other open issue concerned Cyprus, where many Russians have invested in property, something the EU wants to ban under the new proposals.

Talks are underway about legal issues that would allow a compromise on this, the source said.

The ban on insurance and other financial services for tankers carrying Russian oil is considered a potential serious hurdle to Russian oil exports to China and other trade partners outside the EU, but it is unclear just how effective it would be.

“Nations with less rigorous sanctions protocols may be in a position to import Russian oil using their own flagged shipping and their own national insurance arrangements,” said Marcus Baker, global head of marine & cargo for insurance broker Marsh.