Our website publishes news, press releases, opinion and advertorials on various financial organizations, products and services which are commissioned from various Companies, Organizations, PR agencies, Bloggers etc. These commissioned articles are commercial in nature. This is not to be considered as financial advice and should be considered only for information purposes. It does not reflect the views or opinion of our website and is not to be considered an endorsement or a recommendation. We cannot guarantee the accuracy or applicability of any information provided with respect to your individual or personal circumstances. Please seek Professional advice from a qualified professional before making any financial decisions. We link to various third-party websites, affiliate sales networks, and to our advertising partners websites. When you view or click on certain links available on our articles, our partners may compensate us for displaying the content to you or make a purchase or fill a form. This will not incur any additional charges to you. To make things simpler for you to identity or distinguish advertised or sponsored articles or links, you may consider all articles or links hosted on our site as a commercial article placement. We will not be responsible for any loss you may suffer as a result of any omission or inaccuracy on the website.
Home Headlines Ukraine and Russia: What you need to know right now
Headlines 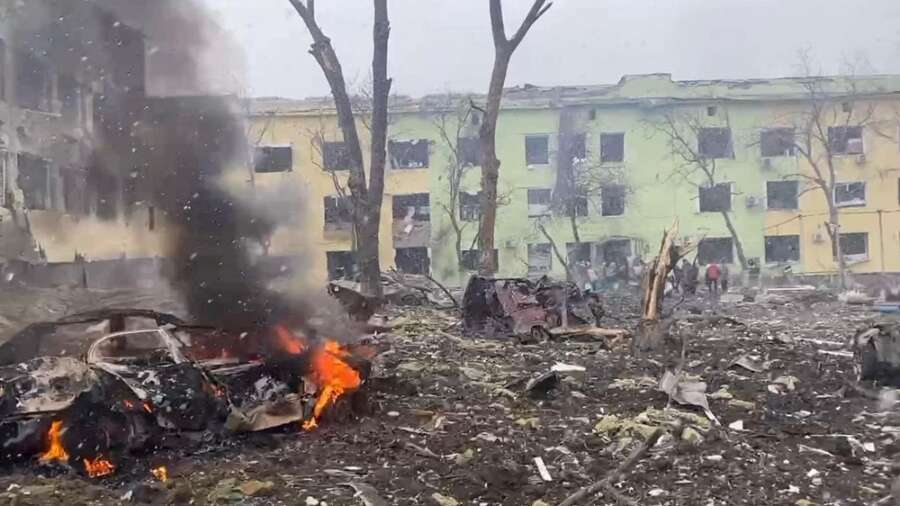 (Reuters) – Ukraine said Moscow had snubbed its plea for humanitarian access to rescue hundreds of thousands of civilians trapped under bombardment, as the opposing sides made no concessions at the highest level talks since the Russian invasion began.

* After international condemnation of a Russian strike on a hospital in the Ukrainian city of Mariupol and Moscow’s claims the building no longer served as a healthcare facility, the Kremlin said it would investigate the matter further.

* Foreign ministers from Russia and Ukraine made no progress in talks in Turkey, with Moscow rejecting Kyiv’s call for a ceasefire and reiterating its conditions for ending the fighting.

* The German government said it had no involvement in former Chancellor Gerhard Schroeder’s meeting with Vladimir Putin, responding to a Politico report that Schroeder was in Moscow to discuss ending the Ukraine war.

* Moscow said it was taking steps to soften the blow dealt to Russia’s economy by what it described as an “absolutely unprecedented” economic war being waged against it.

* Rio Tinto became the first major miner to announce it was cutting all ties with Russia, joining a raft of leading Western companies leaving the country.

* The head of Ukraine’s gas transit operator warned gas flows to Europe were at risk because of Russian troops’ presence on sites of its compressor stations.

* Ukraine’s nuclear power plant operator warned about a potential radiation leak after power outage in Chernobyl, mothballed site of the 1986 nuclear disaster, though the U.N. nuclear watchdog saw no critical impact on safety.

* Separately, the watchdog said it had lost touch with remote monitoring systems at the Zaporizhzhia nuclear plant. Both plants are being held by Russian forces.

* Over 2.3 million people have fled Ukraine so far, according to the latest U.N. tally.

* Ukraine says its forces have killed more than 11,000 Russian troops. Russia has confirmed about 500 losses. Reuters was unable to verify either figure. Neither side has disclosed Ukrainian casualties.

* The U.S. Congress agreed to allocate $13.6 billion in emergency aid for Ukraine.

Key trends to watch in the asset and wealth management sectors