Our website publishes news, press releases, opinion and advertorials on various financial organizations, products and services which are commissioned from various Companies, Organizations, PR agencies, Bloggers etc. These commissioned articles are commercial in nature. This is not to be considered as financial advice and should be considered only for information purposes. It does not reflect the views or opinion of our website and is not to be considered an endorsement or a recommendation. We cannot guarantee the accuracy or applicability of any information provided with respect to your individual or personal circumstances. Please seek Professional advice from a qualified professional before making any financial decisions. We link to various third-party websites, affiliate sales networks, and to our advertising partners websites. When you view or click on certain links available on our articles, our partners may compensate us for displaying the content to you or make a purchase or fill a form. This will not incur any additional charges to you. To make things simpler for you to identity or distinguish advertised or sponsored articles or links, you may consider all articles or links hosted on our site as a commercial article placement. We will not be responsible for any loss you may suffer as a result of any omission or inaccuracy on the website.
Home Headlines UK house prices speed up but slowdown coming, Nationwide says
Headlines 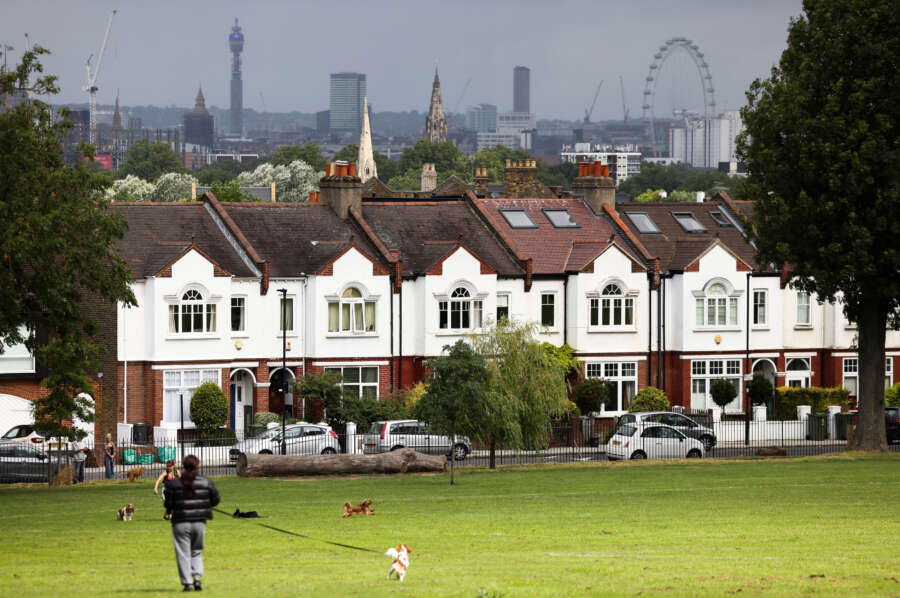 LONDON (Reuters) – British house prices rose at a faster monthly pace in August than in July but the market is set to cool as surging energy prices hit households and the Bank of England pushes up interest rates, mortgage lender Nationwide said on Thursday.

House prices last month were 0.8% higher than in July when they rose by 0.2% from June. That was a bigger increase than the median forecast of a 0.1% rise in a Reuters poll of economists.

Robert Gardner, Nationwide’s chief economist, said there were signs that the housing market was losing momentum after the surge in demand for bigger homes during the COVID-19 pandemic.

“We expect the market to slow further as pressure on household budgets intensifies in the coming quarters,” Gardner said.

Britain’s most widely followed inflation index rose by 10.1% in the 12 months to July, a 40-year high, and is set to climb further on the back of accelerating power prices.

A separate Reuters poll of economists published on Wednesday pointed to a 7.0% increase in home prices this year before a gain of just 1.0% next year and a further 3.0% rise in 2024.

The BoE has raised interest rates six times since December as it tries to deal with the surge in inflation.

Marketmind: Moment in the sun