Our website publishes news, press releases, opinion and advertorials on various financial organizations, products and services which are commissioned from various Companies, Organizations, PR agencies, Bloggers etc. These commissioned articles are commercial in nature. This is not to be considered as financial advice and should be considered only for information purposes. It does not reflect the views or opinion of our website and is not to be considered an endorsement or a recommendation. We cannot guarantee the accuracy or applicability of any information provided with respect to your individual or personal circumstances. Please seek Professional advice from a qualified professional before making any financial decisions. We link to various third-party websites, affiliate sales networks, and to our advertising partners websites. When you view or click on certain links available on our articles, our partners may compensate us for displaying the content to you or make a purchase or fill a form. This will not incur any additional charges to you. To make things simpler for you to identity or distinguish advertised or sponsored articles or links, you may consider all articles or links hosted on our site as a commercial article placement. We will not be responsible for any loss you may suffer as a result of any omission or inaccuracy on the website.
Home Finance The war on inflation: a fair fight, or a losing battle?
Finance

The war on inflation: a fair fight, or a losing battle? 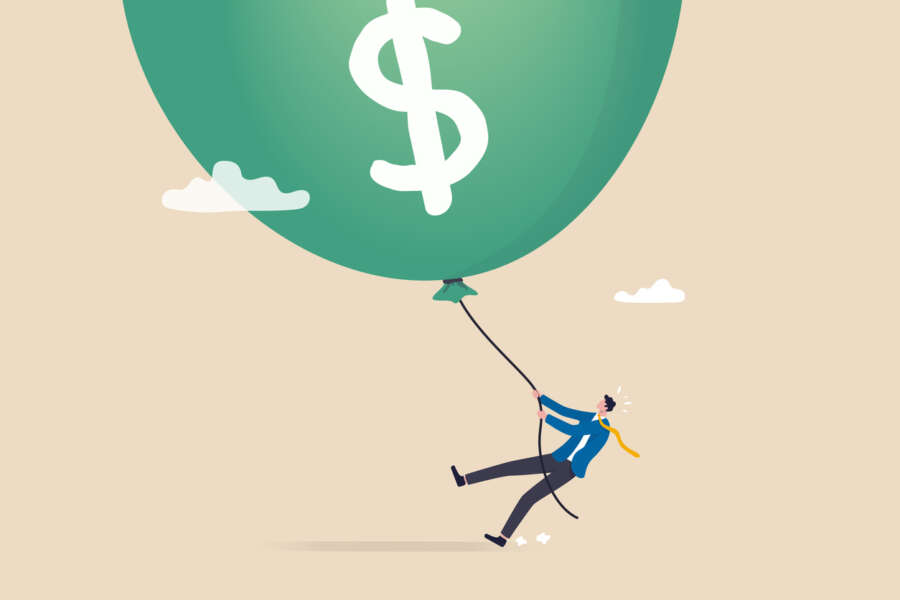 Central banks across developed economies have faced a vivid credibility issue in 2022: control inflation, or face a widespread loss of faith. How much longer will the fight go on, and are they winning?

The US central bank is leading the charge, with the UK hot on its heels

Like the US economy, the US central bank – the Federal Reserve Bank (Fed) – sets the tone for its developed world peers. Over the course of 2022, US interest rates have gone from 0.25% to 4.5%, at the time of writing (mid- December).

The Fed is now on a clearly marked path, and one which has been well-signalled. In August, Fed Chair Jerome Powell made a forceful speech outlining the Fed’s total focus on bringing down inflation by slowing economic activity. In doing so, he acknowledged that efforts to control inflation (most notably by raising interest rates) would cause short-term pain to households and businesses, but declared that “a failure to restore price stability would mean far greater pain.”

This rhetoric has been likened to an infamous speech made by Mario Draghi (then President of the European Central Bank) a decade earlier. In the summer of 2012, Draghi said that he would do “whatever it takes” to save the euro area. For Powell and inflation, it’s not so much a case of ‘whatever it takes’ as ‘whatever it costs’. And what it costs, it seems, will be some US economic growth.

On home shores, the Bank of England has been on a similar path. The Bank’s policymakers have been forced to choose between raising rates to bring inflation under control (and doing so in a deteriorating economic environment) and supporting struggling consumers. To date they have prioritised the former, taking interest rates to 3.5%, at the time of writing.

How high will interest rates go?

Until relatively recently, financial markets had anticipated a pause in interest rate hikes from the Fed early next year, and possibly even a rate cut during the first half of 2023. This is no longer the case. While headline US inflation has shown signs of peaking and core inflation (which excludes items with volatile prices like energy and food) came in lower than expected in October, the more persistent component of inflation like wages and shelter (rental costs) are still rising. Inflation may be turning in the right direction, but the war is not over yet.

Ultimately the question of how high interest rates will go and how long they rest there will be determined by the path of inflation over the next twelve months. It’s the world worst kept secret that inflation will fall from its 2022 highs, but the important questions are how quickly it will fall and where it will settle.

What will happen to inflation?

Only time will tell how effective central bank aggression will be in bringing demand and supply back into balance in the global economy (without causing too much pain). Commodity prices will also be dictated by ever-present geopolitics. That’s the short-term conundrum. In the medium term, we believe the developed world will have to adapt to a higher inflation regime than we have grown used to over the past 20 years, with inflation likely between 2% and 4%.

The deflationary forces of globalisation (particularly since 2002 when China joined the World Trade Organisation) and plentiful supply of cheap energy are fading. A trend of diversifying away from China-based supply chains has accelerated in a post-COVID-19 world, and while the journey to cleaner energy will be hugely beneficial in the longer term, it will be inflationary in the short term as the required infrastructure is built.

Central banks have told us their plan of attack

This year, central banks have been on a journey of higher interest rates in a pattern unseen since the 1980s. Policymakers in most developed economies are following a similar roadmap: not only increasing interest rates, but also removing support in other forms (e.g. bond purchase programmes are being reduced or allowed to expire without replacement).

Central banks know the economic pain this will cause in the near term, but are wholly fixated on bringing down inflation. Much of the heavy lifting in terms of rate rises has been done in 2022, but with a bit more likely to come in the first half of 2023. Whether rates are paused, cut or hiked again from that point will be determined, as mentioned above, by the economic data and inflation over the next 12 months. We will be keeping a particularly keen eye on increases to the unemployment rate as central banks pursue their goal of bringing demand and supply back into a healthier balance.

What does all this mean for our investment strategies?

While past performance is never a reliable guide to future results, financial markets typically react very quickly to perceived danger. Little surprise, then, that in 2022 we witnessed extended spells of turbulence in both bond and stock markets, as investors attempted to digest rapid signals from the world’s leading central banks.

So far, we think that bond markets – which are notoriously sensitive to interest rate changes – are pricing in central bank action more aggressively than stock markets, resulting in a very challenging period of performance for bond prices. However, when asset prices fall, there is potential for longterm value to emerge, particularly in an asset class (like bonds) which has appeared to offer poor value for an extended period of time.

As a result, we see selective opportunities in government bonds and corporate debt, as well as more niche ‘alternative’ areas of debt markets. In keeping with this, we have dialled back some of our exposure to higher risk asset types like shares which we believe have further adjustments to make in this new world of higher central bank rates. Our strategies are also likely to be carrying a higher proportion of cash than usual, which should help our managers to remain as flexible as possible as the market picture evolves.