Our website publishes news, press releases, opinion and advertorials on various financial organizations, products and services which are commissioned from various Companies, Organizations, PR agencies, Bloggers etc. These commissioned articles are commercial in nature. This is not to be considered as financial advice and should be considered only for information purposes. It does not reflect the views or opinion of our website and is not to be considered an endorsement or a recommendation. We cannot guarantee the accuracy or applicability of any information provided with respect to your individual or personal circumstances. Please seek Professional advice from a qualified professional before making any financial decisions. We link to various third-party websites, affiliate sales networks, and to our advertising partners websites. When you view or click on certain links available on our articles, our partners may compensate us for displaying the content to you or make a purchase or fill a form. This will not incur any additional charges to you. To make things simpler for you to identity or distinguish advertised or sponsored articles or links, you may consider all articles or links hosted on our site as a commercial article placement. We will not be responsible for any loss you may suffer as a result of any omission or inaccuracy on the website.
Home Finance The Infraction Point
Finance 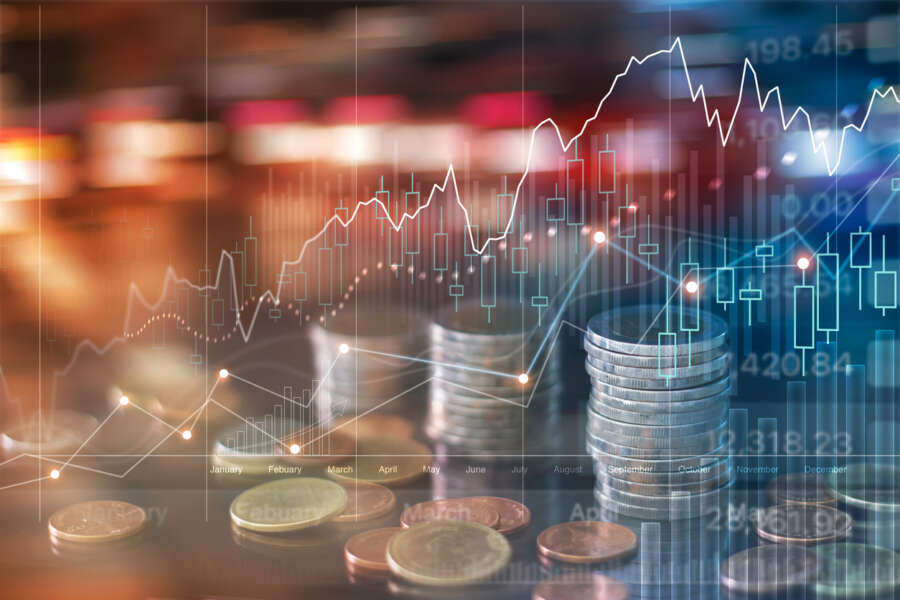 The assiduity of investors in relation to macro and micro economic factors that have been developing over the past year were materialized with Gold spiking on the first day of trading this year. There is no doubt anymore that there are opposing underlying forces that have created uncertainty in the markets; the west is either in a recession or on the verge of a recession while China is just opening up again after its strict zero Covid policy. The radical ambivalence leaves investors to just about narrowly trudge the markets.

If last year’s investment narrative for profitability was prudence and pragmatism or basically utility being the substitute for what is good and what is right, then this year it ought to be effective altruism. However, before delving into that, it would be good to mention that the markets are still going to have a messy outcome for the next couple of months at least, as a result of stagflation. It is only after the infraction point happens that the markets become ripe for picking!

The infraction point is basically going to be when the ultra-high-net-worth individuals actually get terrified of the high interest rates and their slow bleeding portfolios actually suffer financial losses that will actually alarm them, since up until now their investments have been generating marginal returns. In the meantime it is getting more difficult to find value in trading USD securities because of the uncertainty in global markets. With emerging economies developing new trade corridors and developing economies suffering from the strength of the USD currency and therefore trying to break away from their reliance on USD as a reserve for emergencies and growth, the investment opportunities look pretty much trimmed.

With the ongoing global economic fragmentation, the silver lining is that more and more countries are converging about the idea of tackling our overwhelming geopolitical crisis with effective altruism. The Wellbeing Economy and Governments partnership is an alliance between countries to look beyond GDP as an indicator for growth and change the wisdom of conventional economic models to deliver shared wellbeing and quality of life for all people while respecting the environment. Investing in countries that are part of that partnership and in industries that deal with; climate emergency, biodiversity loss and cost of living crisis, is the only way forward to a more fulfilled economic recovery and portfolio profitability.

For the past twenty years there has been a steady decrease in human beings’ wellbeing while at the same time the rate of consumption has been accelerating up to the point that if that consumption scenario continues, human beings will need three Planet Earths to sustain themselves. In addition to that people are increasingly getting sick and making less money. I guess the infraction point for a dignified life by changing the global growth narrative is long overdue!

Not to be the harbinger of gloom but promoting Effective Altruism as the only framework to reach a circular economy and capture value is better than reaching a regiment way of life ruled over by an all-powerful ‘Benefactor’, where the citizens of the totalitarian society live out lives devoid of passion and creativity. I mean it’s already happening around the world already so why let it flourish when a more profitable scenario for everyone lies at hand. There is only so much that an economy can be devalued and only so much an individual can be squeezed.

Now we finally fully apprehend that economies that only seek growth are limited while the interdependent economies that reuse and regenerate materials and products, especially as a means of continuing production in a sustainable way are ever-growing!

The war on inflation: a fair fight, or a losing battle?