Our website publishes news, press releases, opinion and advertorials on various financial organizations, products and services which are commissioned from various Companies, Organizations, PR agencies, Bloggers etc. These commissioned articles are commercial in nature. This is not to be considered as financial advice and should be considered only for information purposes. It does not reflect the views or opinion of our website and is not to be considered an endorsement or a recommendation. We cannot guarantee the accuracy or applicability of any information provided with respect to your individual or personal circumstances. Please seek Professional advice from a qualified professional before making any financial decisions. We link to various third-party websites, affiliate sales networks, and to our advertising partners websites. When you view or click on certain links available on our articles, our partners may compensate us for displaying the content to you or make a purchase or fill a form. This will not incur any additional charges to you. To make things simpler for you to identity or distinguish advertised or sponsored articles or links, you may consider all articles or links hosted on our site as a commercial article placement. We will not be responsible for any loss you may suffer as a result of any omission or inaccuracy on the website.
Home Headlines Spain’s King Felipe reveals 2.6 million euros in wealth in bid to make Royal House more transparent
Headlines 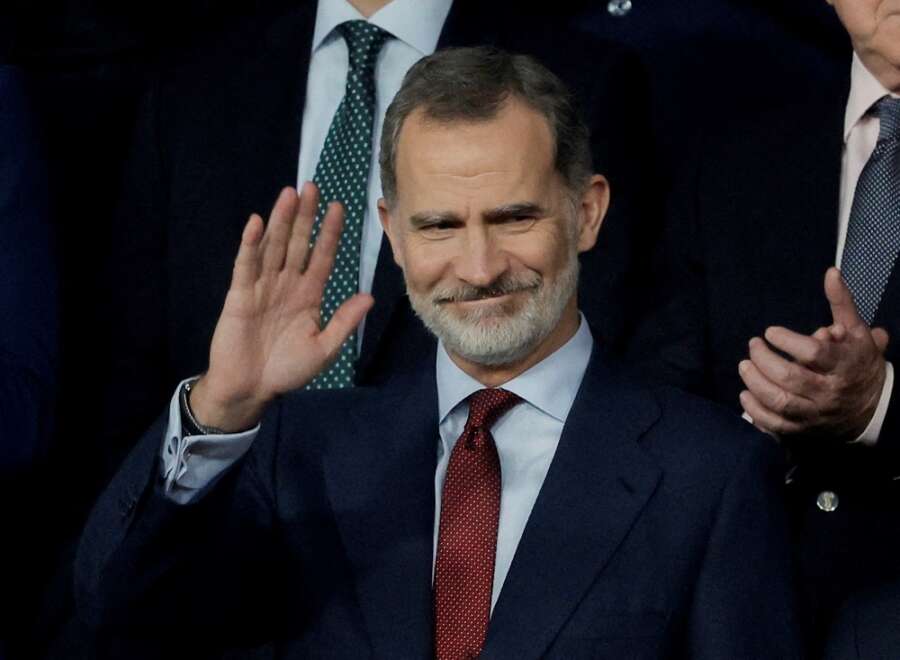 MADRID (Reuters) -Spain’s King Felipe VI disclosed that his wealth is worth about 2.6 million euros ($2.8 million) as the government pushes rules to make the Royal House more transparent and end the opaqueness that prevailed during the reign of his father Juan Carlos.

The king’s assets include just under 2.3 million euros in checking or savings accounts and securities, and he currently owns art, antiques and jewellery with a value of more than 305,000 euros, a statement released by the Royal House showed.

It did not mention any property or real estate.

The king’s wealth mainly comes from the more than 4.3 mln euros he cashed in over the past 25 years, mainly derived from his allowance over 25 years as prince then king, which were taxed, the statement said.

“Today, more than ever, citizens demand with all the reason that the moral and ethical principles inspire and the exemplarity presides over our public life”, King Felipe said.

The disclosure came hours before the government announced a new law ordering the Royal House to make public tenders and to publish its financial statements quarterly, under the comptroller’s supervision.

As part of the new law, presents given to the King will be catalogued and either become his personal property be transferred to the state or donated to charities.

Royal House’s senior officials, who in many cases would be selected among civil servants, will have to declare their assets

“This royal decree brings the Spanish monarchy up to the highest standards of European royal houses,” Minister Felix Bolanos, who is in charge of relations with the Royal House, told reporters on Tuesday as he detailed the new law.

Other European monarchies, such as the British or Belgian royal houses, already apply such transparency measures.

Disclosing the scope of his wealth was the king’s own initiative, Bolanos added.

Felipe came to the throne in 2014 after his father Juan Carlos abdicated amid a tax fraud case involving members of the royal family, as well as a scandal over an elephant-hunting trip at a time when Spain was struggling with a deep recession.

As part of efforts to modernise the monarchy and distance himself from the scandals, King Felipe also removed his older sisters, Elena and Cristina, from royal duties.

A few years later, Felipe renounced his inheritance from his father and stripped the ex-monarch of his palace allowance.

Juan Carlos, who retains the title of King Emeritus, left Spain for the United Arab Emirates in August 2020 under a cloud of scandal and has lived there since.