Our website publishes news, press releases, opinion and advertorials on various financial organizations, products and services which are commissioned from various Companies, Organizations, PR agencies, Bloggers etc. These commissioned articles are commercial in nature. This is not to be considered as financial advice and should be considered only for information purposes. It does not reflect the views or opinion of our website and is not to be considered an endorsement or a recommendation. We cannot guarantee the accuracy or applicability of any information provided with respect to your individual or personal circumstances. Please seek Professional advice from a qualified professional before making any financial decisions. We link to various third-party websites, affiliate sales networks, and to our advertising partners websites. When you view or click on certain links available on our articles, our partners may compensate us for displaying the content to you or make a purchase or fill a form. This will not incur any additional charges to you. To make things simpler for you to identity or distinguish advertised or sponsored articles or links, you may consider all articles or links hosted on our site as a commercial article placement. We will not be responsible for any loss you may suffer as a result of any omission or inaccuracy on the website.
Home News Scotland reports fewer COVID-19 hospitalizations with Omicron
News 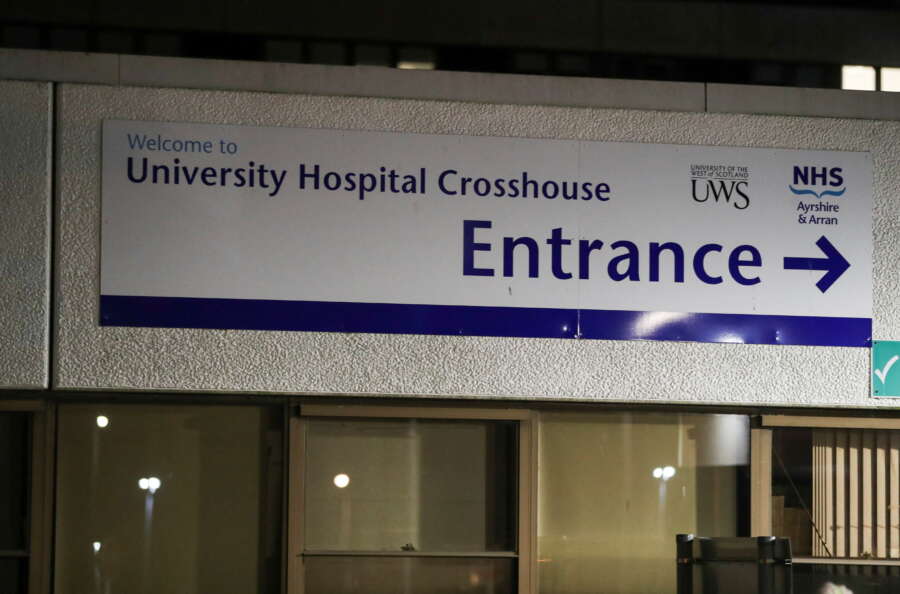 (Reuters) – In Scotland, the Omicron variant of the coronavirus appears less likely to result in COVID-19 hospitalization than Delta, according to an analysis of early data that was posted ahead of peer review on Wednesday.

The updated statistics agree with data released earlier on Wednesday from South Africa and from England, also in advance of peer review.

At the University of Edinburgh, researchers tracked nearly 152,500 patients diagnosed with COVID-19, including 22,205 infected with the Omicron variant. Half of the Omicron-infected patients were under age 40.

The number of Omicron patients who needed to be hospitalized was 68% lower than what the researchers would have expected, based on the rate in patients infected with Delta.

The study only included patients diagnosed at primary care practices, however. It did not include patients who got tested for COVID-19 in National Health Service laboratories, who account for most of the patients admitted to hospitals, according to the report.

The Scottish researchers estimated that 7.6% of the Omicron cases were reinfections, compared with only 0.7% of infections caused by Delta. They also found that a third dose of vaccine provided “considerable additional protection against symptomatic disease.”

At Imperial College London, researchers who earlier this week reported no less severe disease with Omicron than with Delta have now said they saw evidence over the last two weeks of a 40% to 45% reduction in the risk of hospitalization for Omicron relative to Delta infections.

Researchers in both countries said they see evidence that vaccines remain effective at preventing severe illness with Omicron and that booster doses significantly improve the waning protection from the initial two doses.

Experts warn that efforts to determine the “severity” of Omicron are hampered by differing levels of immunity from vaccination and previous infection both among countries and within countries, now and when Delta was peaking.

They also warn that longer studies of Omicron infections in broader populations are needed.