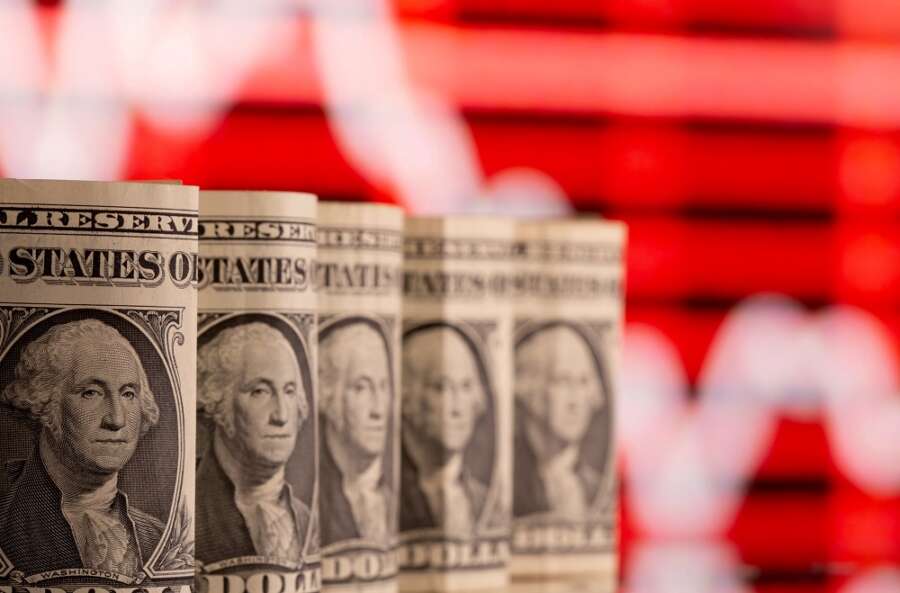 LONDON (Reuters) – Currencies such as the Australian dollar, the Canadian dollar, Norway’s crown and Britain’s pound took a beating on Monday, catapulting the U.S. dollar to its highest in 3 months as a worldwide surge in coronavirus cases hit sentiment in global markets.

The only major currency which did not cede ground to the dollar was the safe haven Japanese yen, which gained 0.3% on the day to 109.74 yen to the dollar.

With England lifting all COVID-19 social restrictions on what some local media has dubbed “Freedom Day”, the continued spread of the highly contagious Delta variant of the coronavirus drew further doubt from investors about whether a total economic recovery to pre-pandemic levels is possible.

Earlier this week, British health minister Sajid Javid announced he had tested positive for COVID-19 and was in self-isolation, also forcing Prime Minister Boris Johnson and finance minister Rishi Sunak into quarantine. Sterling hit a 3-month low against the dollar of $1.3703. [GBP/]

The dollar benefited from the risk aversion in global markets, with the index that measures its strength against peer currencies hitting its highest since April 5. The greenback also benefited from the divergence in trans-Atlantic real yields.

“We think it’s wise to start taking chips off the table as risks of a policy mistake on both sides of the Atlantic are increasing (Fed tightening amid a growth moderation or Europe reopening amid Delta).”

The Aussie dollar, which hit its lowest since December 2020 during Asian hours, extended those losses during morning trade in London to hit a low of $0.7363. It was down 0.6% on the day.

If consumption and production were not to return to 2019 levels Leuchtmann said, a significant chunk of productive capacities worldwide would “not just lie idle temporarily but would become devalued on a permanent basis.”

“If we are no longer simply dealing with who will survive the corona period but about whose goods and services will remain in demand long term at all the risk perception of the markets will rise. It is hardly surprising that the FX market cannot decouple from that.”

The euro dipped 0.3% to $1.1777. Investors will look to this week’s European Central Bank meeting.

Also taking a beating among European currencies was the Norwegian crown, which fell 1% to its lowest since November 2020 at 8.9320 crowns per dollar.

(Reporting by Ritvik Carvalho; additional reporting by Tom Westbrook in Singapore and Saikat Chatterjee in London, Editing by William Maclean)

Inflation and the Bank of England: what its rate-setters are saying

Bargaining over wages can be more effective if...

Tech in Finance is back! Ebury welcomes European...

Pay and benefits demand surges among three-quarters of...

June 10, 2022
Editorial & Advertiser disclosureEditorial & Advertiser disclosureOur website provides you with information, news, press releases, Opinion and advertorials on various financial products and services. This is not to be considered as financial advice and should be considered only for information purposes. We cannot guarantee the accuracy or applicability of any information provided with respect to your individual or personal circumstances. Please seek Professional advice from a qualified professional before making any financial decisions. We link to various third party websites, affiliate sales networks, and may link to our advertising partners websites. Though we are tied up with various advertising and affiliate networks, this does not affect our analysis or opinion. When you view or click on certain links available on our articles, our partners may compensate us for displaying the content to you, or make a purchase or fill a form. This will not incur any additional charges to you. To make things simpler for you to identity or distinguish sponsored articles or links, you may consider all articles or links hosted on our site as a partner endorsed link.