On possible nuclear strike, Russia says: it’s all in our military doctrine 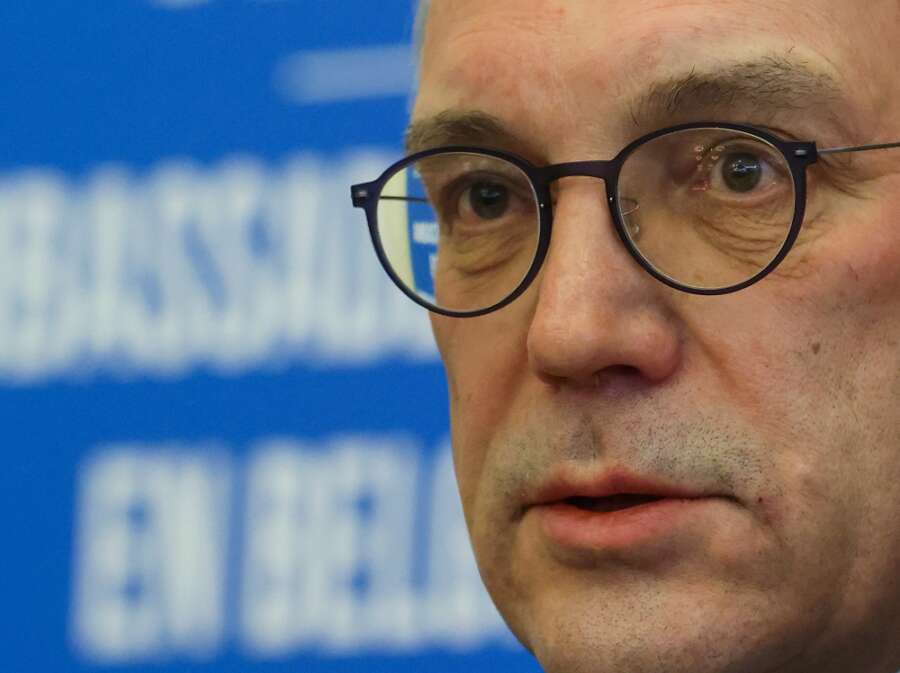 LONDON (Reuters) – Asked if Russia would rule out a preemptive tactical nuclear strike on Ukraine, Russia’s deputy foreign minister said on Tuesday that a decision on the possible use of nuclear weapons was clearly set out in Russia’s military doctrine, RIA reported.

“We have a military doctrine – everything is written there,” Alexander Grushko was quoted by state news agency RIA as saying.

Russia’s official military deployment principles allow for the use of nuclear weapons if they – or other types of weapons of mass destruction – are used against it, or if the Russian state faces an existential threat from conventional weapons.

The decision to use Russia’s vast nuclear arsenal, the biggest in the world, rests with the Russian president, currently Vladimir Putin.

Russia’s invasion has killed thousands of people, displaced nearly 10 million, and raised fears of a wider confrontation between Russia and the United States – by far the world’s biggest nuclear powers.

U.S. Central Intelligence Agency Director William Burns said on Saturday that Putin believes he cannot afford to lose in Ukraine and cautioned that the West could not ignore the risk of the use of tactical nuclear weapons by Moscow.

“We don’t see, as an intelligence community, practical evidence at this point of Russian planning for a deployment or even use of tactical nuclear weapons,” Burns said.

He cautioned, though, that “the stakes are very high for Putin’s Russia.”

A decree signed by Putin on June 2, 2020, said Russia views its nuclear weapons as “exclusively a means of deterrence”.

It repeats the phraseology of the military doctrine but adds details about four circumstances under which a nuclear strike would be ordered. These include reliable information of a ballistic missile attack on Russia and an enemy’s attack “on critical state or military installations of the Russian Federation, the incapacitation of which would lead to the disruption of a response by nuclear forces.”

Putin, who has repeatedly expressed resentment over the way the West treated Russia after the 1991 fall of the Soviet Union, says Ukraine has been used by the United States to threaten Russia.

He justified his Feb. 24 order for a special military operation by saying Ukraine had persecuted Russian speakers and the United States was keen to enlarge the NATO military alliance in a way that would endanger Russia.

U.S. President Joe Biden casts Putin’s invasion of Ukraine as a fight in a much broader global battle between democracy and autocracy. He has also called Putin a war criminal and has said the former KGB spy cannot remain in power.

Ukraine dismisses Russian claims that it persecuted Russian speakers and says it is fighting for its survival. Russia denies Ukrainian and Western accusations that its forces committed war crimes.

HAVE YOUR SAY ON SHELL’S GREEN ENERGY TRANSITION...

Here’s How YOU Can Make Some Extra Money...

API technology and digital ecosystems are key to...

May 19, 2022
Editorial & Advertiser disclosureEditorial & Advertiser disclosureOur website provides you with information, news, press releases, Opinion and advertorials on various financial products and services. This is not to be considered as financial advice and should be considered only for information purposes. We cannot guarantee the accuracy or applicability of any information provided with respect to your individual or personal circumstances. Please seek Professional advice from a qualified professional before making any financial decisions. We link to various third party websites, affiliate sales networks, and may link to our advertising partners websites. Though we are tied up with various advertising and affiliate networks, this does not affect our analysis or opinion. When you view or click on certain links available on our articles, our partners may compensate us for displaying the content to you, or make a purchase or fill a form. This will not incur any additional charges to you. To make things simpler for you to identity or distinguish sponsored articles or links, you may consider all articles or links hosted on our site as a partner endorsed link.