Our website publishes news, press releases, opinion and advertorials on various financial organizations, products and services which are commissioned from various Companies, Organizations, PR agencies, Bloggers etc. These commissioned articles are commercial in nature. This is not to be considered as financial advice and should be considered only for information purposes. It does not reflect the views or opinion of our website and is not to be considered an endorsement or a recommendation. We cannot guarantee the accuracy or applicability of any information provided with respect to your individual or personal circumstances. Please seek Professional advice from a qualified professional before making any financial decisions. We link to various third-party websites, affiliate sales networks, and to our advertising partners websites. When you view or click on certain links available on our articles, our partners may compensate us for displaying the content to you or make a purchase or fill a form. This will not incur any additional charges to you. To make things simpler for you to identity or distinguish advertised or sponsored articles or links, you may consider all articles or links hosted on our site as a commercial article placement. We will not be responsible for any loss you may suffer as a result of any omission or inaccuracy on the website.
Home Headlines EV maker Lucid to launch luxury sedans in Europe in late 2022
Headlines 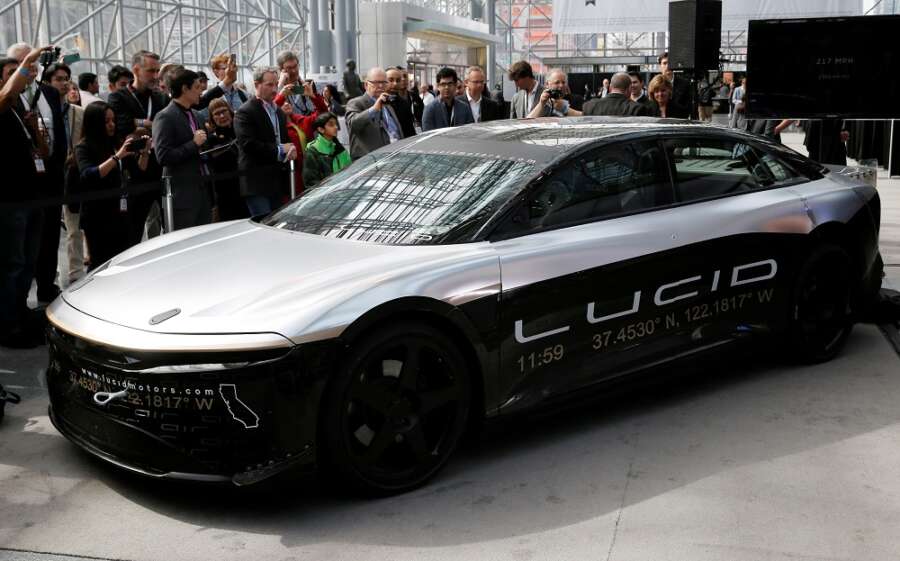 (Reuters) – Electric carmaker Lucid Group plans to launch luxury sedans in Europe later this year, as the Tesla rival aims to expand its footprint outside the United States amid strong global demand for electric vehicles (EVs).

The company will launch its Lucid Air Dream Edition P and R sedans in limited numbers for customers in Germany, Netherlands, Switzerland and Norway in late 2022, it said in a statement on Tuesday.

Last week, the company said it would raise prices for most models from June as it deals with rising raw materials costs, but said it would honor current reservations in a move to avoid the blowback a rival faced.

Lucid said on Tuesday it also plans to open its first European retail location in Munich on May 13, adding it aims to open additional studio and service center locations in Europe this year.

The California-headquartered company, which makes its vehicles at an Arizona plant, last week reiterated its 2022 production volume outlook of 12,000 to 14,000 vehicles.

(Reporting by Shubhendu Deshmukh and Akriti Sharma in Bengaluru; Editing by Sherry Jacob-Phillips)

On possible nuclear strike, Russia says: it’s all in our military doctrine