Our website publishes news, press releases, opinion and advertorials on various financial organizations, products and services which are commissioned from various Companies, Organizations, PR agencies, Bloggers etc. These commissioned articles are commercial in nature. This is not to be considered as financial advice and should be considered only for information purposes. It does not reflect the views or opinion of our website and is not to be considered an endorsement or a recommendation. We cannot guarantee the accuracy or applicability of any information provided with respect to your individual or personal circumstances. Please seek Professional advice from a qualified professional before making any financial decisions. We link to various third-party websites, affiliate sales networks, and to our advertising partners websites. When you view or click on certain links available on our articles, our partners may compensate us for displaying the content to you or make a purchase or fill a form. This will not incur any additional charges to you. To make things simpler for you to identity or distinguish advertised or sponsored articles or links, you may consider all articles or links hosted on our site as a commercial article placement. We will not be responsible for any loss you may suffer as a result of any omission or inaccuracy on the website.
Home Finance New survey reveals staffing companies set to lose big billers amid salary concerns
Finance 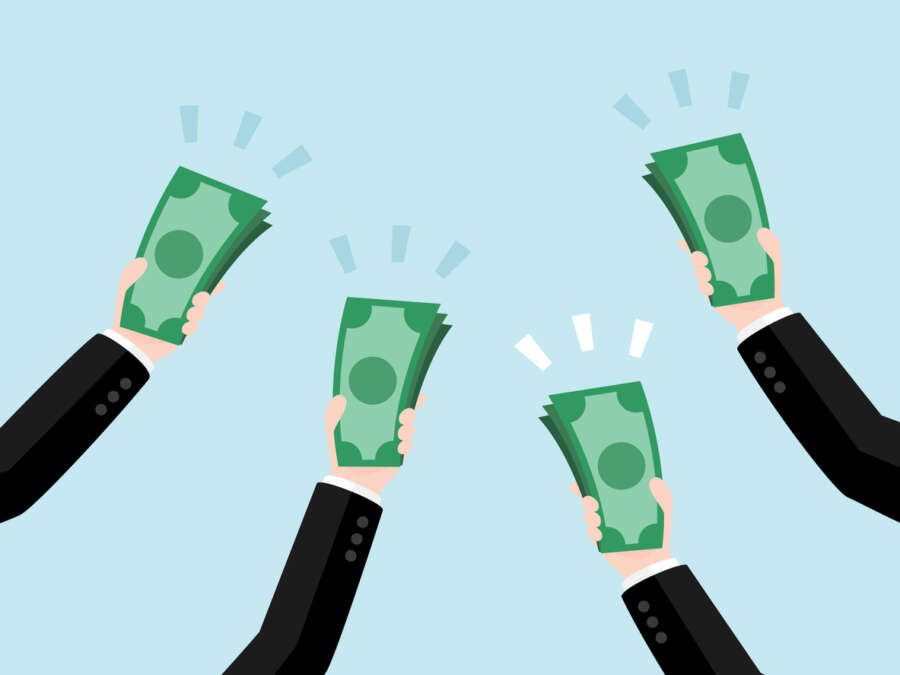 Staffing firms are at risk of losing big billers as pay inflation fails to meet rising demand as competition for staff across the sector grows. That’s according to new research from the Association of Professional Staffing Companies (APSCo).

In its new study – Remuneration Reward & Retention in the Professional Recruitment Sector– APSCo found that only just over a third (34%) of staffing companies were planning to increase average salaries in light of the cost-of-living crisis, despite higher salaries being ranked as the second most common reason for recruiters to switch roles. Those recruitment firms in the pharmaceutical & life sciences and procurement sectors were most likely to increase salaries (60%), however, only between 20-40% of firms from across all other sectors planned to do the same.

The survey of its 1,000+ strong UK membership also revealed that less than half of staffing firms have increased commission ranges for any job function, with the highest percentage (43%) increasing ranges for the resourcing function. This is indicative of recruitment companies turning to commission increases for resourcers as an alternative to pay rises to balance costs in an uncertain economic climate.

According to APSCo, failure to provide the financial incentive to attract and retain staff across all roles could be detrimental to growth as competition for talent grows. Over three quarters (76%) of those surveyed revealed that they had increased headcount by more than 10% in the last 12 months, and more than half (54%) plan to grow their teams by more than 10% in the next year.

Perhaps more concerningly, respondents revealed that C-Suite professionals were less likely to have a clear progression plan, with 58% of these professionals having a development programme compared to 82% of sales managers. This suggests that firms are potentially undervaluing leadership development.

“There will be tough times ahead and holding onto your people, as well as attracting new talent, will be business critical. As the pandemic and the 2008 financial crash showed every employer, losing talent when times get tough will restrict your growth when the opportunity arises.

“It’s critical that the recruitment profession isn’t seen to be behind the curve with regard to rewards and benefits. Across the sector people are concerned about the cost-of-living crisis and they need to be paid a salary that enables them to navigate rising inflation and mortgage rates.

“Beyond financial incentives, the sector needs to address the lack of training and development. Recruitment is a profession and it requires investment in people and skills as much as any other sector does. The lack of training identified in the survey – particularly at leadership level – is a concern for the future skills of the sector. Research we conducted with Saffery Champness revealed that those firms that have a strong core leadership team tend to see quicker expansion, better retention levels and a higher value on exit. Investing in your leaders not only demonstrates your commitment to them, but also ensures that they have the tools to lead in an ever-changing market.”