Our website publishes news, press releases, opinion and advertorials on various financial organizations, products and services which are commissioned from various Companies, Organizations, PR agencies, Bloggers etc. These commissioned articles are commercial in nature. This is not to be considered as financial advice and should be considered only for information purposes. It does not reflect the views or opinion of our website and is not to be considered an endorsement or a recommendation. We cannot guarantee the accuracy or applicability of any information provided with respect to your individual or personal circumstances. Please seek Professional advice from a qualified professional before making any financial decisions. We link to various third-party websites, affiliate sales networks, and to our advertising partners websites. When you view or click on certain links available on our articles, our partners may compensate us for displaying the content to you or make a purchase or fill a form. This will not incur any additional charges to you. To make things simpler for you to identity or distinguish advertised or sponsored articles or links, you may consider all articles or links hosted on our site as a commercial article placement. We will not be responsible for any loss you may suffer as a result of any omission or inaccuracy on the website.
Home Finance Musk says Tesla price cuts triggered demand, 2023 sales could hit 2 million vehicles
Finance 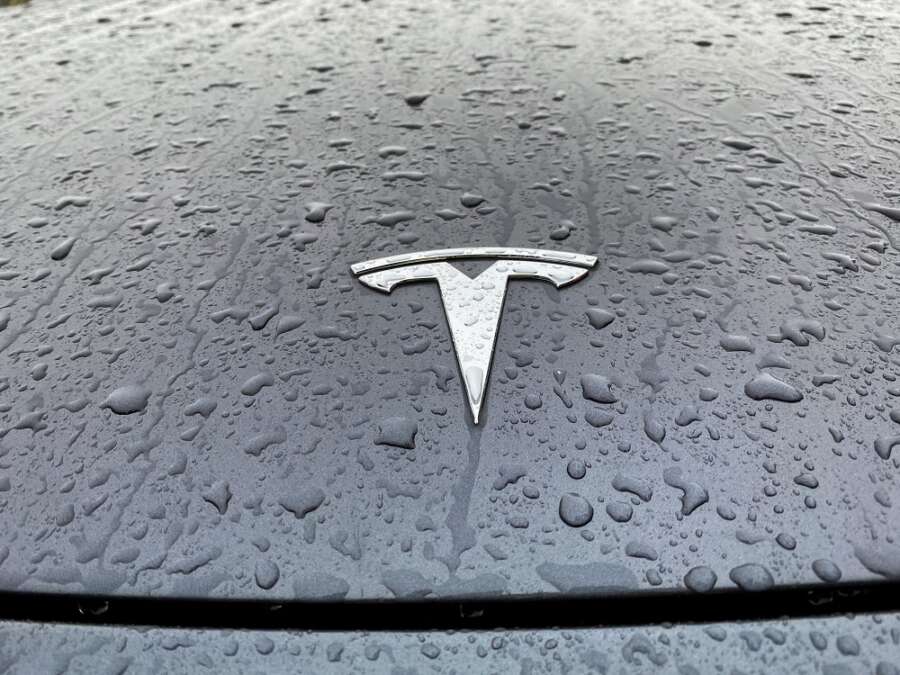 By Hyunjoo Jin and Akash Sriram

The company slightly beat Wall Street targets for fourth-quarter revenue and profit earlier on Wednesday despite a sharp decline in vehicle profit margins, and it sought to reassure investors that it can cut costs to cope with recession and as competition intensifies in the year ahead.

Deep price cuts this month have positioned Tesla as the initiator of a price war, but its forecast of a 37% rise in car volume for the year, to 1.8 million vehicles, was down from 2022’s pace.

Tesla’s sales prospects, as it confronts a weaker economy, are a key focus for investors. The company said it maintains a long-term target of a compounded 50% annual rise in sales.

Musk addressed the issue at the start of a call with investors and analysts.

“These price changes really make a difference for the average consumer,” he said, adding that vehicle orders were roughly double production in January, leading the automaker to make small price increases for the Model Y SUV.

Musk, who has missed his own ambitious sales targets for Tesla in recent years, said that deliveries in 2023 could hit 2 million vehicles, absent external disruption.

“There’s going to be bumps along the way and we’ll probably have a pretty difficult recession this year,” he said. “We think demand will be good despite probably a contraction in the automotive market as a whole.”

The company is relying on older products and Musk said its Cybertruck, its next new electric pickup truck, would not begin volume production until next year. Reuters in November reported that the highly expected model will not be produced in volume until late this year.

Tesla will detail plans for a “next-generation vehicle platform” at its investor day in March.

Tesla said that its automotive profit margins, which dropped to a two-year low of 25.9% in the reported quarter, would be above 20%, pressured by costs of ramping up battery production and new factories in Berlin and Texas, as well as higher raw material, commodity, logistics and warranty costs. Analysts said Tesla’s goal is bullish given the macroeconomic uncertainties.

“I think that you’re going to see some severe demand destruction across consumer spending and I think cars are going to take a big hit,” Edward Moya, senior market analyst at OANDA, said.

Tesla said it does not expect meaningful volume growth in the near term from China, since its Shanghai factory was running near full capacity, rebounding from production challenges earlier this year.

“Even a small cooling of demand will have significant implications for the bottom line,” said Sophie Lund-Yates, an analyst at Hargreaves Lansdown.

Margins generally are expected to be under further pressure from its aggressive price cuts. Tesla, which had made a series of price increases since early 2021, reversed course and offered discounts in December in the United States, followed by price cuts of as much as 20% this month.

Analysts had said Tesla’s profitability gave it room to cut prices and pressure rivals. The company’s $9,000 in net profit per vehicle in the past quarter was more than seven times the comparable figure for Toyota Motor Corp in the third quarter. But it was down from almost $9,700 in the third quarter.

The company’s stock posted its worst drop last year, hit by demand worries and Musk’s acquisition of Twitter, which fueled investor concerns he would be distracted from running Tesla.

Musk dismissed surveys that suggest his political comments on Twitter are damaging the Tesla brand. “I might not be popular” with some, he said, “but for the vast majority of people, my follow count speaks for itself.” He has 127 million followers.

The company said revenue was $24.32 billion for the three months ended Dec. 31, compared with analysts’ average estimate of $24.16 billion, according to IBES data from Refinitiv.

Tesla’s full-year earnings were bolstered by $1.78 billion in regulatory credits, up 21% from a year earlier.

It ended the fourth quarter with 13 days’ worth of vehicles in inventory, more than four times higher than the start of 2022, and a record $12.8 billion in value.

(Reporting by Hyunjoo Jin in San Francisco and Akash Sriram in Bengaluru, Additinoal reporting by Joe White and Ben Klayman in Detroit and Kevin Krolicki in Singapore; Writing by Peter Henderson; Editing by Sriraj Kalluvila and Matthew Lewis)