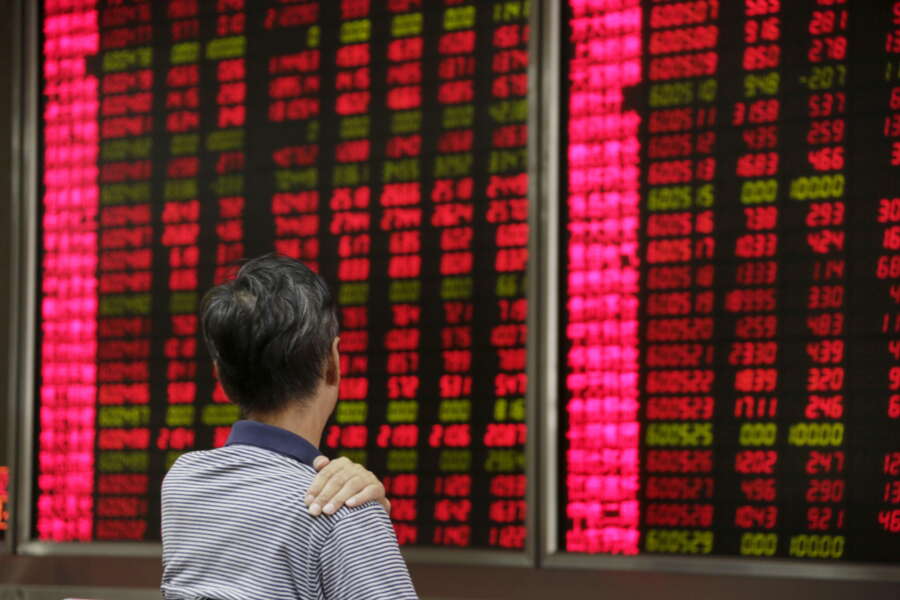 NEW YORK (Reuters) – Global shares edged lower on Tuesday, as new coronavirus outbreaks in Asia vied with strong U.S. consumer confidence, and as investors speculated about whether the Federal Reserve would accelerate its timetable to end easy monetary policy.

The S&P 500 hit a record high for the fourth straight session, helped by technology and banks stocks, and a government survey that showed U.S. consumer confidence in June hit its highest since the pandemic started.

European stocks measured by the the pan-European STOXX 600 index rose 0.31%, helped by a jump in industrial, financial and mining stocks set to benefit from economic improvements.

However, MSCI’s broadest index of Asia-Pacific shares outside Japan closed 0.55% lower, while Japan’s Nikkei lost 0.81%, as some countries re-imposed lockdowns to contain the spread of the Delta variant of COVID-19.

Chinese stocks lost 0.92% as investors booked profits after a rally on the economy’s strong rebound from the pandemic.

Fears over the highly infectious Delta variant are denting sentiment in markets already on edge after the Fed appeared to take a hawkish tilt this month.

“The outlook for policy in general and the U.S. specifically, both fiscal and monetary, is the more relevant factor in the market’s mind right now rather than the spread of the Delta variant,” said James Athey, investment director at Aberdeen Standard Investments.

“That may well prove to be naive or complacent.”

On Friday, markets will watch the U.S. jobs report for June, with economists polled by Reuters expecting a gain of 690,000 jobs this month, up from 559,000 in May.

Those comments and the anticipation of a strong jobs report have investors on edge that the Fed will bring forward its timeline for interest rate increases.

“Inflation is already much higher than the Fed was anticipating, so it is really the pace of improvement in the labor market that stands head and shoulders above every other indicator in terms of when the Fed will feel comfortable signaling the start of tapering,” said Ray Attrill, Head of FX Strategy at National Australia Bank in Sydney.

Germany’s DAX added 1%, grinding higher after data showed an easing of Germany’s annual consumer price inflation in June. The reading of 2.1% was still above the European Central Bank’s target of close to but below 2%.

Oil prices rose as hopes for a demand recovery persisted despite new outbreaks of the Delta variant.

(Reporting by Tom Arnold in London and Elizabeth Dilts Marshall in New York; Editing by David Gregorio and Chizu Nomiyama)

Why corporates must beware of using cryptocurrency

July 18, 2022
Editorial & Advertiser disclosureEditorial & Advertiser disclosureOur website provides you with information, news, press releases, Opinion and advertorials on various financial products and services. This is not to be considered as financial advice and should be considered only for information purposes. We cannot guarantee the accuracy or applicability of any information provided with respect to your individual or personal circumstances. Please seek Professional advice from a qualified professional before making any financial decisions. We link to various third party websites, affiliate sales networks, and may link to our advertising partners websites. Though we are tied up with various advertising and affiliate networks, this does not affect our analysis or opinion. When you view or click on certain links available on our articles, our partners may compensate us for displaying the content to you, or make a purchase or fill a form. This will not incur any additional charges to you. To make things simpler for you to identity or distinguish sponsored articles or links, you may consider all articles or links hosted on our site as a partner endorsed link.