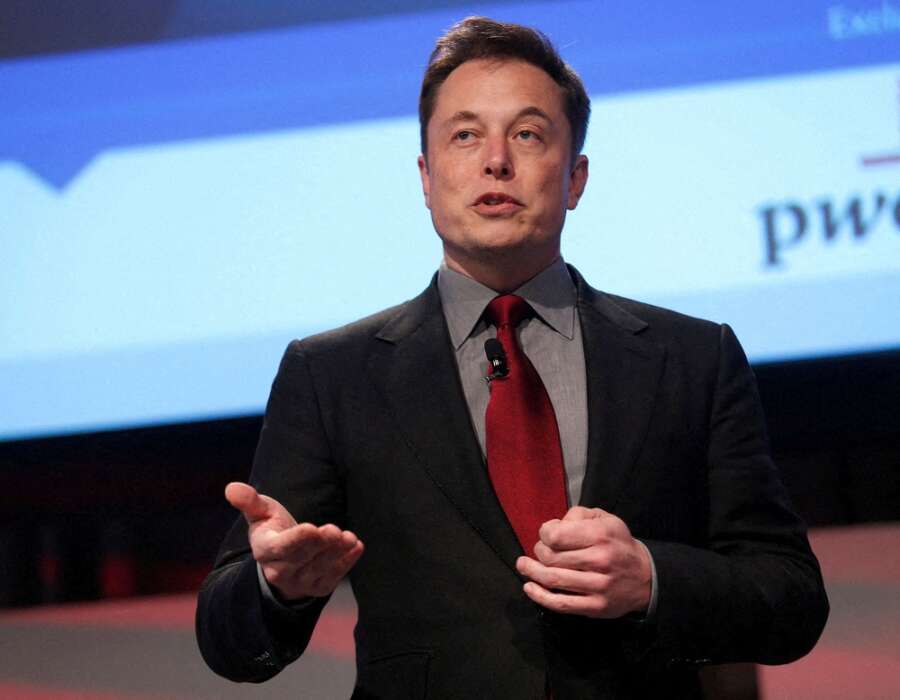 (Reuters) – Elon Musk took aim at Twitter with a $41 billion cash offer on Thursday, with the Tesla CEO and billionaire entrepreneur saying the social media giant needs to be taken private to grow and become a platform for free speech.

“Twitter has extraordinary potential. I will unlock it,” Musk, who is already the company’s second-largest shareholder, said in a letter to Twitter’s board on Wednesday. The offer was made public in a regulatory filing on Thursday.

Musk’s offer price of $54.20 per share represents a 38% premium to Twitter’s April 1 close, the last trading day before his 9.1% stake in the social media platform was made public.

Musk rejected an invitation to join Twitter’s board this week after disclosing his stake, a move which analysts said signaled his takeover intentions as a board seat would have limited his shareholding to just under 15%.

He told Twitter it was his best and final offer and said he would reconsider his investment if the board rejects it.

“Since making my investment I now realize the company will neither thrive nor serve this societal imperative in its current form. Twitter needs to be transformed as a private company,” Musk said in his letter to Twitter Chairman Bret Taylor.

Musk, who calls himself a free-speech absolutist, has been critical of the social media platform and its policies, and recently ran a poll on Twitter asking users if they believed it adheres to the principle of free speech.

Twitter will review the offer with advice from Goldman Sachs and Wilson Sonsini Goodrich & Rosati, a source told Reuters.

Shares in Twitter rose about 5% in pre-market trading to $48.30 in New York, where they were the most actively traded, while Tesla stock fell by about 2%. Based on its Wednesday closing price of $45.85, Twitter’s share price reaction implied a 29% chance of Musk clinching a deal.

The total deal value of $41 billion was calculated based on 763.58 million shares outstanding, according to Refinitiv data.

Musk said U.S. investment bank Morgan Stanley was acting as financial adviser for his offer. However, he did not say how he would finance the transaction if it goes ahead.

“We think Musk could look to fund the transaction, if approved, through a combination of debt financing and potentially Tesla shares. Given the size of the transaction (about $43B), we think it is conceivable that some Tesla shares could be sold given much of his wealth is tied to the company,” CFRA Research analyst Angelo Zino said.

Musk, the richest person in the world according to a tally by Forbes, sold more than $15 billion worth of his Tesla shares, about 10% of his stake in the electric vehicle maker, late last year to settle a tax obligation.

Twitter’s lower-than-expected user additions in recent months have raised doubts about its growth prospects, even as it pursues big projects such as audio chat rooms and newsletters.

“The big question for the Twitter board now is whether to accept a very generous offer for a business that has been a serial underperformer and tends to treat its users with indifference,” Michael Hewson, Chief Market analyst at CMC Markets, said after the announcement of Musk’s offer.

Musk has amassed more than 80 million followers since joining Twitter in 2009 and has used it to make several announcements, including teasing a go-private deal for Tesla that landed him in hot water with regulators.

He has also been sued by former Twitter shareholders who claim they missed out on the recent run-up in its stock price because he waited too long to disclose his stake.

“If he really wants to take Twitter private his past run-ins with regulators might not pose an obstacle – but it might make potential financing sources leery of providing the cash for the deal – unless he is willing to pledge a large portion of his Tesla holdings to collateralize the debt,” Howard Fischer, a partner at law firm Moses & Singer and former senior trial counsel at the U.S. Securities and Exchange Commission (SEC).

Musk’s move also raises the question of whether other bidders might emerge for Twitter, although the initial share price reaction did not suggest this was widely expected.

“It would be hard for any other bidders/consortium to emerge and the Twitter board will be forced likely to accept this bid and/or run an active process to sell Twitter,” Wedbush Securities analyst Daniel Ives wrote in a client note.

“There will be host of questions around financing, regulatory, balancing Musk’s time (Tesla, SpaceX) in the coming days but ultimately based on this filing it is a now or never bid for Twitter to accept,” Ives said.