Our website publishes news, press releases, opinion and advertorials on various financial organizations, products and services which are commissioned from various Companies, Organizations, PR agencies, Bloggers etc. These commissioned articles are commercial in nature. This is not to be considered as financial advice and should be considered only for information purposes. It does not reflect the views or opinion of our website and is not to be considered an endorsement or a recommendation. We cannot guarantee the accuracy or applicability of any information provided with respect to your individual or personal circumstances. Please seek Professional advice from a qualified professional before making any financial decisions. We link to various third-party websites, affiliate sales networks, and to our advertising partners websites. When you view or click on certain links available on our articles, our partners may compensate us for displaying the content to you or make a purchase or fill a form. This will not incur any additional charges to you. To make things simpler for you to identity or distinguish advertised or sponsored articles or links, you may consider all articles or links hosted on our site as a commercial article placement. We will not be responsible for any loss you may suffer as a result of any omission or inaccuracy on the website.
Home Wealth Creation 2023 in private wealth: stability and endurance will take priority over experimentation
Wealth Creation

2023 in private wealth: stability and endurance will take priority over experimentation 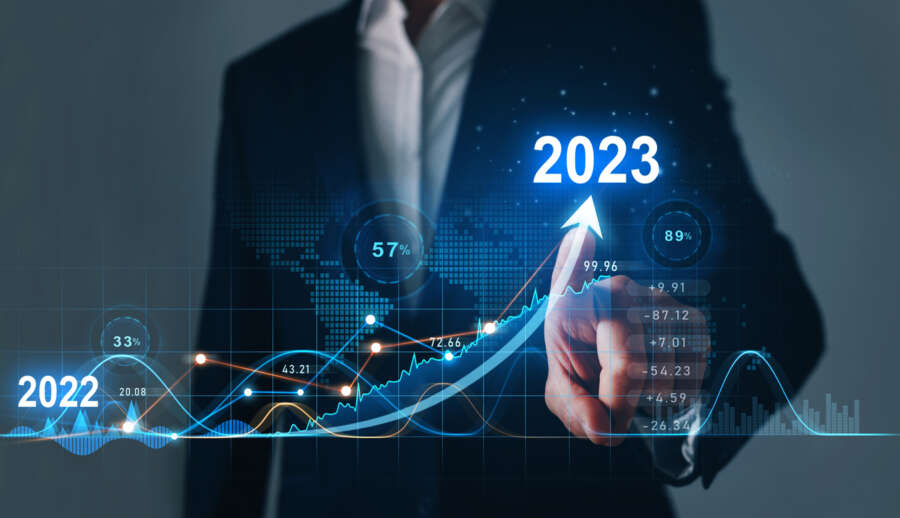 In 2023, private wealth will be protected, enhanced or inherited against a backdrop of geopolitical and economic uncertainty.

The war in Ukraine continues to have serious implications for global food and fuel prices. Governments are struggling with inflation while trying to forge paths to a more sustainable future.

The Institute of International Finance predicts a global economic growth rate of just 1.2% in the next 12 months, which is on par with the post-crash year of 2009.

What will all this mean for private wealth in 2023? Let’s look at a few likely trends.

Diversification will be a key theme

Inevitably, ultra- and high-net-worth individuals (U/HNWI) are looking towards 2023 with a measure of anxiety. Economies hoping for post-pandemic growth are instead weighed down with high inflation and spiralling interest rates. The risk of global recession is rising.

With that in mind, diversification and pragmatism will be key themes of the year.

Sophisticated investors are likely to refocus their investment portfolios, moving wealth from public markets into more recession-proof alternatives such as private debt and real estate. Longer lock-up times will be a price many are willing to pay.

A certain amount of restructuring is also likely, as ambitions narrow and long-term stability becomes the driving force behind financial strategy.

Jurisdictions with the most stable governments and legal systems may benefit from the movement of wealth towards the safest havens.

Against that backdrop, the conflict between privacy and transparency in private wealth may be entering a new phase.

For entirely legitimate reasons, HNWIs want privacy. But governments are looking for increased transparency around the assets held under their jurisdiction.

The struggle to find the right balance has been going on for years and new developments are expected in 2023.

The most recent blow for privacy was struck in late November 2022 by the European Court of Justice (ECJ). It found that stipulations in the Fourth EU Anti Money-Laundering Directive, which insist information on beneficial ownership be made publicly available, breach fundamental rights around privacy and personal data.

The decision is controversial and has widespread implications. Whatever the exact balance between privacy and transparency, what most private wealth practitioners want to see is global consistency.

The ECJ’s ruling comes as a number of jurisdictions – including British Overseas Territories and Crown Dependencies – undertake their own consultations on public registers of beneficial ownership.

The recent trend has been towards greater transparency, but the ECJ’s decision has slowed that momentum. Could 2023 see the pendulum swing back the other way?

Succession planning for security and stability

Current geopolitical turbulence is also persuading many families to secure their futures by putting robust succession plans into place, so that children are financially protected for generations to come, regardless of global headwinds.

Many family heads find it difficult to plan for a time when they are no longer around, but anxiety is focusing minds.

We expect more enquiries around succession planning in the coming 12 months, as families prepare for a future that no longer seems as predictable as it did just a few years ago.

International families with active businesses and diverse asset portfolios have complex financial arrangements. Ensuring their wishes are adhered to when the next generation comes of age takes specialist knowledge and experience.

The trend for “giving back” will grow

Many wealthy families want at least some of their wealth put to work for the benefit of others.

Administering that philanthropy – from one-off donations to long-term charitable foundations – is often a key part of private wealth management.

It’s one that is likely to grow over the next 12 months as families step up their charitable activities during a time of economic distress.

Charity is one way to give something back. Increasingly, ESG investing is another. Many HNWIs are putting ESG at the heart of their investment strategies and using their money to make a real environmental and social impact.

That trend is only likely to grow in 2023, as more ESG-focused funds hit the mainstream and worrisome environmental deadlines creep ever closer.

A year of retrenchment in private wealth

Other long-term trends will persist in 2023. For example, the popularity of foundations as the structure of choice for those with diverse assets has been growing for a number of years, and will likely continue in 2023.

But overall, the sense is of a sector looking to protect and endure rather than innovate and experiment.

There will be significant movements of wealth – but stability will be the watchword, in terms of investment portfolios, structures and jurisdictions. Similarly, privacy will be prioritised over control in entity governance.

In other words, private wealth is looking to weather the storms of 2023 – and hopes to emerge smiling into the sunshine when they eventually pass.