Home Business Would your corporate team make the top 2%? Surprising research by Mystery Escape Room finds co-workers are the least likely to succeed
Our website publishes news, press releases, opinion and advertorials on various financial organizations, products and services which are commissioned from various Companies, Organizations, PR agencies, Bloggers etc. These commissioned articles are commercial in nature. This is not to be considered as financial advice and should be considered only for information purposes. It does not reflect the views or opinion of our website and is not to be considered an endorsement or a recommendation. We cannot guarantee the accuracy or applicability of any information provided with respect to your individual or personal circumstances. Please seek Professional advice from a qualified professional before making any financial decisions. We link to various third-party websites, affiliate sales networks, and to our advertising partners websites. When you view or click on certain links available on our articles, our partners may compensate us for displaying the content to you or make a purchase or fill a form. This will not incur any additional charges to you. To make things simpler for you to identity or distinguish advertised or sponsored articles or links, you may consider all articles or links hosted on our site as a commercial article placement. We will not be responsible for any loss you may suffer as a result of any omission or inaccuracy on the website.
Business

Would your corporate team make the top 2%? Surprising research by Mystery Escape Room finds co-workers are the least likely to succeed 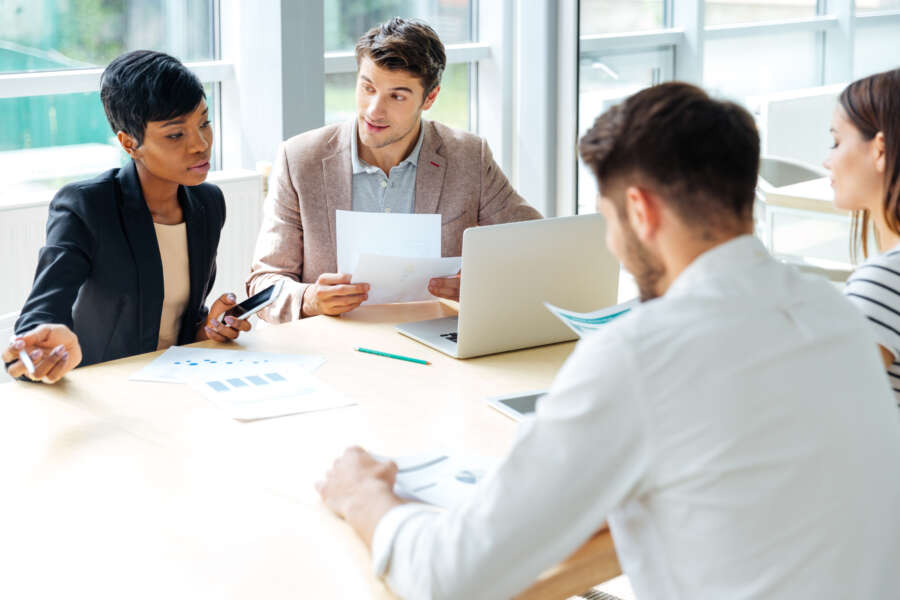 Research on 5,000+ teams participating in onsite and online escape rooms identifies characteristics of teams in the top 2%—and the bottom 2%

Salt Lake City—Most companies take pride in having the best employees to get the job done—but a massive survey by Mystery Escape Room (www.mysteryescaperoom.com) finds corporate teams are the worst performers at working together and getting the task done.

The research involving 5,424 escape experiences shows teams of strangers are the most likely to be a top 2% team—and corporate teams are the least likely to reach this elite status. The in-person or online escape room experiences bring teams to work together, discover clues and solve a mystery before time runs out. Here are some of the findings:

“These findings should be a wake-up call for corporate leaders that they need to create a safe environment where everyone will want to participate on projects without the fear of appearing stupid or making a mistake,” said Les Pardew, president and founder of Mystery Escape Room. “Strangers are the most likely to get the assignment done with time to spare because they are less intimidated about what they are being told or what others think about them.”

More than half of the Fortune 100 companies have participated in Mystery Escape Rooms to develop leadership, teamwork and communication among employees. Pardew is partnering with Carnegie Mellon University to create the world’s largest database on team performance research. More details from the research can be found here.

An executive at a major engineering firm said he will continue to use the online escape rooms to help with team building. “I found the exercise not only challenging but revealing about our team members,” he said. “All of the aspects have parallels to the jobs each of our folks does.”The executive added he will incorporate what they learn at the escape rooms for team and individual development plans.

“Companies are discovering online escape rooms are an ideal way to bring employees from around the globe to promote team building and identify ways to be more successful,” added Pardew. “Escape rooms are fun but they also can make a profound difference by helping teams find ways to succeed and identify tactics that lead to failure.”

Live facilitators guide teams of four to 12 people to discover clues to escape different-themed rooms—like Sherlock Holmes, Nancy Drew and Downton Abbey. After the experience,  facilitators have a debriefing with teams to identify group dynamics and to review what did and did not work.