Our website publishes news, press releases, opinion and advertorials on various financial organizations, products and services which are commissioned from various Companies, Organizations, PR agencies, Bloggers etc. These commissioned articles are commercial in nature. This is not to be considered as financial advice and should be considered only for information purposes. It does not reflect the views or opinion of our website and is not to be considered an endorsement or a recommendation. We cannot guarantee the accuracy or applicability of any information provided with respect to your individual or personal circumstances. Please seek Professional advice from a qualified professional before making any financial decisions. We link to various third-party websites, affiliate sales networks, and to our advertising partners websites. When you view or click on certain links available on our articles, our partners may compensate us for displaying the content to you or make a purchase or fill a form. This will not incur any additional charges to you. To make things simpler for you to identity or distinguish advertised or sponsored articles or links, you may consider all articles or links hosted on our site as a commercial article placement. We will not be responsible for any loss you may suffer as a result of any omission or inaccuracy on the website.
Home Headlines World stocks slip as markets await U.S. midterms outcome
Headlines 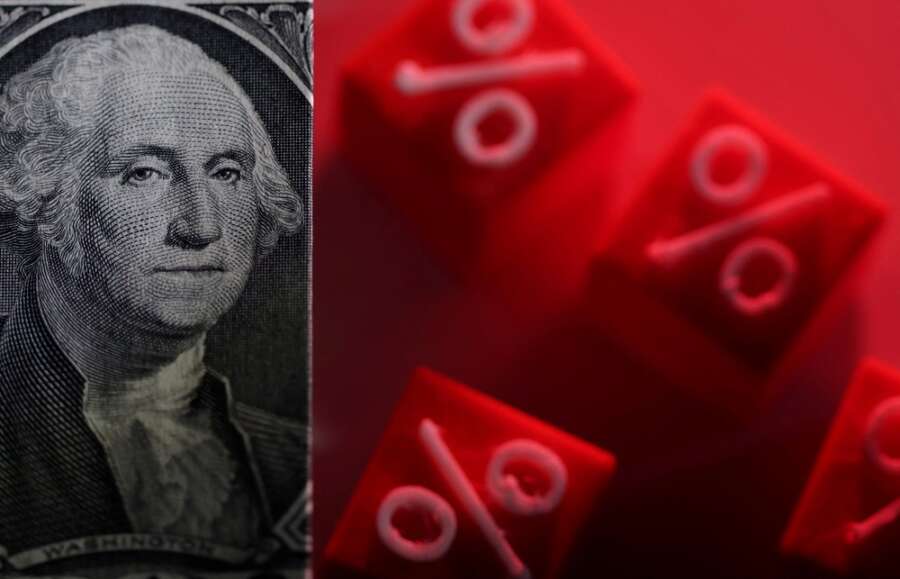 NEW YORK (Reuters) – World stocks slid below recent seven-week highs and the dollar rose on Wednesday as investors awaited both the results of the U.S. midterm elections and key data on consumer prices that could alter the Federal Reserve’s policy on interest rates.

Bitcoin, the biggest cryptocurrency by market value, fell 7.09% to $17,235.00 amid concerns about the stability of the sector after a “liquidity crunch” forced major exchange FTX into a deal with rival Binance.

Stocks in Europe and on Wall Street were lower as a still unclear outcome in the U.S. elections, with neither the Republicans or Democrats likely to control both chambers of Congress, muddied the outlook for issues such as fiscal spending and regulation.

“The market is going to get what it wants: it’s going to get divided government. It means gridlock is the agenda item for the next two years,” said Anthony Saglimbene, chief market strategist at Ameriprise Financial in Troy, Michigan.

“It’s not going to seriously alter spending, but it’s also going to block any material increases in spending,” he said.

Stock markets have tended to perform better under a split government when a Democrat is in the White House.

Average annual S&P 500 returns have been 14% in a split Congress and 13% in a Republican-controlled Congress under a Democratic president, according to data since 1932 analyzed by RBC Capital Markets. That compares with 10% when Democrats controlled both the presidency and Congress.

Asian shares overnight edged up as the election results rolled in, but MSCI’s all-country world index shed 0.82% and the pan-European STOXX 600 index lost 0.20%. 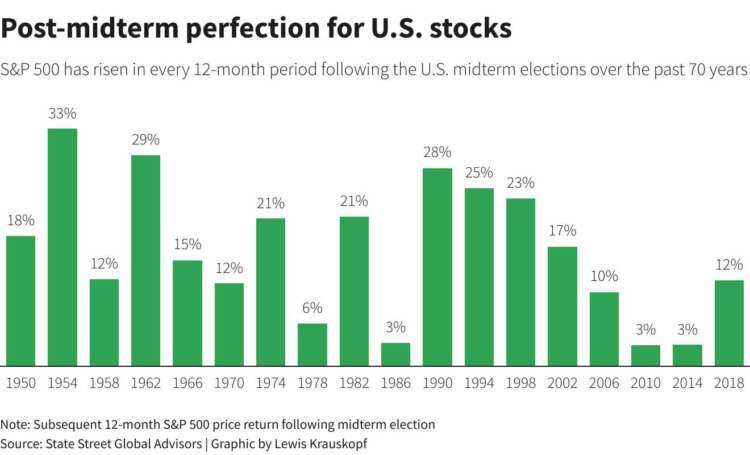 Meta Platforms Inc gained 6.73% after the Facebook parent said it would cut 13% of its workforce, a decision to reduce spending that investors cheered. But a weak advertising market for Meta also points to the difficult economic outlook as the Fed hikes rates to tame stubbornly high inflation.

Data on the U.S. consumer price index (CPI) is due on Thursday, with economists polled by Reuters forecasting a decline in both the monthly and yearly core numbers for October to 0.5% and 6.5%, respectively.

Some in the market have speculated the U.S. central bank can reduce its target lending rate if data shows inflation ebbing, but others see it moving “higher for longer” in Fed parlance.

Florian Ielpo, a portfolio manager from Lombard Odier Asset Management, said the inflation data was a larger concern for markets than the U.S. elections.

“The perspective of that inflation number overshadows everything else, inclusive of the U.S. political situation. We need lower inflation to keep our eyes off the Fed and start looking elsewhere,” said Ielpo, who heads the macro and multi asset departments for the Swiss asset manager.

Federal fund futures show the Fed’s target rate will peak at 5.111% in June 2023, which indicates policymakers must hike rates by more than 125 basis points from their current 3.75%-4.0% range.

U.S. money markets price in a 50 basis point Fed interest rate hike in December and a roughly 33% chance of a bigger 75-bps increase.

The yen weakened 0.45% versus the dollar at 146.35, after weakening overnight to 145.17, its lowest level against the Japanese currency this month.