Home Wealth Creation What will a post-COVID global economy look like?
Our website publishes news, press releases, opinion and advertorials on various financial organizations, products and services which are commissioned from various Companies, Organizations, PR agencies, Bloggers etc. These commissioned articles are commercial in nature. This is not to be considered as financial advice and should be considered only for information purposes. It does not reflect the views or opinion of our website and is not to be considered an endorsement or a recommendation. We cannot guarantee the accuracy or applicability of any information provided with respect to your individual or personal circumstances. Please seek Professional advice from a qualified professional before making any financial decisions. We link to various third-party websites, affiliate sales networks, and to our advertising partners websites. When you view or click on certain links available on our articles, our partners may compensate us for displaying the content to you or make a purchase or fill a form. This will not incur any additional charges to you. To make things simpler for you to identity or distinguish advertised or sponsored articles or links, you may consider all articles or links hosted on our site as a commercial article placement. We will not be responsible for any loss you may suffer as a result of any omission or inaccuracy on the website.
Wealth Creation 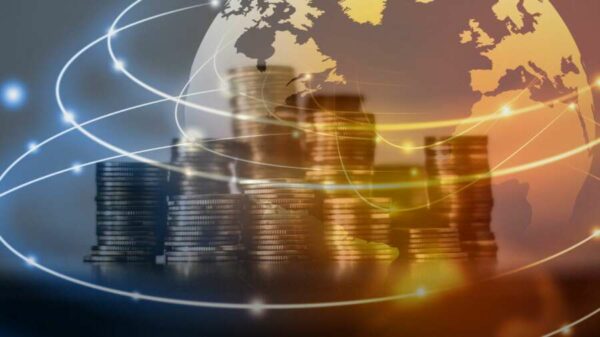 By Damon Culbert from TIC Finance, Asset & Fund Management Professionals in the UK.

The fall in global markets is inevitable in the face of such events as the coronavirus pandemic. As ‘unknown unknowns’, there is no basis for the market to respond, resulting in the vast uncertainty we are already seeing.

Because of this, as well as the outbreak’s influence on almost every country across the world, the market is unable to make accurate valuations of how or where it trades. For example, oil dropped to its lowest value in history in April, temporarily falling below zero thanks to a considerable decrease in demand. Whereas, on the other hand, gold is on the up, maintaining its reputation as the standard asset of the terrified.

With the last pandemic on this scale occurring almost outside of living memory, the initial shock from China’s outbreak has led to global panic that has influenced every aspect of our lives. Since nobody is certain if they should be buying or selling, or at what price to be working from, the market can only produce spurious evaluations as they trade. This unprecedented period now threatens tandem international health and economic crises.

The fragility of markets is translating into a crashing and zooming of prices at a global level. Though this uncertainty may be beneficial for traders, it isn’t so for investors. This combination is also usually a precursor to even more troubling things to come. Now, more than ever, it’s clear that certainty is an asset and uncertainty a constraining liability.

Getting back to normal

Market prices represent the best estimates of what are essential a group of well-informed fortune tellers and. These prices connect the global markets together, representing how influence of the virus across the world has resulted in mass volatility. Thankfully, we are already seeing this volatility level out – a sign that things are heading in the direction of relative normality.

So far, the crash hasn’t been as deep as many had feared. The 25 per cent market crash we have seen suggests that many people can expect an uncomfortable ride for the next couple of years. However, a 40 per cent slump that some predicted would have meant at least five years of continued economic hardship.

Thanks to the nature of the markets, in that its forecast spans roughly the next year, we can already measure how the global economy will pan out throughout the rest of 2020. Therefore, the outlook of today’s DOW and FTSE is likely to reflect how it will look to those keeping track in early 2021.

How to predict the future

By looking at how the markets reacted to the most improbable, devastating effects of the pandemic’s reach across the globe, it is possible for economists to plan accordingly. Barring some other global catastrophe (which could well be waiting to make its entrance in the last half of this already ragged year), the direction the global market has already taken indicates how its trend will continue over the next year.

The considerable drop the pandemic has caused comes as little surprise from our current standpoint. The central banks, such as the Bank of England were completely nonplussed by the event and had no real process to follow in mitigating its effects. This, in addition to the way so many previously conservative regimes, such as in the UK, have had to implement massive social support strategies to keep many above water and the sheer impossibility of business as usual for huge swathes of our economy, show this was entirely inevitable.

However, there are still likely to be bumps in the road to this predicted future the markets show us now. The good news is that, according to current expectations, many industries will make a strong and quick recovery should public health measures continue to limit the spread of the virus. As records of the Spanish Flu show, the second wave of the disease was more calamitous than the first, but many remain hopeful that the past won’t be repeating itself this time.

Though the market may have levelled out for the next year, the ‘Black Swan’ event that is COVID-19 exists among several other epidemics and pandemic that we’ve seen in recent year, with the H1N1 Bird Flu claiming tens of thousands of lives just over a decade ago and two other coronaviruses cropping up in the last 20 years. What we may be able to conclude about the future from this event and its effects on our economic system are that emerging viruses are more common than we want to admit.

Though the onset of such an event as a global pandemic may have been inevitable, if impossible to place in time, the way the market has reacted, as well as how populations around the planet have adapted, will hopefully provide important lessons on how to prepare for similar events in the future.

The better investment direction is sustainable and ethical wealth creation