Our website publishes news, press releases, opinion and advertorials on various financial organizations, products and services which are commissioned from various Companies, Organizations, PR agencies, Bloggers etc. These commissioned articles are commercial in nature. This is not to be considered as financial advice and should be considered only for information purposes. It does not reflect the views or opinion of our website and is not to be considered an endorsement or a recommendation. We cannot guarantee the accuracy or applicability of any information provided with respect to your individual or personal circumstances. Please seek Professional advice from a qualified professional before making any financial decisions. We link to various third-party websites, affiliate sales networks, and to our advertising partners websites. When you view or click on certain links available on our articles, our partners may compensate us for displaying the content to you or make a purchase or fill a form. This will not incur any additional charges to you. To make things simpler for you to identity or distinguish advertised or sponsored articles or links, you may consider all articles or links hosted on our site as a commercial article placement. We will not be responsible for any loss you may suffer as a result of any omission or inaccuracy on the website.
Home Business UK Trade With China is Going to Be Very Different
Business

UK Trade With China is Going to Be Very Different 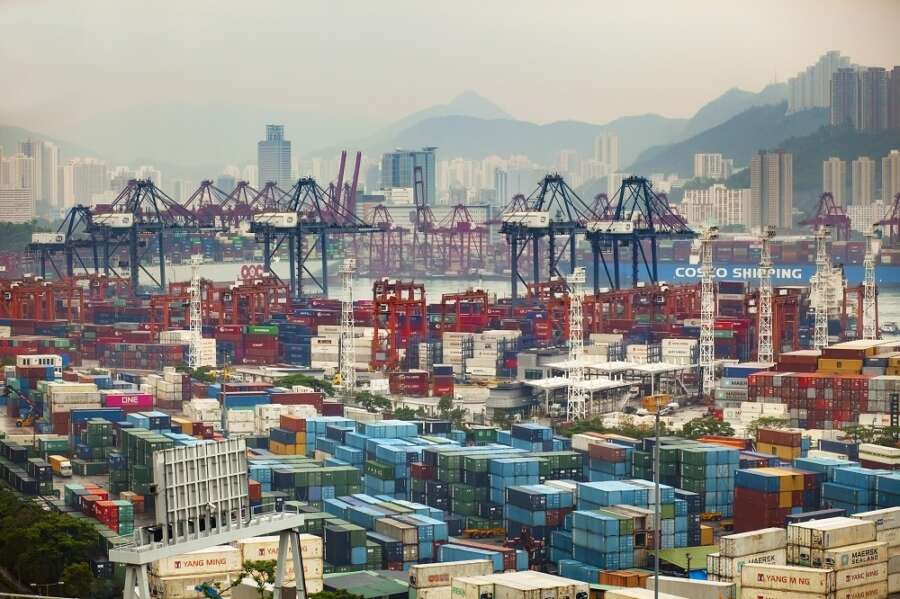 The UK is on the verge of another era of importation from China. One in which increasingly well known consumer and business brands take the lead alongside the current dominance of value based consumer products.

There are also largely unrecognised, but nevertheless, very significant and growing commercial opportunities to sell to Chinese nationals in the UK, including 300,000 living in London as part of an overall population of 700,000, plus 216,000 studying at universities.

In fact, with Chinese students abroad having an average annual disposable income of £55,000, according to a study by China’s leading credit card company Union Pay, the demographic in the UK is a significant market in its own right, but also a good sales testing ground, and route to initial introduction of brand presence to Chinese buyers before entry to the mainland.

Up to now, imports from China are best known for being cheaper clothing, and consumer goods ranging from garden furniture, kitchenware, and toys. Now they have been joined by home appliances, gaming, computer, communications, and consumer electronics like Anker and DJI. In addition, ecommerce brands such as Shein, are becoming strong competitors of British counter parts Booho, ASOS and others.

Although there are an increasing number of Chinese brands selling in the UK, British counterparts are finding it more difficult to market their products in China as consumers become more and more picky, and current and previous communications strategies might not work anymore.

One of the reasons for the success of Chinese e-commerce brands is that many own their supply chains. For example, Shein has comprehensive design and production capabilities allowing it to produce 200 new models every day that can be shipped within seven days. This gives it ‘just in time’ advantage over rivals despite manufacture being on the Chinese mainland.

Another factor in the rise of higher quality Chinese brands, is that they have learned and implemented marketing practice in the West, and the quality and design of products is a match for indigenous rivals, and often identifiably superior.

Chinese exports have developed from being primarily volume based products to recognised brands that have invested in exploring overseas markets in order to compete effectively, which is a lesson many Western brands need to learn when trying to enter China.

China is second biggest consumer market in the World, and it is growing fast. Sales grew nearly 40 per cent in the first quarter of 2021, and it is increasingly important for luxury and fashion. However, it is becoming a design and manufacturing hub in its own right. According to General Administration of Customs in China, it exported £32 billion in fashion in 2020.

UK Exports To China Will Continue To Be Weak

It is inevitable that post Brexit, the UK will enter trade agreements with China. Following the announcement of the EU referendum result, there were celebrations in China at the prospect of being able to obtain the first formal trade arrangement with a leading Western economy.

There is great Chinese enthusiasm for UK culture. This ranges from a fascination for historic sites, television programming such as Downton Abbey, Sherlock and Dr Who, period film dramas to iconic clothing brands and high quality niche products.

In addition, business practice in the UK is considered to be conducted in a gentlemanly, reliable and well regulated manner, with London being the favoured location for private overseas investment. British universities are also the most popular for Chinese international study, with student numbers significantly rising annually.

Yet despite all the attributes that provide advantages for UK exports to Chinese markets, there is a major problem in developing trade into China. Britain has products and services that will unquestionably sell. The problem is almost no companies understand how to do so effectively.

There are fewer than 30 individuals in the UK with the knowledge and experience to produce a strategic plan for successful selling in Chinese mainland markets. For example, when Marks and Spencer entered China, it did not modify shopper experience for Chinese customers, and used marketing strategy from back home in the UK. Ironically, it did it not alter the sizing of garments to suit Chinese consumers – clothing that was made, and had labels applied in China.

China is never an easy market, and outside brands and retailers need a comprehensive understanding of local consumers, and the correct planning and strategy.

There is somehow a belief that Chinese markets are simpler to operate in, that buyers in consumer and B2B sectors are less sophisticated when, in fact, the very opposite is true. Customer service and marketing practice in China is five to ten years ahead of anything in West. Chinese consumers are very picky in terms of what marketing they will respond to, sales journey and brand proposition.

The biggest problem for UK export to China is not just the lack of awareness and preparation. It is that these two serious flaws are not recognised, including among government business departments.

There is major need for a practical strategy for educating and coaching businesses in preparation for Chinese markets. For this reason, the growth in trade with China will continue, but it will be one sided.