Our website publishes news, press releases, opinion and advertorials on various financial organizations, products and services which are commissioned from various Companies, Organizations, PR agencies, Bloggers etc. These commissioned articles are commercial in nature. This is not to be considered as financial advice and should be considered only for information purposes. It does not reflect the views or opinion of our website and is not to be considered an endorsement or a recommendation. We cannot guarantee the accuracy or applicability of any information provided with respect to your individual or personal circumstances. Please seek Professional advice from a qualified professional before making any financial decisions. We link to various third-party websites, affiliate sales networks, and to our advertising partners websites. When you view or click on certain links available on our articles, our partners may compensate us for displaying the content to you or make a purchase or fill a form. This will not incur any additional charges to you. To make things simpler for you to identity or distinguish advertised or sponsored articles or links, you may consider all articles or links hosted on our site as a commercial article placement. We will not be responsible for any loss you may suffer as a result of any omission or inaccuracy on the website.
Home Headlines UK nurses begin biggest strike ballot in more than 100 years
Headlines 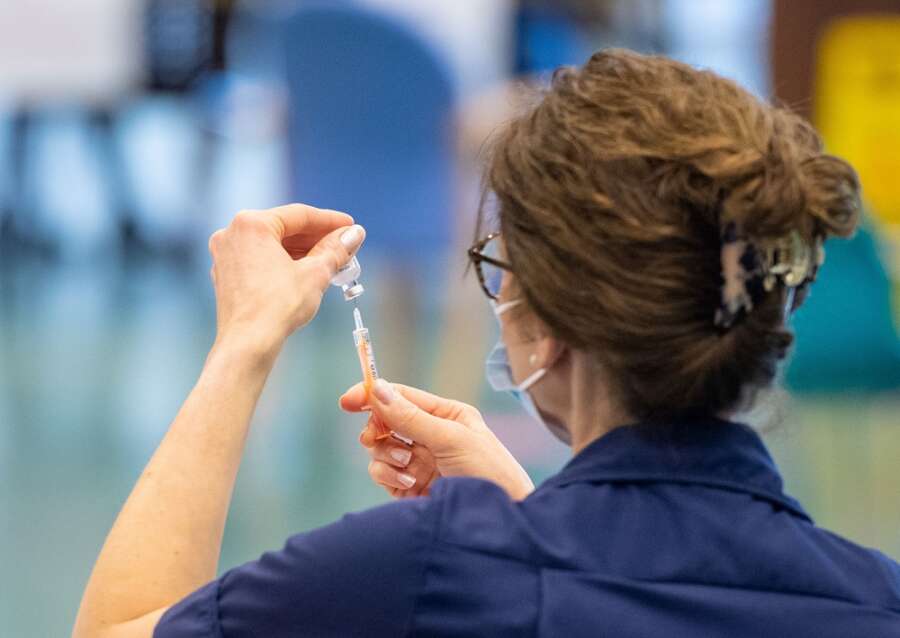 LONDON (Reuters) -More than 300,000 members of Britain’s largest nursing union will begin voting on Thursday over a strike to demand a pay rise that keeps up with soaring inflation, the biggest ballot in its 106-year history.

The Royal College of Nursing said it had been forced into the move after years of real-terms wage cuts deterred people from joining the state-funded National Health Service (NHS), leaving huge staffing gaps across the service.

“We are understaffed, undervalued and underpaid,” RCN General Secretary and Chief Executive Pat Cullen said. “For years our profession has been pushed to the edge, and now patient safety is paying the price.”

The union said it wanted a pay rise of 5% above inflation to overcome real-term pay cuts as its members struggle to cope with the soaring cost of living.

The union’s boss said below inflation pay meant workers could neither afford to stay in or join the profession, adding that “patient care was at risk” due to thousands of unfilled nursing jobs across Britain.

A spokesperson for the government’s Department of Health and Social Care said they hoped nurses would consider carefully the impact any strike would have on patients.

“We value the hard work of NHS nurses and are working hard to support them,” the spokesperson said, setting out previous pay rises it had given to the sector.

A wave of industrial action could hit Britain’s healthcare system as both junior doctors and ambulance workers also plan to ballot over pay disputes.

Almost 3,000 paramedics and ambulance workers will be balloted for strike action in England, the GMB trade union announced on Thursday.

The British Medical Association (BMA) announced on Monday that junior doctor members will ballot for industrial action in early January after the government failed to meet their pay demands.

The NHS, still recovering from the hit to services during the COVID-19 pandemic, is facing its worst ever staffing crisis amid a backlog for care.

The NHS, which has provided healthcare free at the point of use since 1948, has also seen a record rise in the number of people waiting to start routine hospital treatment and increased wait times at accident and emergency departments.