Our website publishes news, press releases, opinion and advertorials on various financial organizations, products and services which are commissioned from various Companies, Organizations, PR agencies, Bloggers etc. These commissioned articles are commercial in nature. This is not to be considered as financial advice and should be considered only for information purposes. It does not reflect the views or opinion of our website and is not to be considered an endorsement or a recommendation. We cannot guarantee the accuracy or applicability of any information provided with respect to your individual or personal circumstances. Please seek Professional advice from a qualified professional before making any financial decisions. We link to various third-party websites, affiliate sales networks, and to our advertising partners websites. When you view or click on certain links available on our articles, our partners may compensate us for displaying the content to you or make a purchase or fill a form. This will not incur any additional charges to you. To make things simpler for you to identity or distinguish advertised or sponsored articles or links, you may consider all articles or links hosted on our site as a commercial article placement. We will not be responsible for any loss you may suffer as a result of any omission or inaccuracy on the website.
Home Headlines UK housing market shows strains from “mini-budget”: Rightmove
Headlines 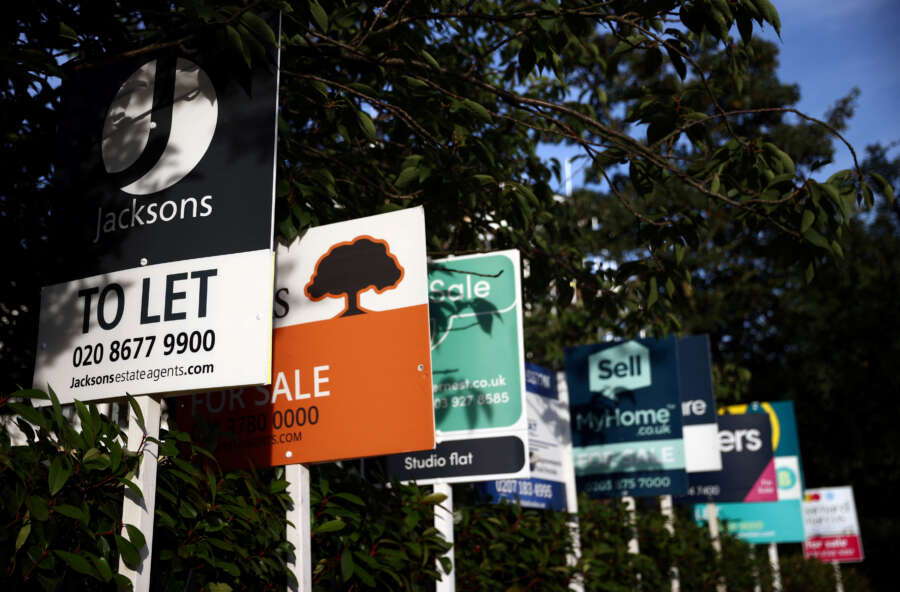 Asking prices for homes coming to the market rose by 7.8% year-on-year in October, the smallest increase since January.

Britain’s housing market had already been showing signs of cooling after a more than 20% surge in prices since the start of the pandemic as the cost of living rose and the Bank of England steadily increased interest rates.

The turmoil meant some institutions temporarily stopped selling mortgages to new customers, while others ramped up repayment rates for new loans.

Rightmove said the first-time buyer category had been hit hardest by the uncertainty.

Rightmove reported a rush of buyers trying to complete sales before mortgage offers fixed at prior lower repayment rates expired.

“It’s understandable that some new movers who have the option to wait may want a clearer view than they’re getting right now before they proceed with a major purchase such as a home,” he said.

Rightmove’s index of asking prices, which is not seasonally adjusted, typically falls in November and December.