Our website publishes news, press releases, opinion and advertorials on various financial organizations, products and services which are commissioned from various Companies, Organizations, PR agencies, Bloggers etc. These commissioned articles are commercial in nature. This is not to be considered as financial advice and should be considered only for information purposes. It does not reflect the views or opinion of our website and is not to be considered an endorsement or a recommendation. We cannot guarantee the accuracy or applicability of any information provided with respect to your individual or personal circumstances. Please seek Professional advice from a qualified professional before making any financial decisions. We link to various third-party websites, affiliate sales networks, and to our advertising partners websites. When you view or click on certain links available on our articles, our partners may compensate us for displaying the content to you or make a purchase or fill a form. This will not incur any additional charges to you. To make things simpler for you to identity or distinguish advertised or sponsored articles or links, you may consider all articles or links hosted on our site as a commercial article placement. We will not be responsible for any loss you may suffer as a result of any omission or inaccuracy on the website.
Home Headlines UK banks and insurers told to step up help for struggling customers
Headlines 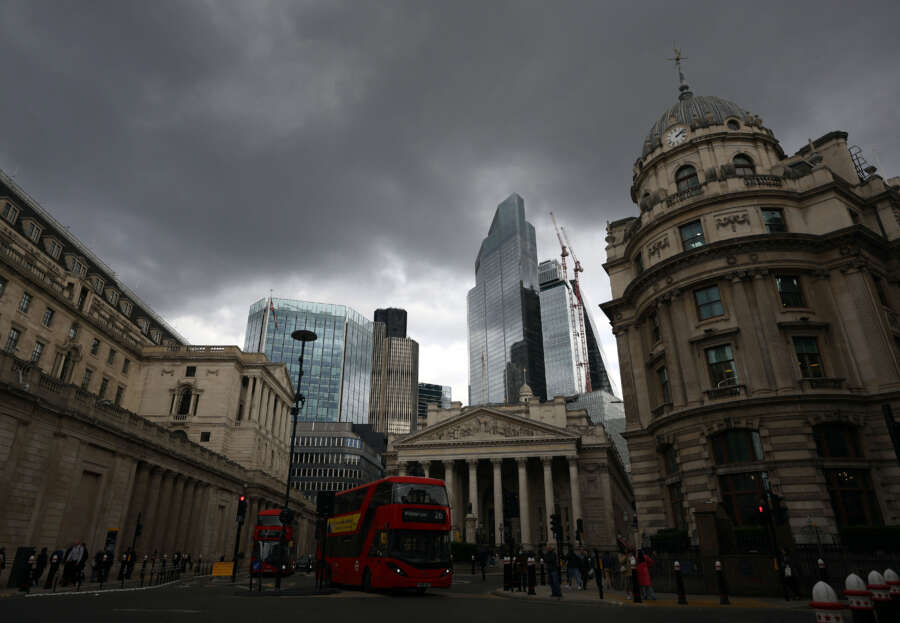 LONDON (Reuters) – Britain’s Financial Conduct Authority (FCA) told banks and insurers on Thursday to do more to help customers struggling with a cost of living crisis as it investigates 40 banks for dragging their feet.

Sheldon Mills, the watchdog’s head of competition and consumers, said that in May over nine million people had too much debt, up by two million since 2020.

“We’ve told lenders that we expect them to support struggling customers, particularly as they have the data to spot the warning signs first,” Mills told a City & Financial conference.

“We have identified 30 firms that need to do more to help struggling customers and will investigate the activities of 40 more,” Mills said.

“While we will intervene where we see bad practice, I know that the majority are doing the right thing.”

There was also a risk of people not renewing insurance policies to save money, leaving themselves unprotected.

“The last thing you want is your roof leaking or a flood and you have no insurance during a cost of living crisis when your mortgage is going up,” Mills said.

Mills said the watchdog was holding weekly discussions internally on fallout from the cost of living crisis given that over two million people on variable rate mortgages are seeing immediate increases to their borrowing costs.

Over three million customers have fixed rate deals that are due to expire in the next two years, meaning they face a big hike in monthly payments.

“We are monitoring developments closely and will be working with industry to ensure that consumers are treated fairly during this period,” Mills said.

People with savings should see greater nominal returns due to higher rates.

Mills said the FCA expected banks to explain clearly to the watchdog how they decide on the pace at which they pass on rate increases to savers.