Our website publishes news, press releases, opinion and advertorials on various financial organizations, products and services which are commissioned from various Companies, Organizations, PR agencies, Bloggers etc. These commissioned articles are commercial in nature. This is not to be considered as financial advice and should be considered only for information purposes. It does not reflect the views or opinion of our website and is not to be considered an endorsement or a recommendation. We cannot guarantee the accuracy or applicability of any information provided with respect to your individual or personal circumstances. Please seek Professional advice from a qualified professional before making any financial decisions. We link to various third-party websites, affiliate sales networks, and to our advertising partners websites. When you view or click on certain links available on our articles, our partners may compensate us for displaying the content to you or make a purchase or fill a form. This will not incur any additional charges to you. To make things simpler for you to identity or distinguish advertised or sponsored articles or links, you may consider all articles or links hosted on our site as a commercial article placement. We will not be responsible for any loss you may suffer as a result of any omission or inaccuracy on the website.
Home News U.S. weekly jobless claims fall to 16-month low
News 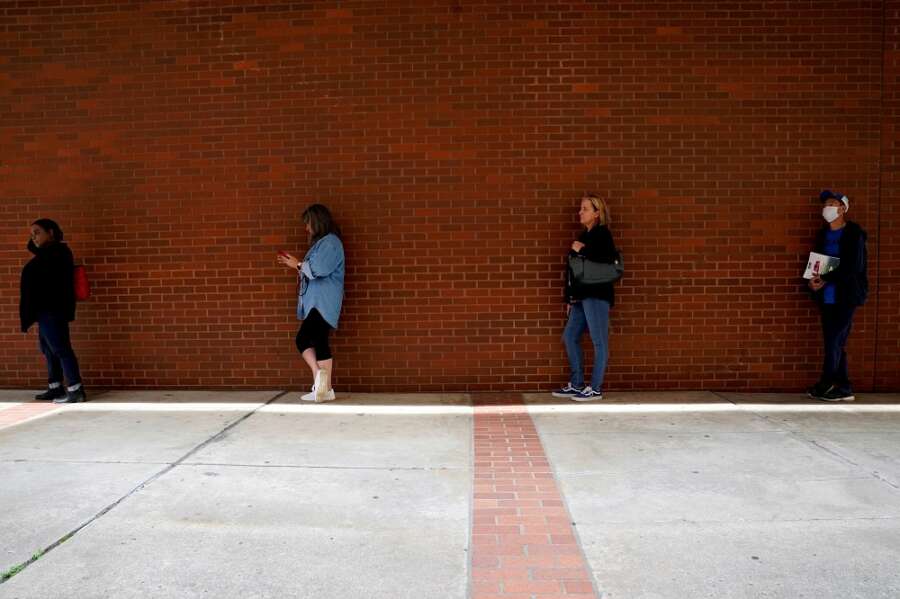 WASHINGTON (Reuters) – The number of Americans filing new claims for unemployment benefits fell to a 16-month low last week as the labor market steadily gains traction, but worker shortages are frustrating efforts by businesses to ramp up hiring to meet strong demand for goods and services.

While other data on Thursday showed import prices rose solidly in June, prices have likely peaked, which could support the view that high inflation is transitory. The economy’s recovery from the COVID-19 pandemic has been accompanied by faster inflation, reflecting strong demand and supply constraints.

Initial claims for state unemployment benefits fell 26,000 to a seasonally adjusted 360,000 for the week ended July 10, the lowest level since mid-March 2020, the Labor Department said. Data for the prior week was revised to show 13,000 more applications received than previously reported.

Economists polled by Reuters had forecast 360,000 applications for the latest week. On an unadjusted basis, claims rose 544 to 383,166 last week.

Claims have struggled to make further progress since dropping below 400,000 in late May, even as at least 20 states led by Republican governors have pulled out of federal government-funded unemployment programs. Unemployed people are required to file claims under the regular state programs to determine eligibility for federal benefits.

The early termination of the federal programs followed complaints by businesses that the benefits, including a $300 weekly check, were encouraging unemployed Americans to stay at home. The economy is experiencing a shortage of workers, with a record 9.2 million job openings as of the end of May.

About 9.5 million people are officially unemployed. The disconnect has also been blamed on lack of affordable child care, fears of contracting the coronavirus as well as pandemic-related career changes and retirements. There is so far little evidence that the early termination of federal benefits, which started on June 12 and will run through July 31, has led to a surge in job searches.

The expanded benefits will lapse on Sept. 6 for the rest of the country. Powell told the U.S. House of Representatives Financial Services Committee on Wednesday that he expected that “job gains should be strong in coming months as public health conditions continue to improve and as some of the other pandemic-related factors currently weighing them down diminish.”

The Fed’s latest Beige Book report, a collection of anecdotes from businesses across the country, showed demand for labor was broad-based, but “strongest for low-skilled positions,” noting that “firms in several Districts expected the difficulty finding workers to extend into the early fall.”

Companies are clamoring for workers to increase production of goods and services amid a surge in demand unleashed by COVID-19 vaccinations, low interest rates and nearly $6 trillion in government relief since the pandemic started in the United States in March 2020.

Though at least 160 million Americans are fully immunized against COVID-19, some parts of the country with low vaccination rates are experiencing a surge in infections from the Delta variant of the coronavirus, which could slow the recovery.

Some of the recent elevation in claims has been blamed on the so-called seasonal factor, which the government uses to iron out seasonal fluctuations from the data.

The claims report showed the number of people continuing to receive benefits after an initial week of aid fell 126,000 to 3.241 million in the week ended July 3. There were 13.8 million people collecting unemployment checks under all programs in the week ending June 26.

The government reported this week that consumer prices increased by the most in 13 years in June, while producer prices accelerated.

Imported fuel prices advanced 4.7% last month after rising 5.5% in May. Petroleum prices gained 4.6%, while the cost of imported food increased 1.9%. Excluding fuel and food, import prices climbed 0.6%. These so-called core import prices shot up 1.1% in May.

Trend Micro Cloud One Delivers Projected ROI of Up to 188%