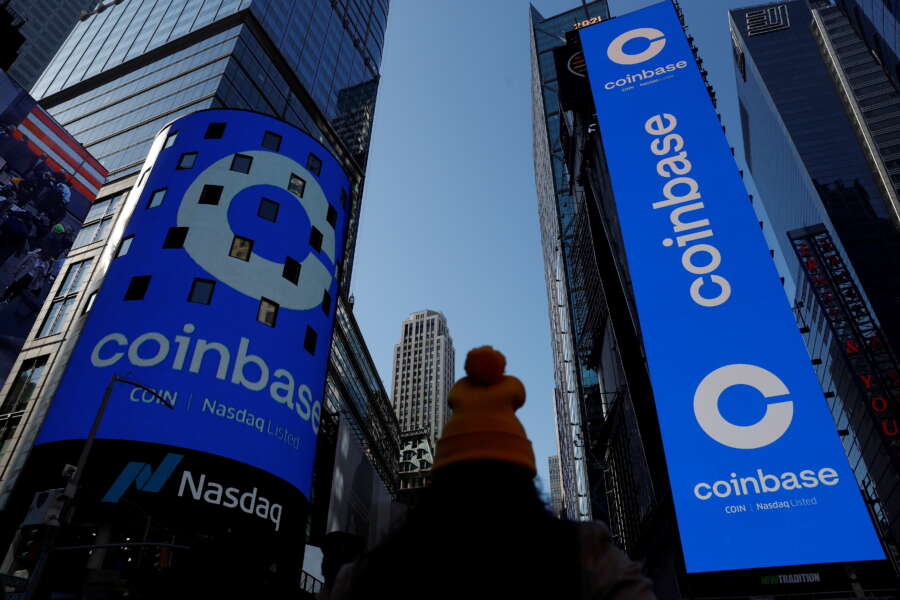 WASHINGTON/HONG KONG (Reuters) -The U.S. Securities and Exchange Commission has told Coinbase Global Inc that it plans to sue the cryptocurrency exchange if it goes ahead with plans to launch a programme allowing users to earn interest by lending digital assets, Coinbase said.

The top U.S. markets regulator last week told Coinbase it intends to legally charge the company, Coinbase’s chief legal officer, Paul Grewal, said a statement on Tuesday, noting that the firm now plans to delay the launch of its ‘Lend’ product until at least October.

In a lengthy Twitter thread, Coinbase CEO Brian Armstrong criticized the agency’s handling of the firm’s plans to roll out a lending product the SEC has determined to be a security and said the agency had denied him a meeting. Both the CEO and chief legal officer said Coinbase disputes the SEC’s determination, saying ‘Lend’ is not an investment contract or note.

The executive’s remarks provide a glimpse into the rising tension between the crypto industry and regulators, which have been ratcheting up scrutiny of a world that has so far existed in a regulatory gray area.

Crypto proponents have hoped that Gary Gensler, who became SEC chair in April, would bring clear, broad rules to the industry but so far have been disappointed by the SEC’s more watchful gaze.

Gensler is seeking more authority for the agency to oversee a world he described last month as a “Wild West” riddled with fraud and investor risk. He has said some digital assets and platforms are operating as or offering securities, bringing them under the SEC’s oversight.

Company executives said they were surprised when the firm received the legal notice after notifying the SEC of plans to move ahead with ‘Lend.’

An SEC official said the agency has held meetings with Coinbase representatives.

Programmes that allow owners of cryptocurrencies to lend them in return for interest are becoming more common around the world, but some regulators, particularly in the United States, have started to raise concerns, arguing that such products should comply with existing securities laws.

The U.S. state of New Jersey ordered the cryptocurrency platform BlockFi Inc https://www.reuters.com/legal/transactional/new-jersey-orders-blockfi-cryptocurrency-firm-stop-offering-interest-bearing-2021-07-20 in July to stop offering interest-bearing accounts that have raised $14.7 billion from investors.

“If we end up in court we may finally get the regulatory clarity the SEC refuses to provide. But regulation by litigation should be the last resort for the SEC, not the first,” Armstrong said on Twitter.

ByteDance in talks with banks to borrow over $3 billion, sources say