The ever-changing representation of value 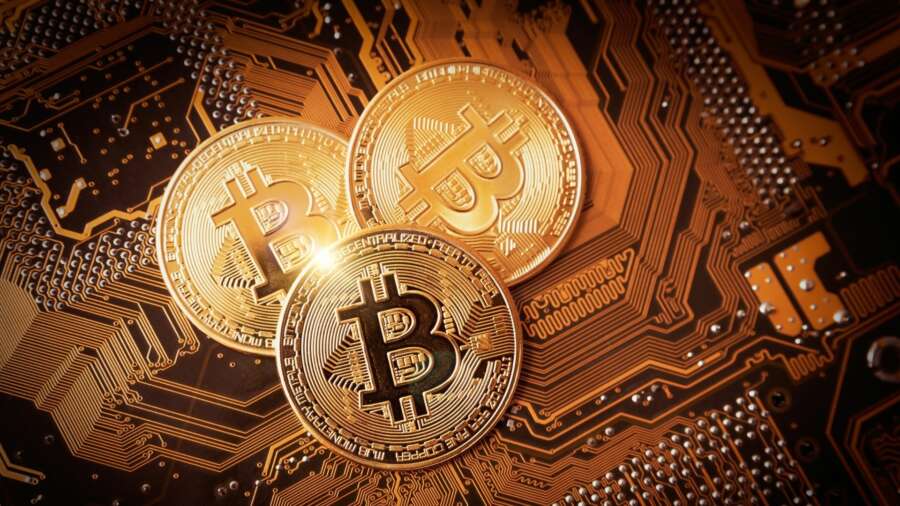 Ask a selection of people about cryptocurrencies and you’ll likely receive a wide range of answers. Some will wax lyrical about the huge potential of the underlying infrastructure that supports them, while others will dismiss them as nothing more than a worthless speculative bubble.

Cryptocurrencies have often been described in this way, mainly because – according to their opponents – they aren’t backed by tangible value. This is an argument that could easily be dismissed as very short-sighted, particularly if we remind ourselves that our current currencies all rely on trust – not exactly the most tangible of assets.

As Kabir Sehgal, a bestselling author and former JP Morgan vice-president, said: “In order to deal in money, humans must be able to think symbolically”. Financial history teaches us that money, in its first intent, was almost never meant to have intrinsic value – but to be a representation of it. For example, the porcelain-like shell of the cowry circulated around the globe for 4,000 years – longer than any other currency in the history of money. And its value was perceived not on its intrinsic utility, but on its beauty. Indeed, intrinsic value has long stopped be a measure of the real value of money. Let us not forget that each individual banknote costs a fraction of what it’s worth to produce – a $100 bill costs around 12 cents.

Money first appeared from the original evolutionary need to eat and survive by exchanging energy with another. That is why money has become whatever represents that energy: first food commodities – such as barley, cacao beans or salt – and then the tools to cultivate them. The symbolic distancing of money from its real value has developed over the years into coins, paper currency and mobile payments. Since money is fundamentally a mental abstraction of symbolic representation of value, what money is and what it will be can be is limited only by human imagination. Could something as invisible and intangible as cryptocurrencies be the next step?

Something that has value should check two boxes: scarcity and utility. Scarcity of cryptocurrencies is often guaranteed by their design, in terms of a finite or limited supply (e.g. Bitocoin has a set cap of 21 million coins). Their utility is already embedded in the divisible nature of cryptos (unlike gold, which is very difficult to use transactionally, you can buy a coffee, a ferrari or a house with bitcoins). As such, the potential of cryptos to be a more efficient currency than what we already have would further increase with the wider adoption of digital currencies in retail.

We know that the representation of value has changed over time and is a fast-moving one in our society. That’s one reason why the concept of ‘money’ is much more abstract and complicated than most people realise.

But one thing that has never changed throughout the long evolution of money is the importance of trust. The reason money works is because people trust in its value; this is a key rationale behind most currencies – including cryptos. In fact, one of the key selling points of cryptocurrency is that it is built specifically on trust.

Although they lack the legal and institutional backing of traditional financial services, cryptocurrencies provide trust through technology. Blockchain technology enables the use of a distributed and immutable ledger of records, providing total transparency and making every transaction tamperproof. Data is decentralised and encrypted so that it can’t be interfered with or changed retrospectively. The crypto sphere is also intrinsically democratic. There is no central authority and no individual entity can change the rules of the game, which protects against government interference and makes it almost impossible to lobby private interests.

So, with this in mind, why are cryptocurrencies still largely used as an asset rather than a means of payment? It’s mainly because the real-life economy is still lagging in terms of providing crypto-based payment solutions. Many stores still fear accepting cryptos as a means of payment – whether due to technical limitations or concerns around fees and exchange rates – creating a vicious circle reinforcing the speculative nature of cryptos as assets that are just bought and sold.

We believe it’s time to break this circle and move towards a new financial model that accepts cryptos as a means of payment. It’s time for cryptocurrencies to be appreciated for the value they provide.

Our research into the ever-growing crypto community has uncovered an ecosystem of global citizens that share a philosophy; one pegged to a thirst for freedom, equality, inclusion and global interaction. For example, they are actively involved in social causes and place a high value on social responsibility for individuals and companies.

We also identified several different persona groups within that ecosystem, all of which have varying degrees of influence in the community.

But the most powerful and engaged of the various user groups we identified, is the one containing individuals who have the financial capital and technical knowledge to drive and shape the future of the market – the Apostles. They are the community gurus, the public figures and the influencers who aren’t afraid to voice their opinions. Indeed, their minds have the power to drive widespread adoption of cryptos.

Over the coming years, this cohort of individuals will continue to grow and impose its expectations on retailers and stores. They understand the concept of money as a representation of value and recognise the role that secure, decentralised and globally connected cryptocurrencies can play in the existing economy.

If money is a symbol of value, this community appreciates the need for other symbols that represent other values in the world of tomorrow – such as transparency, empowerment and the end of the abuses of power that we have seen in the past.

Ultimately, although cryptocurrencies have been inching their way into the mainstream steadily since their introduction in 2009, the main stumbling block has been how to use them in everyday life. The good news is that we are during a transition. Trust is continuing to build, and the ‘value’ barrier is slowly being overcome. There is light at the end of the tunnel – driving cryptocurrencies and other forms of digital money forwards as the next step in money’s ongoing evolution

5 actionable insights for private investors in 2021

Investing in the Stock Market

UPDATE: The growth and shares of large corporations...

February 2, 2022
Editorial & Advertiser disclosureEditorial & Advertiser disclosureOur website provides you with information, news, press releases, Opinion and advertorials on various financial products and services. This is not to be considered as financial advice and should be considered only for information purposes. We cannot guarantee the accuracy or applicability of any information provided with respect to your individual or personal circumstances. Please seek Professional advice from a qualified professional before making any financial decisions. We link to various third party websites, affiliate sales networks, and may link to our advertising partners websites. Though we are tied up with various advertising and affiliate networks, this does not affect our analysis or opinion. When you view or click on certain links available on our articles, our partners may compensate us for displaying the content to you, or make a purchase or fill a form. This will not incur any additional charges to you. To make things simpler for you to identity or distinguish sponsored articles or links, you may consider all articles or links hosted on our site as a partner endorsed link.