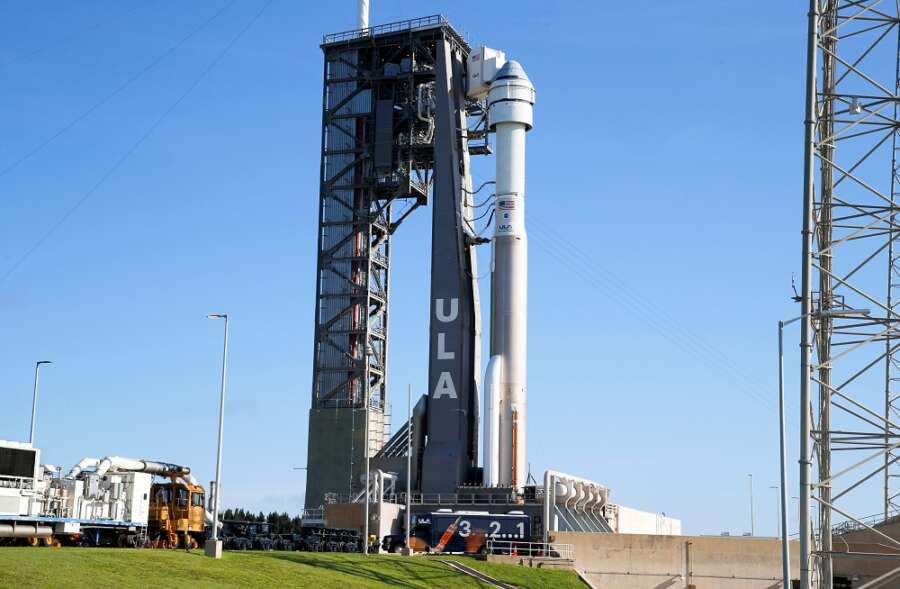 (Reuters) -Boeing Co on Tuesday scrubbed the launch of its CST-100 Starliner capsule to the International Space Station due to an unexpected system glitch, in the latest setback following the vehicle’s botched 2019 debut.

It was not immediately clear whether the launch would be rescheduled for Wednesday.

During pre-launch preparations, Boeing engineers detected “unexpected valve position indications” in its propulsion system, Boeing said in a statement. The problem was detected during checks after electrical storms in the region, Boeing added.

“We’re disappointed with today’s outcome and the need to reschedule our Starliner launch,” said John Vollmer, the program’s manager. “Human spaceflight is a complex, precise and unforgiving endeavor, and Boeing and NASA teams will take the time they need to ensure the safety and integrity of the spacecraft and the achievement of our mission objectives.”

The Starliner capsule loaded with supplies had been scheduled to have blasted off atop an Atlas V rocket flown by the United Launch Alliance, a partnership of Boeing and Lockheed Martin Corp, at 1:20 p.m. EDT (1720 GMT) from Space Launch Complex-41 at Cape Canaveral Space Force Station.

The launch had been planned for last Friday https://www.reuters.com/lifestyle/science/space-station-mishap-prompts-nasa-postpone-launch-boeing-starliner-2021-07-29, but was postponed by NASA after the space station was briefly thrown out of control with seven crew members aboard, a mishap caused by the inadvertent reignition of jet thrusters on a newly docked Russian service module. Russia’s space agency blamed a software glitch.

Tuesday’s planned uncrewed mission was intended as a precursor to crewed flight potentially to be conducted before the end of the year. It was the latest setback for a U.S. aerospace giant reeling from back-to-back crises – a pandemic that crushed demand for new jetliners and a safety scandal caused by two fatal 737 MAX crashes – that have damaged Boeing’s finances and engineering reputation.

Boeing and NASA teams were assessing the situation, Boeing said.

United Launch Alliance, a tie up between Boeing and Lockheed Martin Corp, was removing propellant from the Atlas V rocket, NASA said in a statement. “Pending resolution of the forward work, our next available launch opportunity would be 12:57 p.m. EDT on Wednesday, Aug. 4,” NASA added.

The Starliner capsule headlined Boeing’s efforts against billionaire entrepreneur Elon Musk’s SpaceX to be the first to return NASA astronauts to the space station from U.S. soil in nearly a decade.

But a series of software glitches during the December 2019 debut launch resulted in its failure to dock at the orbital laboratory outpost. SpaceX’s Crew Dragon has gone on to launch three crewed space station missions since 2020, with a fourth scheduled as early as Oct. 31, according to NASA.

Boeing has spent a year and a half correcting issues flagged during NASA reviews, part of the U.S. space agency’s strategy to ensure access to the sprawling international research satellite some 250 miles (400 km) above Earth.

NASA in 2014 awarded contracts to Boeing and SpaceX to build their own capsules that could fly American astronauts to the space station in an effort to wean the United States off its dependence on Russia’s Soyuz vehicles for rides to space following the end of NASA’s space shuttle program in 2011.

If Boeing stages a successful launch, it aims to attempt the follow-on mission with crew onboard no earlier than December, it has said.

(Reporting by Eric M. Johnson; Editing by Will Dunham)