Our website publishes news, press releases, opinion and advertorials on various financial organizations, products and services which are commissioned from various Companies, Organizations, PR agencies, Bloggers etc. These commissioned articles are commercial in nature. This is not to be considered as financial advice and should be considered only for information purposes. It does not reflect the views or opinion of our website and is not to be considered an endorsement or a recommendation. We cannot guarantee the accuracy or applicability of any information provided with respect to your individual or personal circumstances. Please seek Professional advice from a qualified professional before making any financial decisions. We link to various third-party websites, affiliate sales networks, and to our advertising partners websites. When you view or click on certain links available on our articles, our partners may compensate us for displaying the content to you or make a purchase or fill a form. This will not incur any additional charges to you. To make things simpler for you to identity or distinguish advertised or sponsored articles or links, you may consider all articles or links hosted on our site as a commercial article placement. We will not be responsible for any loss you may suffer as a result of any omission or inaccuracy on the website.
Home Finance Stocks, markets mixed as Wall Street deciphers diverging signals
Finance 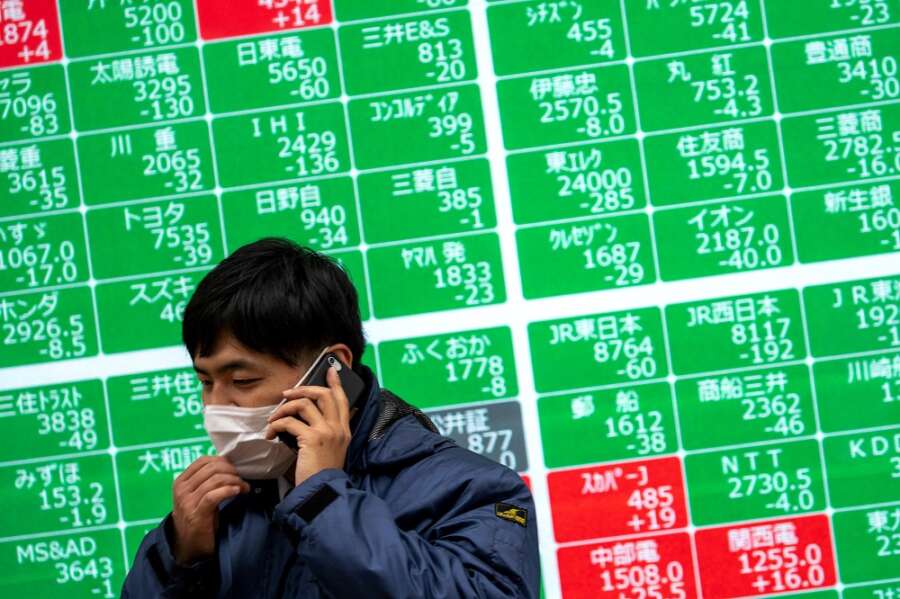 This compared with an increase of 695,000 forecast by economists polled by Reuters.

She pointed to the positive growth indicators from manufacturing inventories and demand for services, but cited concern over COVID-19 in China and related economic slow-downs.

The Institute for Supply Management said on Wednesday its non-manufacturing activity index hit 64.1 last month from 60.1 in June, the highest reading in its history.

Strong corporate profits have recently eased concerns over the coronavirus pandemic as vaccine roll-outs continue apace in developed markets. But investors are also weighing inflationary pressures and a growing belief that the Federal Reserve may soon signal its intention to trim support for the economy.

Federal Reserve Vice Chair Richard Clarida said on Wednesday that the U.S. economy is on track to meet the employment and inflation hurdles the Federal Reserve has set for raising interest rates, echoing comments by other officials.

Oil prices were negative as the spread of the Delta variant of COVID-19 in top consuming countries outweighed Mideast geopolitical tensions and a fall in U.S. inventories.U.S. crude fell 2.93% to $68.49 per barrel and Brent was at $70.73, down 2.32% on the day.

The dollar recovered from a fall on Wednesday brought on by the jobs data. After a steady day, the dollar index against major currencies < =USD> fell as much as 0.2% before turning back up. The dollar index was up around 0.25% as of midday.