Our website publishes news, press releases, opinion and advertorials on various financial organizations, products and services which are commissioned from various Companies, Organizations, PR agencies, Bloggers etc. These commissioned articles are commercial in nature. This is not to be considered as financial advice and should be considered only for information purposes. It does not reflect the views or opinion of our website and is not to be considered an endorsement or a recommendation. We cannot guarantee the accuracy or applicability of any information provided with respect to your individual or personal circumstances. Please seek Professional advice from a qualified professional before making any financial decisions. We link to various third-party websites, affiliate sales networks, and to our advertising partners websites. When you view or click on certain links available on our articles, our partners may compensate us for displaying the content to you or make a purchase or fill a form. This will not incur any additional charges to you. To make things simpler for you to identity or distinguish advertised or sponsored articles or links, you may consider all articles or links hosted on our site as a commercial article placement. We will not be responsible for any loss you may suffer as a result of any omission or inaccuracy on the website.
Home News Stocks hit record; U.S. Treasury yields hover above 5-month lows
News 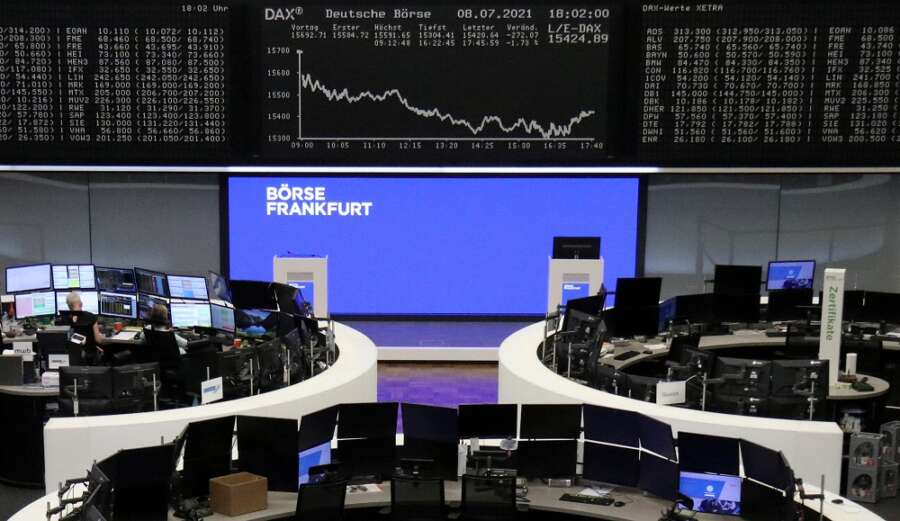 NEW YORK (Reuters) – A gauge of global stocks closed at a record on Monday and U.S. Treasury yields held above five-month lows touched last week as investors looked for signs on whether the Delta variant of the COVID-19 coronavirus could hamper economic growth.

Last week, a bond market rally pushed the yield of the benchmark 10-year U.S. Treasury note to a five-month low of 1.25% as investors worried that climbing cases of the variant could slow the economic recovery. The yield had risen to as high as 1.78% in March as rising vaccination rates fed expectations for growth.

The World Health Organization warned the Delta variant was becoming dominant and many countries had yet to receive enough doses of vaccine to secure their health workers.

Analysts also cited a lack of supply for the drop in yields. Yields were little changed after Treasury sold $58 billion in three-year notes and $38 billion in 10-year notes, with a sale of $24 billion in 30-year bonds set for Tuesday.

Earnings season begins this week, and the market will take in U.S. inflation data on consumer and producer prices as well as comments from Federal Reserve Chair Jerome Powell.

“Earnings season is going to be warmly greeted as an opportunity for existing biases to be confirmed,” said Mike Zigmont, head of trading and research at Harvest Volatility Management in New York.

“Even if forecasts are not as rosy as what the most bullish had hoped, it’s all going to get rationalized away.”

Equity gains on Wall Street were modest, with financials the best-performing S&P sector of the session ahead of results from JPMorgan Chase, Goldman Sachs and Bank of America on Tuesday, but the gains were enough to push each of the three major averages to record closing levels.

Investors will watch Powell’s testimony this week after the People’s Bank of China late on Friday moved to free up $154 billion for banks to buttress the economic recovery while the European Central Bank said it will discuss a change to its forward guidance on policy direction at next week’s meeting.

The safe-haven dollar moved slightly higher on the concerns about the pandemic and its potential to thwart growth.