Our website publishes news, press releases, opinion and advertorials on various financial organizations, products and services which are commissioned from various Companies, Organizations, PR agencies, Bloggers etc. These commissioned articles are commercial in nature. This is not to be considered as financial advice and should be considered only for information purposes. It does not reflect the views or opinion of our website and is not to be considered an endorsement or a recommendation. We cannot guarantee the accuracy or applicability of any information provided with respect to your individual or personal circumstances. Please seek Professional advice from a qualified professional before making any financial decisions. We link to various third-party websites, affiliate sales networks, and to our advertising partners websites. When you view or click on certain links available on our articles, our partners may compensate us for displaying the content to you or make a purchase or fill a form. This will not incur any additional charges to you. To make things simpler for you to identity or distinguish advertised or sponsored articles or links, you may consider all articles or links hosted on our site as a commercial article placement. We will not be responsible for any loss you may suffer as a result of any omission or inaccuracy on the website.
Home Headlines Stocks, bonds extend rally on hopes rate hikes ease
Headlines 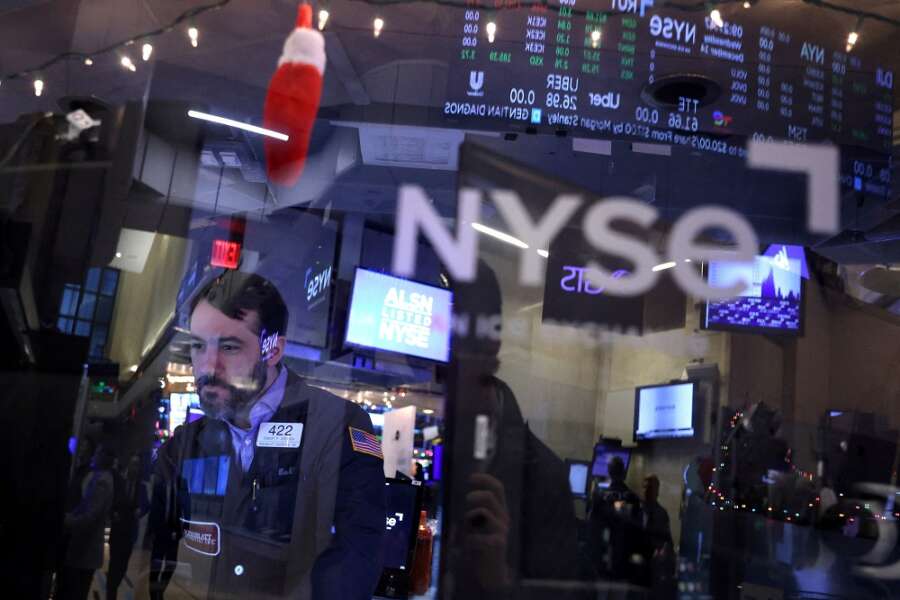 LONDON/NEW YORK (Reuters) – Shares rose and bonds rallied worldwide on Wednesday as investors tiptoed into the new year with tentative optimism after a brutal 2022, looking to encouraging inflation data for hope that rate hikes might be less aggressive than feared.

The pan-European STOXX 600 jumped 1.3% as a lower inflation reading from France boosted sentiment, building on positive data from Germany earlier in the week.

The yield on 10-year Treasury notes fell to 3.675%, and 2-year Treasury yields, which typically move in step with interest rate expectations, slipped 7 basis points to 4.3305%.

MSCI’s broadest index of Asia-Pacific shares outside Japan jumped 1.8% in its third straight day of gains for the year, having fallen 20% in 2022, its worst performance since 2008.

The modest recovery in stocks and bonds showed optimism about two of the factors that made 2022 such a hellish year for investors, namely the constant drumbeat of rate hikes to fight inflation and China’s economy-throttling anti-COVID measures.

But jitters in other assets showed the path ahead will be far from smooth, as policymakers try to balance encouraging economic growth with keeping a lid on inflation.

Oil prices fell sharply, as concerns about global demand persisted amid signs of weakening activity in the main engines of growth such as the United States, Europe and China.

“Fresh warnings about the effect of aggressive rate hikes on the U.S. economy are rattling traders again, with the oil price continuing its march downwards,” said Susannah Streeter, senior investment and markets analyst at Hargreaves Lansdown.

The positive market momentum in stocks on Wednesday was a prelude to a key data release that could shift momentum back the other way.

Minutes from the U.S. Federal Reserve’s December meeting, when it cautioned rates may need to stay higher for longer, are due to be released at 1900 GMT. Investors will parse the minutes to figure out whether more policy tightening is likely, as well as scanning U.S. job openings data at 1500 GMT.

“The market has made a pretty tentative start to the year … (and) is still grappling with the notion of what we are going to see from the Fed this year,” said Rob Carnell, head of ING’s Asia-Pacific research.

“There are two camps out there and they are wrestling for dominance in terms of the view. Some days higher-for-longer wins, some days (the) higher-then-lower camp wins,” Carnell said.

The U.S. central bank said last month when it raised interest rates by 50 basis points that the terminal rate may need to remain higher for longer to fight inflation.

Hopes for less aggressive rate hikes boosted non-yielding gold, with spot prices for the precious metal hitting $1,858 per ounce by 1148 GMT, their highest since mid-June.

The dollar index, which measures the greenback against six other currencies, meanwhile, fell 0.6% as commodities currencies like the Australian dollar gained and the euro rose on the positive French and German inflation data.

The Japanese yen was flat versus the greenback at 131.055 per dollar.