Stock market analysts discuss how to invest during a recession 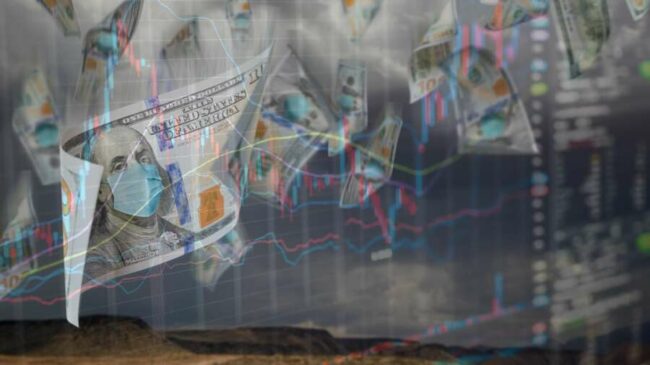 The economic crash due to Covid-19 is a unique event, however stock market experts have taken learnings from previous recessions to predict the stocks that may increase in value during this time.

IG Markets, Europe’s largest online derivatives trading provider, has taken learnings from previous recessions, using historical data and online tools such as Decade of Trade, which visualises world stock market trends over the 10 years since the 2008 crash, to provide predictions about the areas of the stock market to watch during an inevitable recession.

Stocks to watch during a recession

Under expansionary circumstances, stocks that have strong growth prospects such as healthcare and consumer staple sectors, for the future typically command lofty valuations and produce high returns, as investors bank on the company’s ability to generate more income as time progresses. This phenomenon typically results in high price to earnings (P/E) ratios like those currently present in some of the market-leading tech stocks.

In the event of an economic downturn, however, these profit-hopeful stocks are often discarded as investors align their income assumptions with slowing growth and lower consumer spending.

On the other hand, stocks with stable – but often more modest – income generation tend to be more insulated from dramatic stock shocks that frequently accompany recessionary periods. These stocks are known as “defensives” and, broadly speaking, include the utility, healthcare and consumer staple sectors. Given their profitability profiles, they become an important collection of stocks to keep an eye on when the broader market encounters a rough patch.

Consequently, a portfolio comprised entirely of equities is remarkably vulnerable in times of recession, particularly at the onset when losses are often steepest. With that in mind, it may prove beneficial to look outside of the equity market for some of the best recession-proof investments.

Gold can be an investment during a recession

The US dollar: an attractive currency during recessions

Sharing similarities with gold, the US Dollar also boasts safe haven attributes. Due to its role as the world’s reserve currency and the backing of the world’s largest economy, the US Dollar is both incredibly liquid and sought after. Issued by the Federal Reserve, the Greenback is arguably the safest currency in the world and has become a quasi-currency of exchange in many nations where domestic currencies have had their purchasing power fall, due to inflationary pressures or other economic woes.

Consequently, holding US Dollars during periods of uncertainty or turmoil is often viewed as an attractive alternative to other assets. Evidenced in the Great Financial Crisis when the United States dragged the rest of the world into a global recession, the US Dollar surged almost 25% during 2007 to 2009 even as the Federal Reserve lowered interest rates to the floor.

The Dollar’s strength was largely owed to the fact that the Federal Reserve possessed ample liquidity and the US economy was soon in a position to recover while others were mired in recessions – some of which have never fully recovered.

[Name, job title] at IG Markets, said: “If history is our guide, it is clear that bear markets don’t reverse overnight. However, the coronavirus crash is not like any crash we’ve seen – considering that it was not caused directly by the bursting of a bubble or a debt crisis. In other words, a market crash can come when it is completely unexpected.

Peter Hanks, Junior Analyst at Daily FX.com, said: “With the benefit of hindsight and the lessons of the three most recent recessions, it can be argued the best recession investments are not stocks at all, but rather assets that retain their value even as growth slips. Therefore, if equity exposure is a must-have in your portfolio, the US Dollar and gold should also be given consideration – particularly for the risk-averse investor or one who suspects an impending recession.”

Price discrimination of customers in online gaming has...

The role of digital for business opportunities and...

Wealth creation is moving to the laptop for...

SonicWall Returning Choice to Customers by Securing Any...

September 7, 2021
Editorial & Advertiser disclosureEditorial & Advertiser disclosureOur website provides you with information, news, press releases, Opinion and advertorials on various financial products and services. This is not to be considered as financial advice and should be considered only for information purposes. We cannot guarantee the accuracy or applicability of any information provided with respect to your individual or personal circumstances. Please seek Professional advice from a qualified professional before making any financial decisions. We link to various third party websites, affiliate sales networks, and may link to our advertising partners websites. Though we are tied up with various advertising and affiliate networks, this does not affect our analysis or opinion. When you view or click on certain links available on our articles, our partners may compensate us for displaying the content to you, or make a purchase or fill a form. This will not incur any additional charges to you. To make things simpler for you to identity or distinguish sponsored articles or links, you may consider all articles or links hosted on our site as a partner endorsed link.