Our website publishes news, press releases, opinion and advertorials on various financial organizations, products and services which are commissioned from various Companies, Organizations, PR agencies, Bloggers etc. These commissioned articles are commercial in nature. This is not to be considered as financial advice and should be considered only for information purposes. It does not reflect the views or opinion of our website and is not to be considered an endorsement or a recommendation. We cannot guarantee the accuracy or applicability of any information provided with respect to your individual or personal circumstances. Please seek Professional advice from a qualified professional before making any financial decisions. We link to various third-party websites, affiliate sales networks, and to our advertising partners websites. When you view or click on certain links available on our articles, our partners may compensate us for displaying the content to you or make a purchase or fill a form. This will not incur any additional charges to you. To make things simpler for you to identity or distinguish advertised or sponsored articles or links, you may consider all articles or links hosted on our site as a commercial article placement. We will not be responsible for any loss you may suffer as a result of any omission or inaccuracy on the website.
Home Headlines Stablecoin Tether hires BDO Italia for monthly proof-of-reserve reports
Headlines 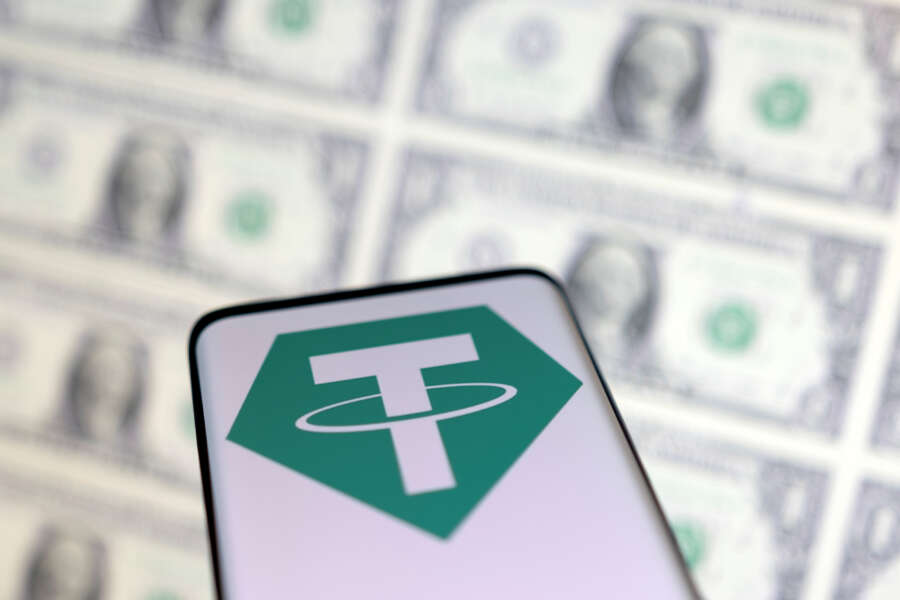 LONDON (Reuters) -Tether, the world’s largest stablecoin, said on Thursday it had appointed accounting firm BDO Italia to vouch for its asset reserves, and aims to publish its reports monthly rather than quarterly by the end of the year.

Stablecoins are a type of cryptocurrency designed to keep constant value, such as a 1:1 U.S. dollar peg. They are widely used to move funds between different cryptocurrencies or into regular cash.

Tether says its coin maintains its value by holding dollar-denominated reserves to match or exceed the value of Tether coins in circulation. These reserves have long been the subject of scrutiny which sharpened after crypto markets’ sell-off in May following stablecoin TerraUSD’s collapse.

Tether, run by a British Virgin Islands company, has in recent years published reports in which accountancy firms attest to the size of its reserves. The reserves totalled $82.4 billion as of March 31, of which $39 billion was in U.S. Treasuries and $20 billion in commercial paper.

BDO Italia is an audit and assurance company based in Italy, an independent member firm of BDO International Limited. Tether management includes at least two executives from Italy. Most team members are based in Europe and the Bahamas, where most the reserves are kept, Chief Technology Officer Paolo Ardoino told Reuters.

Tether said in a statement it started working with BDO Italia in July, adding the relationship is “the next step in the company’s path towards a complete audit”.

“Our community asked over time to improve the auditing firm that we’re using because they felt like they wanted something bigger,” Ardoino said.

Tether will have cut its holdings of commercial paper to $200 million by the end of August, Ardoino added, down from $8.4 billion on July 1. He did not specify which assets these funds had gone into instead.