Our website publishes news, press releases, opinion and advertorials on various financial organizations, products and services which are commissioned from various Companies, Organizations, PR agencies, Bloggers etc. These commissioned articles are commercial in nature. This is not to be considered as financial advice and should be considered only for information purposes. It does not reflect the views or opinion of our website and is not to be considered an endorsement or a recommendation. We cannot guarantee the accuracy or applicability of any information provided with respect to your individual or personal circumstances. Please seek Professional advice from a qualified professional before making any financial decisions. We link to various third-party websites, affiliate sales networks, and to our advertising partners websites. When you view or click on certain links available on our articles, our partners may compensate us for displaying the content to you or make a purchase or fill a form. This will not incur any additional charges to you. To make things simpler for you to identity or distinguish advertised or sponsored articles or links, you may consider all articles or links hosted on our site as a commercial article placement. We will not be responsible for any loss you may suffer as a result of any omission or inaccuracy on the website.
Home Headlines SpaceX rocket sends first global water survey mission into orbit
Headlines 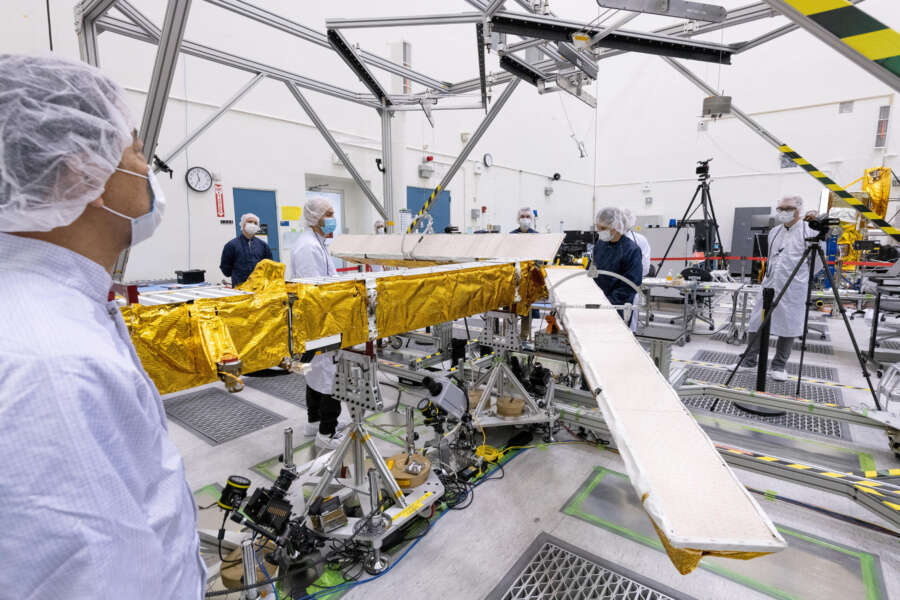 LOS ANGELES, Calif. (Reuters) -A SpaceX rocket blasted off early on Friday carrying a U.S.-French satellite designed to conduct an unprecedented global survey of Earth’s surface waters, a mission expected to shed new light on the mechanics and consequences of climate change.

The Falcon 9 booster owned and operated by Elon Musk’s commercial rocket company lit up the predawn sky along California’s coast as it roared off its launch pad at the Vandenberg U.S. Space Force Base, about 160 miles (260 km) northwest of Los Angeles.

The liftoff, directed by NASA, was shown live on a U.S. space agency webcast.

The Falcon 9’s upper stage, carrying the satellite, reached orbit within nine minutes. Moments earlier, the reusable lower stage separated from the rocket and flew itself back to Earth, unleashing sonic booms before slowing to a gentle landing at the base.

The mission’s payload, the Surface Water and Ocean Topography satellite, or SWOT, was released to its own starting orbit about 530 miles (850 km) above the planet less than a hour after launch. Video from a camera mounted on the rocket’s upper stage showed SWOT floating away.

About a half hour later, mission control for the French space agency CNES in Toulouse, France, reported it had recovered the first full set of signals from the satellite, confirming that SWOT’s systems were operational, NASA said.

The centerpiece of the satellite is advanced microwave radar technology to collect high-definition measurements of oceans, lakes, reservoirs and rivers over 90% of the globe.

The data, compiled from radar sweeps at least twice every 21 days, will be used to enhance ocean-circulation models, bolster weather and climate forecasts and aid in managing freshwater supplies in drought-stricken regions, researchers say.

Components of the SUV-sized satellite were built primarily by NASA’s Jet Propulsion Laboratory (JPL) near Los Angeles and CNES.

Nearly 20 years in development with contributions from counterparts in Canada and Britain, SWOT was one of 15 missions listed by the National Research Council as projects NASA should undertake in the coming decade.

One major thrust of the mission is to explore how oceans absorb atmospheric heat and carbon dioxide, in a process that naturally regulates global temperatures and has helped to minimize climate change.

Oceans have absorbed more than 90% of the excess heat trapped in Earth’s atmosphere by human-caused greenhouse gas emissions, scientists estimate.

Scanning the seas from orbit, SWOT will be able to measure fine differences in surface elevations around the smaller currents and eddies where much the oceans’ drawdown of heat and carbon is believed to occur.

Understanding that mechanism will help answer a pivotal question – what is the tipping point at which oceans start releasing, rather than absorbing, large amounts of heat back to the atmosphere, thus intensifying global warming instead of limiting it.

Freshwater bodies are another key focus of SWOT, equipped to observe the entire length of nearly all rivers wider than 330 feet (100 meters), as well as more than 1 million lakes and reservoirs larger than a few New York City blocks.

SWOT’s radar instrument operates at the Ka-band frequency of the microwave spectrum, allowing its scans to penetrate cloud cover and darkness and map observations in two dimensions.

Previous studies of water bodies relied on data taken at specific points or from satellites that could only track measurements along a one-dimensional line.

The satellite is expected to begin producing research data within months.

Analysis-Russian gold removed from some Western funds after Ukraine