Our website publishes news, press releases, opinion and advertorials on various financial organizations, products and services which are commissioned from various Companies, Organizations, PR agencies, Bloggers etc. These commissioned articles are commercial in nature. This is not to be considered as financial advice and should be considered only for information purposes. It does not reflect the views or opinion of our website and is not to be considered an endorsement or a recommendation. We cannot guarantee the accuracy or applicability of any information provided with respect to your individual or personal circumstances. Please seek Professional advice from a qualified professional before making any financial decisions. We link to various third-party websites, affiliate sales networks, and to our advertising partners websites. When you view or click on certain links available on our articles, our partners may compensate us for displaying the content to you or make a purchase or fill a form. This will not incur any additional charges to you. To make things simpler for you to identity or distinguish advertised or sponsored articles or links, you may consider all articles or links hosted on our site as a commercial article placement. We will not be responsible for any loss you may suffer as a result of any omission or inaccuracy on the website.
Home Headlines South Korea has not supplied lethal weapons to Ukraine, president says
Headlines 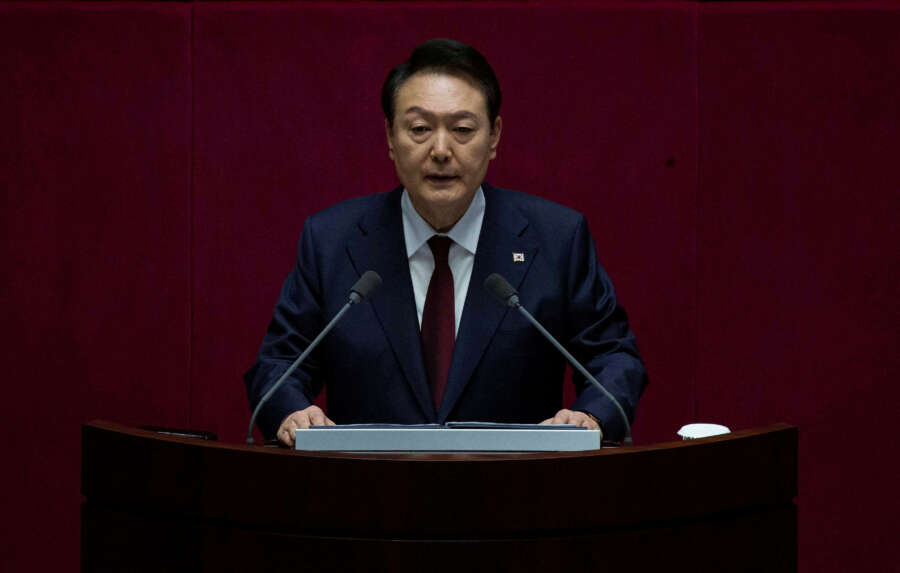 SEOUL (Reuters) – South Korean President Yoon Suk-yeol said on Friday Seoul has not provided any lethal weapons to Ukraine, after Russian President Vladimir Putin said such a decision would destroy their bilateral relations.

Putin made the remark at a conference in Moscow on Thursday, accusing the West of inciting the war in Ukraine.

“We have been in solidarity with the international community for peaceful, humanitarian aid to Ukraine and have not provided any lethal weapons, but that’s in any regard a matter of our sovereignty,” Yoon told reporters when asked about Putin’s remark.

A U.S. ally, South Korea has maintained that it would not provide Ukraine with lethal aid, and has sought to avoid antagonizing Russia, both for economic reasons and the influence that Moscow can exert with North Korea.

“We are putting efforts to maintain peaceful, good relations with every country in the world, including Russia,” Yoon added.

The conflict, which began eight months ago with an invasion by Russian forces of neighbouring Ukraine, has killed thousands, displaced millions, shaken the global economy and reopened Cold War-era divisions. Russia calls the invasion a “special operation”.