Home Finance Six out of 10 homeowners aged over 55 say they would never consider equity release – but many admit they aren’t clear what it is
Our website publishes news, press releases, opinion and advertorials on various financial organizations, products and services which are commissioned from various Companies, Organizations, PR agencies, Bloggers etc. These commissioned articles are commercial in nature. This is not to be considered as financial advice and should be considered only for information purposes. It does not reflect the views or opinion of our website and is not to be considered an endorsement or a recommendation. We cannot guarantee the accuracy or applicability of any information provided with respect to your individual or personal circumstances. Please seek Professional advice from a qualified professional before making any financial decisions. We link to various third-party websites, affiliate sales networks, and to our advertising partners websites. When you view or click on certain links available on our articles, our partners may compensate us for displaying the content to you or make a purchase or fill a form. This will not incur any additional charges to you. To make things simpler for you to identity or distinguish advertised or sponsored articles or links, you may consider all articles or links hosted on our site as a commercial article placement. We will not be responsible for any loss you may suffer as a result of any omission or inaccuracy on the website.
Finance 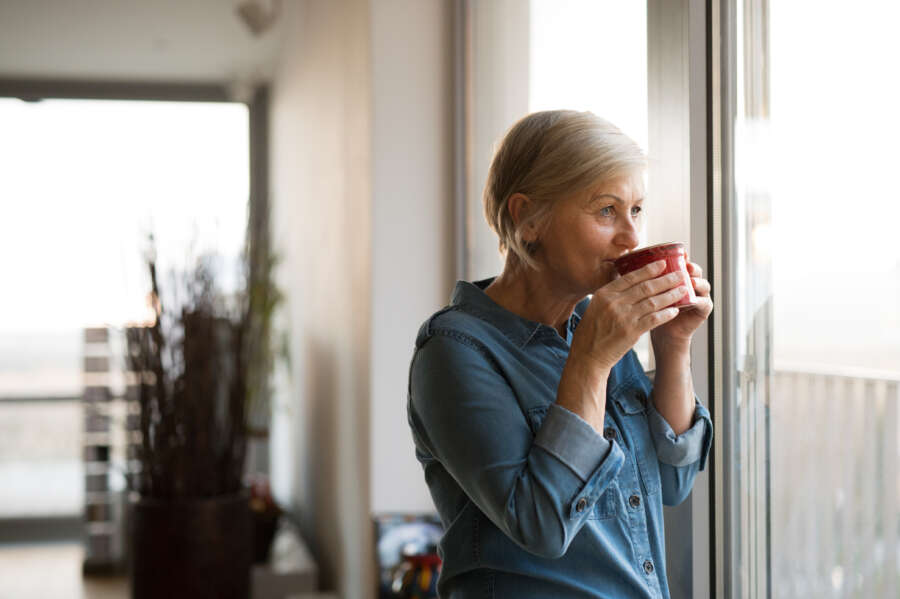 Six out of 10 homeowners aged over 55 say they would never consider equity release, according to new research.

Independent mortgage, insurance and equity release brokerage Boon Brokers questioned almost 1,000 homeowners aged over 55. Fifty-seven per cent are adamant they would never take out an equity release product on their home – yet two thirds admit they aren’t really clear what it is (67 per cent).

Having seen a lot of misunderstanding and misinformation around equity release, Boon Brokers undertook the research to find out what the target audience for the products were really thinking. One in 10 (nine per cent) admitted they were worried about negative equity ahond 22 per cent were concerned that they would no longer own their own home – neither of which have to be an issue with modern equity release products. Only eight per cent understood the difference between a lifetime mortgage and a home reversion plan, the two types of equity release available.

One in five (18 per cent) said they had been put off equity release due to horror stories they had heard or read about.

Gerard Boon, founder and partner at Boon Brokers, said: “This research shows there’s a very high level of misunderstanding about modern equity release products. People automatically dismiss it due to its reputation and admittedly, in the past, there were products which weren’t fit for purpose and which were mis-sold. But now the industry is regulated and the products are much more refined, equity release can be really useful for homeowners in all kinds of situations. It’s important to choose a product which is covered by the Equity Release Council and getting good advice is vital – and in fact a legal requirement – so the terms are properly understood. But for those wanting to access money held in property, to cover living costs, to help family, for home improvements or to travel, it can be ideal. We have a clear and straightforward guide to equity release available on the website, as we think it’s important to help people properly understand what is available to them if it suits their circumstances.”

The research also revealed that those aged 55-64 are more likely to consider equity release than those over 65 (52 per cent vs 61 per cent). Homeowners in the North of England and Wales are least likely when compared to other areas of the country, whilst Northern Ireland and Scotland were most receptive to the idea.

Boon Brokers has responded to some of the most prevalent myths about equity release:

The truth: All equity release plans approved by the Equity Release Council guarantee the right to move your plan to a new property, providing the property meets lending criteria.

The truth: All plans approved by the Equity Release Council have a no negative equity guarantee. That means that you will never owe more than the value of your home and excess debt will not be passed on to your beneficiaries.

The truth: For lifetime mortgages, which the majority of equity release is (over 95% of our clients opt for it), you will always own your home. With the less common home reversion plan, part or all of your home is sold but you have the absolute right to stay there rent-free for as long as you choose.

The truth: You are not obliged to make monthly repayments with a lifetime mortgage. This mortgage’s interest rolls up until the applicants either die or move into permanent long-term care. When the plan comes to an end, the capital and rolled up interest will be repaid. Beneficiaries of the property often choose to either re-mortgage the property or sell it in order to redeem the equity release plan.

There are, however, some plans available that allow partial capital or interest payments to be made should you prefer.