Home Business Shares in French tech champion OVHcloud gain 6% in Paris debut
Our website publishes news, press releases, opinion and advertorials on various financial organizations, products and services which are commissioned from various Companies, Organizations, PR agencies, Bloggers etc. These commissioned articles are commercial in nature. This is not to be considered as financial advice and should be considered only for information purposes. It does not reflect the views or opinion of our website and is not to be considered an endorsement or a recommendation. We cannot guarantee the accuracy or applicability of any information provided with respect to your individual or personal circumstances. Please seek Professional advice from a qualified professional before making any financial decisions. We link to various third-party websites, affiliate sales networks, and to our advertising partners websites. When you view or click on certain links available on our articles, our partners may compensate us for displaying the content to you or make a purchase or fill a form. This will not incur any additional charges to you. To make things simpler for you to identity or distinguish advertised or sponsored articles or links, you may consider all articles or links hosted on our site as a commercial article placement. We will not be responsible for any loss you may suffer as a result of any omission or inaccuracy on the website.
Business 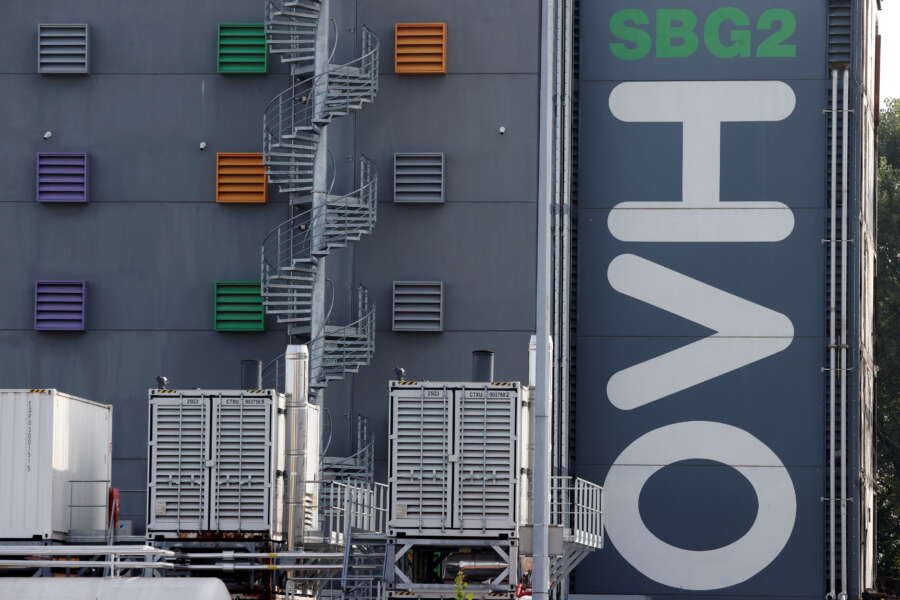 PARIS (Reuters) -Shares in French cloud computing company OVHcloud climbed around 6% on their first day of trading on Friday, after a brief wobble, in one of Paris’ biggest new listings this year.

The shares were up at around 19.70 euros at 0739 GMT, after dipping just below the offer price in early trading.

OVHcloud had on Thursday set its IPO price at 18.5 euros per share, the low end of its guidance range, implying a market value of around 3.5 billion euros ($4.1 billion).

Some politicians hope that OVHcloud – the biggest European-based cloud services provider – could offer an alternative to U.S. giants Amazon Web Services, Microsoft’s Azure and Google Cloud, which dominate the market.

However, the company has so far lacked the scale and financial clout to dent their market shares.

OVHcloud is the second-biggest listing on Euronext Paris this year, following Antin Infrastructure Partners’ September debut, which brought it a market value of around 4.1 billion euros.

It joins a long list of European companies going public this year, but a skittish market has seen some faltering starts, with French healthcare property group Icade Santé and Swiss Chronext delaying their debuts.

The logo of French cloud computing company OVHcloud is seen on a data-center building in Strasbourg, France, October 13, 2021. REUTERS/Christian Hartmann