Home Headlines Security trumps obesity in Britain’s first food strategy
Our website publishes news, press releases, opinion and advertorials on various financial organizations, products and services which are commissioned from various Companies, Organizations, PR agencies, Bloggers etc. These commissioned articles are commercial in nature. This is not to be considered as financial advice and should be considered only for information purposes. It does not reflect the views or opinion of our website and is not to be considered an endorsement or a recommendation. We cannot guarantee the accuracy or applicability of any information provided with respect to your individual or personal circumstances. Please seek Professional advice from a qualified professional before making any financial decisions. We link to various third-party websites, affiliate sales networks, and to our advertising partners websites. When you view or click on certain links available on our articles, our partners may compensate us for displaying the content to you or make a purchase or fill a form. This will not incur any additional charges to you. To make things simpler for you to identity or distinguish advertised or sponsored articles or links, you may consider all articles or links hosted on our site as a commercial article placement. We will not be responsible for any loss you may suffer as a result of any omission or inaccuracy on the website.
Headlines 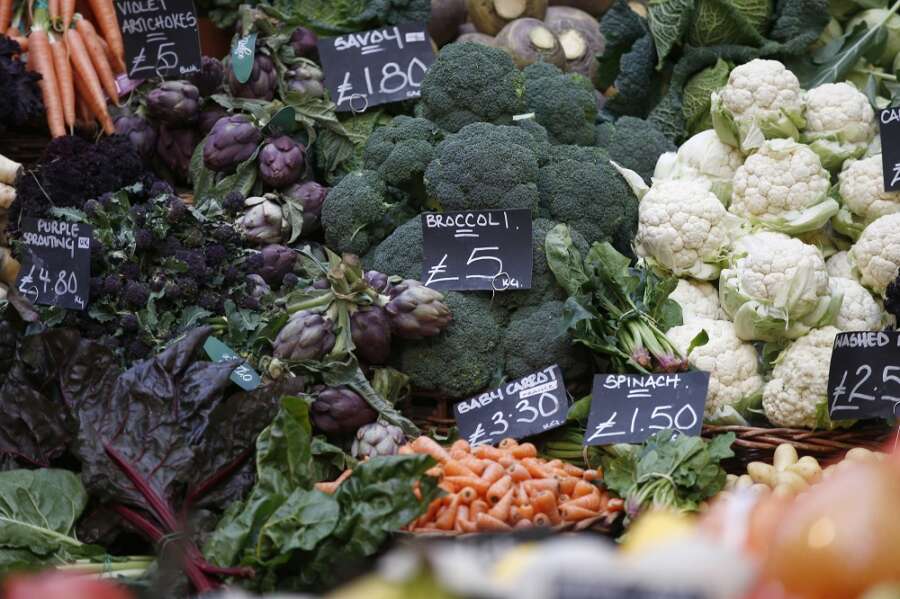 LONDON (Reuters) -Britain set out its first national food strategy on Monday, focused on increasing domestic output of some produce to boost food security while rejecting a recommendation to tackle obesity with new taxes on salt and sugar in processed food.

The government said Russia’s invasion of Ukraine had hit food supplies and caused prices to spike, underlining the need to boost Britain’s home-grown supply of food.

The plan will broadly maintain the current level of food produced domestically, while boosting output in some sectors such as horticulture and seafood, it said.

Farming will receive a total of 270 million pounds ($333 million) of investment in innovation until 2029, it said.

“Harnessing new technologies and innovation, we will grow and eat more of our own food – unlocking jobs across the country and growing the economy, which in turn will ultimately help to reduce pressure on prices,” he said in a statement.

The strategy follows an independent review by restaurateur Henry Dimbleby last year, which included a recommendation for a new tax on salt and sugar to incentivise manufacturers to reduce their use.

The measure was not included in the strategy. Britain currently taxes sugar in soft drinks, a move credited with reducing the use of the sweetener in drinks.

Johnson said the government did not want to impose new taxes which put up the cost of food.

“The best way to lose weight believe me is to eat less,” he said.

Minette Batters, president of the National Farmers Union, said the strategy recognised the importance of domestic production “at a time when the war in Ukraine has focused attention on the importance and fragility of our global food security.”

Environmental group Greenpeace UK, however, said the government ignored the recommendations of its own experts and failed to tackle greenhouse gas emissions from meat and dairy sectors which accelerate climate change.

Historic crown to be modified for King Charles’s...