Our website publishes news, press releases, opinion and advertorials on various financial organizations, products and services which are commissioned from various Companies, Organizations, PR agencies, Bloggers etc. These commissioned articles are commercial in nature. This is not to be considered as financial advice and should be considered only for information purposes. It does not reflect the views or opinion of our website and is not to be considered an endorsement or a recommendation. We cannot guarantee the accuracy or applicability of any information provided with respect to your individual or personal circumstances. Please seek Professional advice from a qualified professional before making any financial decisions. We link to various third-party websites, affiliate sales networks, and to our advertising partners websites. When you view or click on certain links available on our articles, our partners may compensate us for displaying the content to you or make a purchase or fill a form. This will not incur any additional charges to you. To make things simpler for you to identity or distinguish advertised or sponsored articles or links, you may consider all articles or links hosted on our site as a commercial article placement. We will not be responsible for any loss you may suffer as a result of any omission or inaccuracy on the website.
Home Headlines Russian missiles hit 30% of Ukraine’s energy infrastructure in two days – minister
Headlines 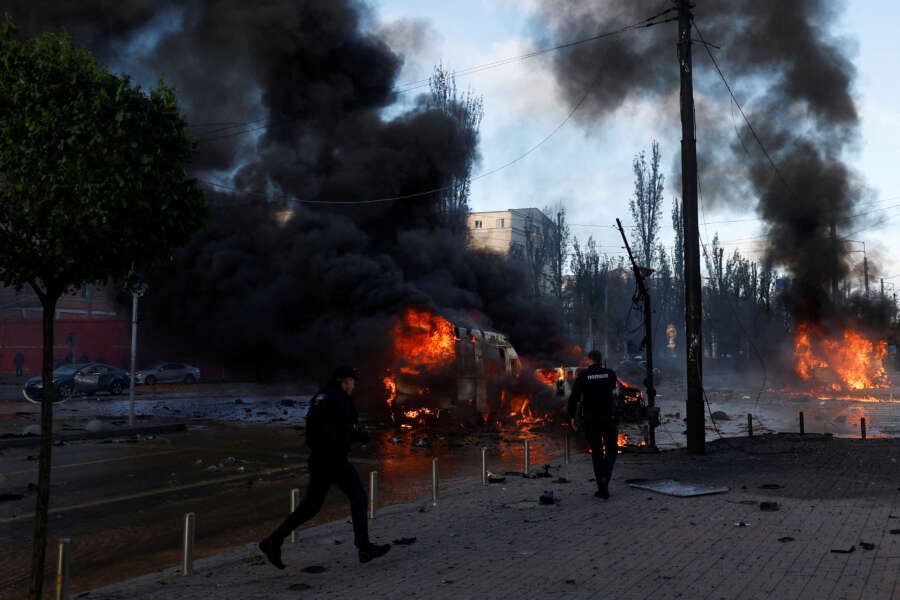 (Reuters) – Russia hit about 30% of Ukraine’s energy infrastructure in its missile attacks on Monday and Tuesday, Ukraine’s Energy Minister Herman Halushchenko told CNN in an interview.

“We send this message to our partners: we need to protect the sky,” Halushchenko told CNN late on Tuesday, adding that Russia was disregarding international rules.

“They don’t care about any kind of international agreements or conventions.”

Ukraine urged civilians on Tuesday not to use domestic appliances like ovens and washing machines to save electricity as millions faced blackouts after the biggest Russian attack on its energy network since war broke out.

Moscow, which calls its actions in Ukraine a “special military operation” to eliminate dangerous nationalists and protect Russian speakers, has accused the West of escalating and prolonging the conflict by supporting Kyiv.

(Reporting in Melbourne by Lidia Kelly; Editing by Simon Cameron-Moore)