Home Headlines Russia halts gas to Poland, Bulgaria, taking aim at European economies
Our website publishes news, press releases, opinion and advertorials on various financial organizations, products and services which are commissioned from various Companies, Organizations, PR agencies, Bloggers etc. These commissioned articles are commercial in nature. This is not to be considered as financial advice and should be considered only for information purposes. It does not reflect the views or opinion of our website and is not to be considered an endorsement or a recommendation. We cannot guarantee the accuracy or applicability of any information provided with respect to your individual or personal circumstances. Please seek Professional advice from a qualified professional before making any financial decisions. We link to various third-party websites, affiliate sales networks, and to our advertising partners websites. When you view or click on certain links available on our articles, our partners may compensate us for displaying the content to you or make a purchase or fill a form. This will not incur any additional charges to you. To make things simpler for you to identity or distinguish advertised or sponsored articles or links, you may consider all articles or links hosted on our site as a commercial article placement. We will not be responsible for any loss you may suffer as a result of any omission or inaccuracy on the website.
Headlines 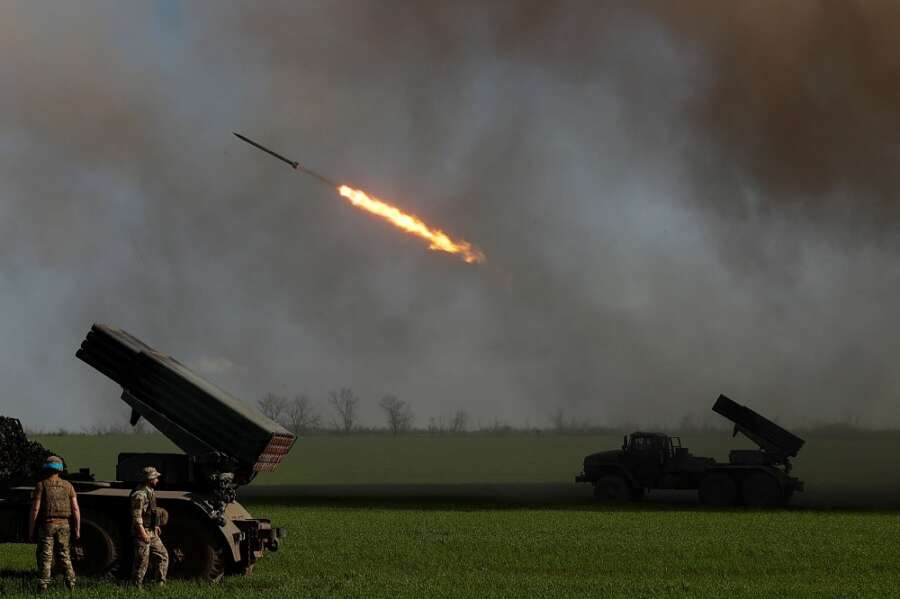 WARSAW/SOFIA/KYIV (Reuters) -Russia halted gas supplies to Bulgaria and Poland on Wednesday for rejecting its demand for payment in roubles, taking direct aim at European economies in its toughest retaliation so far against international sanctions over the war in Ukraine.

The step was denounced by European leaders as “blackmail”, and comes as European countries have joined the United States in ramping up arms shipments to help Ukraine fend off a new Russian assault in the east.

Ukraine reported on Wednesday that Russian troops had made gains in several villages there. Russia reported a number of blasts on its side of the border, and a blaze at an arms depot. Kyiv called the explosions “karma”.

Despite the collapse in ties between Russia and the West, Moscow and Washington carried out a prisoner swap. The United States freed Russian pilot Konstantin Yaroshenko, jailed on drug trafficking charges. Russia released former U.S. marine Trevor Reed, accused of fighting with police.

Moscow says the gas cut-off is to enforce its demand for payment in roubles, which would help to soften the effect of sanctions on its economy. Kremlin spokesperson Dmitry Peskov said Russia was a reliable energy supplier and denied it was engaging in blackmail.

Gazprom, the Russian gas export monopoly, said it had “completely suspended gas supplies” to the Polish and Bulgarian gas companies “due to absence of payments in roubles”.

Russian President Vladimir Putin issued a decree last month ordering Gazprom to cut off buyers from “unfriendly” countries who fail to pay in roubles. The European Union says contracts stipulate payment in euros, and that paying in roubles could violate its sanctions.

European Commission President Ursula von der Leyen called the cut-off “yet another attempt by Russia to use gas as an instrument of blackmail”.

Poland and Bulgaria are both former Soviet-era satellites of Moscow that have since joined the EU and NATO. Poland has been one of the Kremlin’s most vocal opponents over the war.

Bulgaria has long had warmer relations with Russia, but Prime Minister Kirill Petkov, an anti-corruption campaigner who took office last year, has denounced the invasion of Ukraine. Petkov was due in Kyiv on Wednesday to meet President Volodymyr Zelenskiy.

The cut-off comes as the weather turns warmer and the need for gas heating dwindles, and so is unlikely to lead to immediate supply cuts to consumers. Poland says it has ample gas in storage, and Bulgaria, a comparatively small consumer, is seeking alternative supplies from Greece and Turkey.

Unlike many European neighbours, the two countries use mainly coal rather than gas to generate power. Companies with manufacturing operations in both countries said they did not anticipate problems yet.

But if the cut-off lasts for many months or spreads to other countries, it could cause havoc for a continent that relies on plentiful and cheap Russian gas to heat homes, power factories and generate electricity.

Russia’s energy exports had until now continued largely unhindered since the war began, the main loophole in sanctions that otherwise cut off Moscow from much of its global trade.

Poland receives its Russian gas through the Yamal-Europe pipeline from Russia’s huge gas fields in the Arctic far north, which continues west to supply Germany and other European countries. Bulgaria is supplied through pipes that cross Turkey.

Supplies from Gazprom cover about half of Poland’s consumption and 90% of Bulgaria’s.

Kyiv has long called on Europe to stop funding Moscow’s war effort by halting imports that bring Russia hundreds of millions of dollars a day. Germany, the biggest buyer of Russian energy, has said it hopes to stop importing Russian oil within days, but weaning itself off Russian gas is a far bigger challenge.

Since the Russian invasion force was driven back at the outskirts of Kyiv last month, Moscow has refocused its operation on eastern Ukraine, starting a new offensive from several directions to fully capture two provinces known as the Donbas.

Ukraine’s general staff acknowledged Russia had made gains in the east, capturing the town of Zavody and some outskirts of the town of Velyka Komyshuvakha on one front, and the Zarichne and Novoshtokivske settlements in the Donetsk region.

Russia this month accused Ukraine of attacking a fuel depot in Belgorod with helicopters and opening fire on several villages in the province. A huge fire also broke out this week at a fuel depot in nearby Bryansk.

Kyiv has not confirmed responsibility for such incidents but described them as payback. “Karma is a cruel thing,” Ukrainian presidential advisor Mikhaylo Podolyak wrote on social media.

An aide to the mayor of the ruined port city of Mariupol said Russian forces had renewed their attacks on the Azovstal steel plant, where fighters and some civilians are holed up. No agreements had been reached on trying to evacuate civilians from Mariupol on Wednesday.

Concern has increased in recent days over the prospect of the conflict widening to neighbouring Moldova, where pro-Russian separatists have blamed Ukraine for reported attacks this week in their region, occupied since the 1990s by Russian troops.

Authorities in Transdniestria said there had been firing across the border from Ukraine on Wednesday. Kyiv calls such accusations a provocation and Moldova’s pro-Western government accuses the separatists of trying to stir conflict.

The invasion of Ukraine has left thousands dead or injured, reduced towns and cities to rubble, and forced more than 5 million people to flee abroad. Moscow calls it a “special operation” to disarm Ukraine; Kyiv and its allies call the war an unprovoked act of aggression.

Explainer-Why is Bank of England acting again? What...

What is known so far about the Nord...

Bank of England statement on purchase of long-dated...