Home News REVEALED: Top 50 Universities producing entrepreneurial talent
Our website publishes news, press releases, opinion and advertorials on various financial organizations, products and services which are commissioned from various Companies, Organizations, PR agencies, Bloggers etc. These commissioned articles are commercial in nature. This is not to be considered as financial advice and should be considered only for information purposes. It does not reflect the views or opinion of our website and is not to be considered an endorsement or a recommendation. We cannot guarantee the accuracy or applicability of any information provided with respect to your individual or personal circumstances. Please seek Professional advice from a qualified professional before making any financial decisions. We link to various third-party websites, affiliate sales networks, and to our advertising partners websites. When you view or click on certain links available on our articles, our partners may compensate us for displaying the content to you or make a purchase or fill a form. This will not incur any additional charges to you. To make things simpler for you to identity or distinguish advertised or sponsored articles or links, you may consider all articles or links hosted on our site as a commercial article placement. We will not be responsible for any loss you may suffer as a result of any omission or inaccuracy on the website.
News 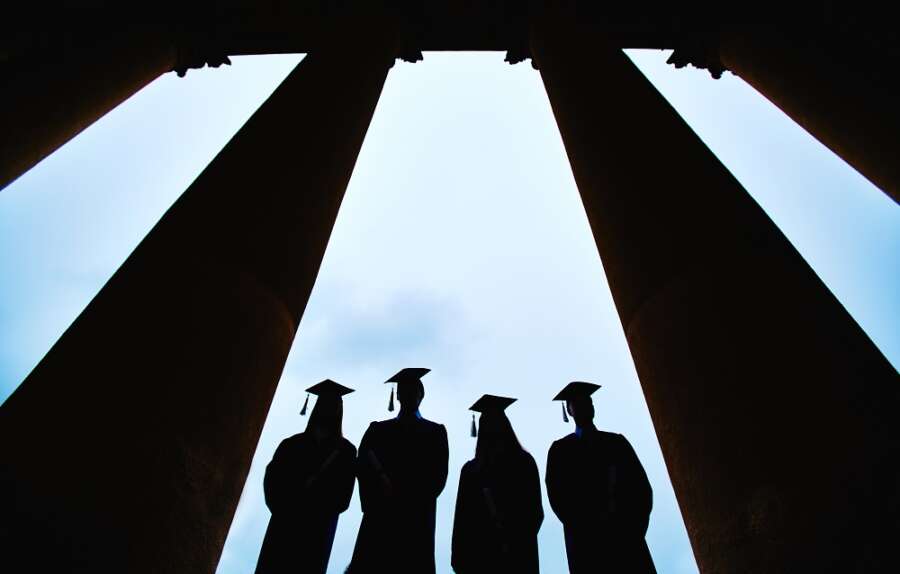 Stanford University in California produces the most entrepreneurial alumni

American Universities produce the most entrepreneurial alumni in the world, a new study shows.

Seeking to find universities with the highest number of alumni that have gone on to become start-up founders, research carried out by B2B advertising experts N.Rich studied data drawn from Crunchbase to compile a global “Top 50” of the highest entrepreneur-generating universities.

At the top of the list is Stanford University in California, best known for producing entrepreneurial figures such as Peter Thiel (co-founder of PayPal, Palantir Technologies and Founders Fund), Kevin Hartz (co-founder and chairman of Eventbrite) and Elon Musk. N.Rich found that Stanford University registers 3,647 alumni that are founders of new organisations.

Massachusetts Institute of Technology (MIT) ranks second highest on the list for alumni that have become founders of new companies, with a total of 2,287 founding alumni. Focusing on courses in science, technology, and engineering, the university has “given birth” to current Google Vice President Bradley Horowitz, Andrew W. Houston ( co-founder and CEO of Dropbox) and Nat Friedman, co-founder of both Ximian and Xamarin – the latter of which was acquired by Microsoft in 2016. Friedman is the current CEO of GitHub.

In fact, a total of 37 American universities feature in the Top 50 database. The sole exception within the Top 10 of the list is Israel’s Tel Aviv University, which gave birth to Eran Zinman, founder of the cloud-based sales and CRM solution, Monday.com.

Within the United Kingdom, the prestigious universities of Oxford and Cambridge rank 12th and 14th respectively.

1,117 of Oxford’s alumni have later become founders of new businesses. The educational establishment has generated entrepreneurial individuals such as Monzo founder Tom Blomfield, and indeed, despite studying his undergraduate Bachelor’s degree of Arts and Science at Stanford, Kevin Hartz also studied a Master’s degree in British History at Oxford University.

Slack founder Stewart Butterfield studied at Clare College, a constituent college of the University of Cambridge, which has garnered 1,064 alumni that have gone on to create new businesses. The University itself has also generated the likes of Nickyl Raithatha – founder of the popular personalised greeting card and gift store Moonpig.

Speaking of the research, a representative of N.Rich comments: “America has always been an enviable “factory” that creates a wealth of successful individuals with entrepreneurial aspirations. One hopes that the next generation of young founders will find their way to such lucrative educational establishments as those featured in this list.”

The study was conducted by N.Rich, which offers a rich array of intent data and ad inventory that enable marketers to drive awareness and lead generation effectively.