Our website publishes news, press releases, opinion and advertorials on various financial organizations, products and services which are commissioned from various Companies, Organizations, PR agencies, Bloggers etc. These commissioned articles are commercial in nature. This is not to be considered as financial advice and should be considered only for information purposes. It does not reflect the views or opinion of our website and is not to be considered an endorsement or a recommendation. We cannot guarantee the accuracy or applicability of any information provided with respect to your individual or personal circumstances. Please seek Professional advice from a qualified professional before making any financial decisions. We link to various third-party websites, affiliate sales networks, and to our advertising partners websites. When you view or click on certain links available on our articles, our partners may compensate us for displaying the content to you or make a purchase or fill a form. This will not incur any additional charges to you. To make things simpler for you to identity or distinguish advertised or sponsored articles or links, you may consider all articles or links hosted on our site as a commercial article placement. We will not be responsible for any loss you may suffer as a result of any omission or inaccuracy on the website.
Home Wealth Creation Retirees’ message to social media giants: “We’re not past our sell-by date!”
Wealth Creation 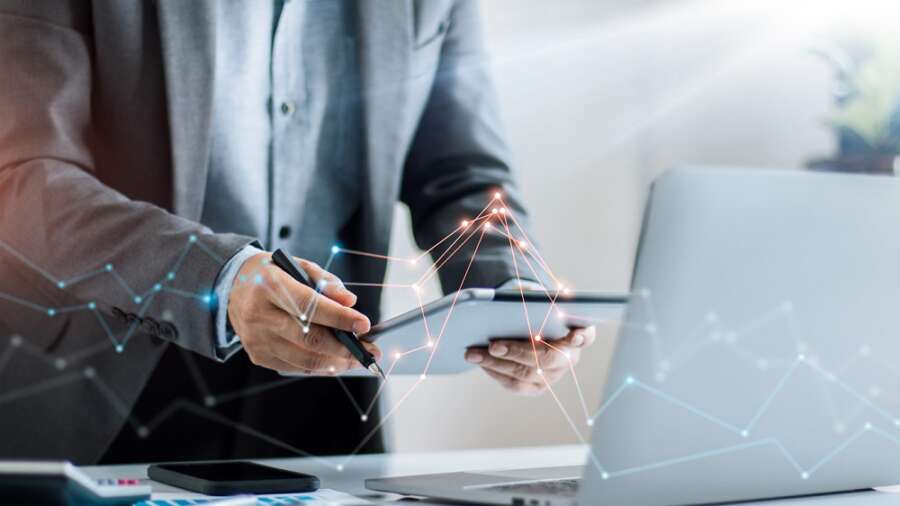 New research has revealed that half (50%) of Britain’s retired population believe that social media is not built with them in mind, overlooking them in favour of younger generations. The research, carried out among 700 fully or semi retired people in the UK, also found that one fifth (21%) of those surveyed associate their experience of using social media with negative words or phrases, with ‘unimpressed’, ‘annoyed’ and feeling ‘old’ amongst the highest ranking negative associations.

The research was commissioned by The Joy Club – an online community built in collaboration with retirees to tackle loneliness and help build better connections – to understand how and why our retired population uses social media platforms. The results show that right now, social media isn’t the experience Britain’s retired population is seeking – and, with estimates showing that almost one quarter (22%) of our population will be aged 65 and over within the next decade – that’s 13 million people at risk of being overlooked.

Contrary to the stereotype that older people are averse to using technology and online spaces, retired Brits are active on social media, with three quarters (76%) of retirees using social media to meet and connect with people they already know and 41% using it to fill their time. In spite of this, established social media platforms are leaving many within this demographic out in the cold by not adequately catering to their needs.

A member of The Joy Club commented: “I believe that once you reach retirement (or near retirement), you are unfortunately perceived by some people as being “past your sell-by date” and therefore of little further use or interest. It is as though all the previous experiences and knowledge acquired when you were younger counts for nothing.”

Social media platforms are actively pushing their retired user base away by focusing on fleeting trends and commodification of their users. An overwhelming four in five (81%) respondents agreed they’re not interested in jumping on trends or social media fads at this point in their lives. Three quarters (73%) said they don’t like the drama and toxicity of social media as well as the fact that there’s a lot of influencer content that doesn’t feel relevant to them or their life stage. Clearly, the content feels irrelevant, with 45% saying that’s the case. The outcome is that our retired population is being alienated from these platforms, with almost a quarter (24%) saying they feel out of place most of the time when they go on social media.

The solution to creating an online experience that truly resonates with retirees is unlocking genuine connection and providing relevant content, especially taking into consideration those living in less densely populated areas. 39% of retirees living in Wales said that meeting and connecting with new people was the most important activity for them when it comes to social media and their wellbeing, compared to the national average of 22%. 42% of Scottish retirees said feeling less lonely was most important to them compared to 33% nationally. Over a half (55%) of respondents living in Northern Ireland said they’d spend more time using social media if the content was more tailored towards retirement and connecting with other people of their age and interests. This desire for greater and more meaningful online connection and interaction demonstrates the potential for technology to have a positive impact on people’s lives.

The impact of this research goes beyond numbers and stats. The UK is in the midst of a loneliness epidemic which technology and social media is uniquely positioned to help alleviate if catered to those in later life. An analysis by Campaign to End Loneliness at the end of last year revealed that the number of those aged over 50 experiencing loneliness is expected to reach two million by 2025/6. The impacts of loneliness cannot be underestimated, with research showing that the effects of loneliness is the equivalent of smoking 15 cigarettes a day.

Hannah Thomson, Founder CEO of The Joy Club commented: “The advent and exponential adoption of social media globally means that we’re now more connected than ever before. In spite of this, loneliness is on the rise and – in light of this new research – social media in its current form is particularly ill-equipped to combat this issue for those in later life. Our retired population is being overlooked and underserved, with the big social media players instead chasing after younger users and prioritising algorithms that favour fast-moving trends, competitive or divisive behaviours and commercial-led influencer content.

At a time when loneliness amongst older people presents a pressing public health challenge, it’s vital that we use technology to tackle the problem head-on. Building online community spaces in collaboration with people in later life enables older users to feel seen and heard, demonstrates to them that they are the customer and not a commodity, and creates a space where they can form meaningful connections around shared interests.”