Our website publishes news, press releases, opinion and advertorials on various financial organizations, products and services which are commissioned from various Companies, Organizations, PR agencies, Bloggers etc. These commissioned articles are commercial in nature. This is not to be considered as financial advice and should be considered only for information purposes. It does not reflect the views or opinion of our website and is not to be considered an endorsement or a recommendation. We cannot guarantee the accuracy or applicability of any information provided with respect to your individual or personal circumstances. Please seek Professional advice from a qualified professional before making any financial decisions. We link to various third-party websites, affiliate sales networks, and to our advertising partners websites. When you view or click on certain links available on our articles, our partners may compensate us for displaying the content to you or make a purchase or fill a form. This will not incur any additional charges to you. To make things simpler for you to identity or distinguish advertised or sponsored articles or links, you may consider all articles or links hosted on our site as a commercial article placement. We will not be responsible for any loss you may suffer as a result of any omission or inaccuracy on the website.
Home News Olympics-Taekwondo-Britain’s Williams to fight Croatia’s Jelic in final
News 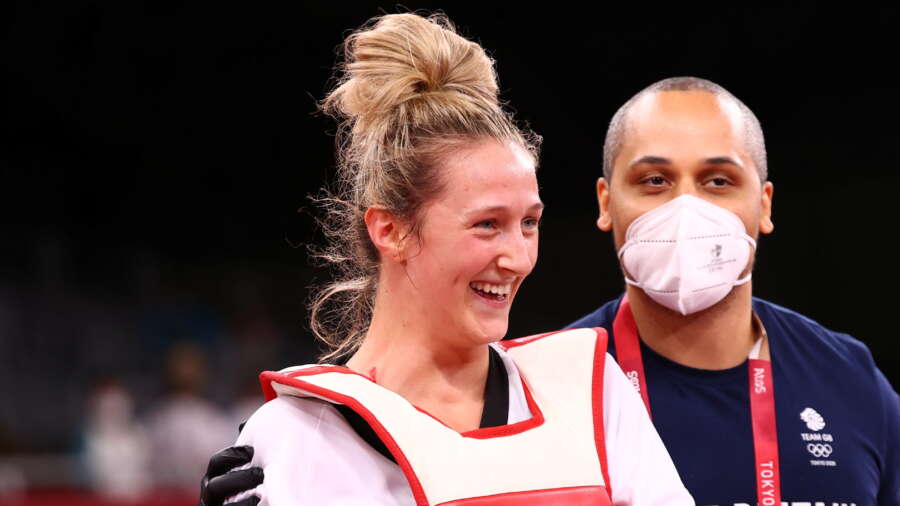 Williams’s first fight lasted just 49 seconds, at the end of which her Tongan opponent Malia Paseka was down 11-0 and unable to continue after taking a ferocious spinning kick to the head, forcing the referee to stop the match.

In the semi-final, Williams, 22, stayed light on her feet, repeatedly stretching her legs skyward to land four 3-point kicks to the head of Ivory Coast’s Ruth Gbagbi, who struggled to return the attacks.

“I feel destroyed. I didn’t expect that at all,” he said.

“I think there was just too much pressure.”

The men’s final will be between Maksim Khramtcov for the Russian Olympic Committee and Jordan’s Saleh Elsharabaty.

Are Businesses Using Cybersecurity As A Scapegoat For A Desperate Return To Office Working?