Our website publishes news, press releases, opinion and advertorials on various financial organizations, products and services which are commissioned from various Companies, Organizations, PR agencies, Bloggers etc. These commissioned articles are commercial in nature. This is not to be considered as financial advice and should be considered only for information purposes. It does not reflect the views or opinion of our website and is not to be considered an endorsement or a recommendation. We cannot guarantee the accuracy or applicability of any information provided with respect to your individual or personal circumstances. Please seek Professional advice from a qualified professional before making any financial decisions. We link to various third-party websites, affiliate sales networks, and to our advertising partners websites. When you view or click on certain links available on our articles, our partners may compensate us for displaying the content to you or make a purchase or fill a form. This will not incur any additional charges to you. To make things simpler for you to identity or distinguish advertised or sponsored articles or links, you may consider all articles or links hosted on our site as a commercial article placement. We will not be responsible for any loss you may suffer as a result of any omission or inaccuracy on the website.
Home Headlines Oil prices rise as weaker dollar offsets China COVID-19 concerns
Headlines 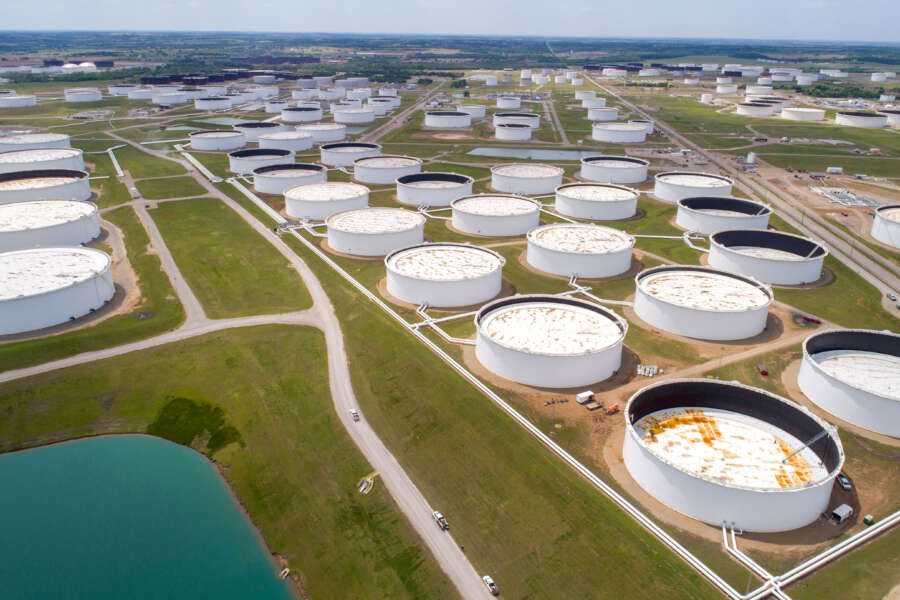 The Brent and WTI benchmarks both ended October higher, their first monthly gains since May, after the Organization of the Petroleum Exporting Countries and allies including Russia said they would cut output by 2 million barrels per day (bpd).

The greenback retreated on Tuesday from a one-week top against a basket of major peers, as traders weighed what message Fed officials would deliver at Wednesday’s policy meeting.

A weaker dollar makes oil cheaper for holders of other currencies and usually reflects greater investor appetite for risk.

OPEC raised its forecasts for world oil demand in the medium-and longer-term on Monday, saying that $12.1 trillion of investment is needed to meet this demand despite the transition to renewable energy sources.

COVID-19 curbs in China forced the temporary closure of Disney’s Shanghai resort on Monday and have spurred worries of lower fuel demand in the world’s top crude oil importer as it persists with its zero-COVID policy.

Strict pandemic restrictions have caused China’s factory activity to fall in October and cut into its imports from Japan and South Korea.

Stephen Innes, managing partner at SPI Asset Management said that “the market has digested the latest string of China lockdowns”.

“The further we move into November, the closer we get to the EU-Russian oil embargo taking effect, which will have a material impact on Russia’s supply and by extension global supply,” Innes said.

Keeping a check on oil prices, though, U.S. oil output climbed to nearly 12 million bpd in August, the highest since the start of the COVID-19 pandemic, even as shale companies said they do not expect production to accelerate in coming months.

That is likely to lead to a rise in U.S. crude oil stocks in the week to Oct. 28 of about 300,000 barrels, a preliminary Reuters poll showed, while distillate and gasoline inventories were expected to fall.

The poll was conducted ahead of reports from the American Petroleum Institute due at 4:30 p.m. EDT (2030 GMT) on Tuesday, and the Energy Information Administration due at 10:30 a.m. (1430 GMT) on Wednesday.

UK government under pressure over conditions at migrant centre