Our website publishes news, press releases, opinion and advertorials on various financial organizations, products and services which are commissioned from various Companies, Organizations, PR agencies, Bloggers etc. These commissioned articles are commercial in nature. This is not to be considered as financial advice and should be considered only for information purposes. It does not reflect the views or opinion of our website and is not to be considered an endorsement or a recommendation. We cannot guarantee the accuracy or applicability of any information provided with respect to your individual or personal circumstances. Please seek Professional advice from a qualified professional before making any financial decisions. We link to various third-party websites, affiliate sales networks, and to our advertising partners websites. When you view or click on certain links available on our articles, our partners may compensate us for displaying the content to you or make a purchase or fill a form. This will not incur any additional charges to you. To make things simpler for you to identity or distinguish advertised or sponsored articles or links, you may consider all articles or links hosted on our site as a commercial article placement. We will not be responsible for any loss you may suffer as a result of any omission or inaccuracy on the website.
Home Technology NvirWorld’s Mainnet Shows Promise, Steps Ahead with Patent Layer 3 Technology
Technology 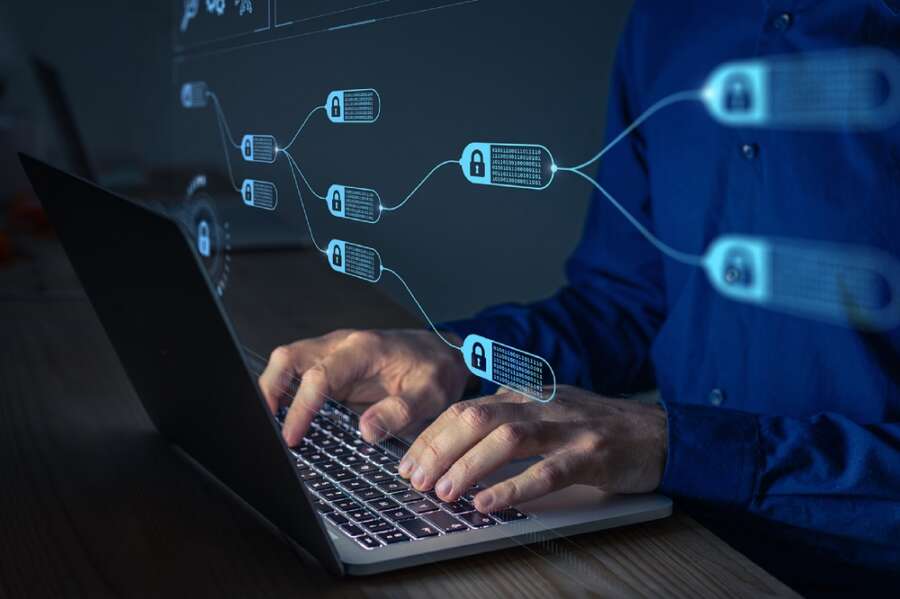 NvirWorld, a company that stands out in the blockchain industry with services such as NFT, DeFi, and Metaverse, has acquired FunnyFig Co. Ltd., a blockchain-based fintech company, as a subsidiary.

To reflect NvirWorld’s acquisition, FunnyFig plans to change its name to “NvirLabs”. FunnyFig is an information technology company that provides financial solutions for interpersonal transactions and meta-platform services.

In particular, Shinhan Card and Samsung SDS have recently jointly developed safe remittance and payment technologies using blockchain and digital currency in the event of network disconnection and proved its excellence in security through the procurement of Korean domestic patents.

This patent technology suggests a method of remittance and payment from an application equipped with digital currency to another application even when the network is not supported by using encryption technology, QR codes, NFC, high sound waves, and P2P transmission.

In particular, digital currency such as central bank digital currency (CBDC), which is being issued by central banks of each country, including Korea, is equipped with necessary core technologies to meet the requirements for payment or remittance in disaster and emergency situations.

Under the slogan “NEW Play to Earn (P2E),” NvirWorld aims to “realize a new digital world of everyone’s dreams,” where everything enjoyable becomes profitable.
Based on the concept that profits should be fairly distributed to users who contribute to ecosystem development in order to realize their dreams, NvirWorld consists of three main platforms: ▲ Nvir Market (NFT Marketplace), ▲ N-Hub (DeFi Synthetic Asset Trading Platform), and ▲ Nvirland (P2E metaverse platform).

In addition, the acquisition is drawing further traction as it accelerates the development of NvirWorld’s mainnet launch in the first quarter of next year.

The core technologies of NvirWorld are “Stay Pending” technology as can be seen on the existing platform, and N-Hub’s S2k L2 technology. These are hybrid decentralization technologies that advance beyond Layer 2 to reduce gas costs and improve transaction speeds.

Through CBDC patent technology, NvirWorld plans to implement versatility by improving transaction speeds and reducing gas costs with next-generation “Layer 3” technologies that surpass the current Layer 2 mainnet technologies of Bitcoin and Ethereum, and Layer 2 technologies such as Solana.

An official from NvirWorld said, “This merger and acquisition is expected to further accelerate the development of our mainnet, which is anticipated for release next year,” adding, “when the mainnet platform is released, it will emerge as a next-generation digital currency payment system in conjunction with the NvirWorld stablecoin (USDN).”

Furthermore, he said, “If Layer 3 technology, which has not been implemented even in representative Ethereum and Solana, is introduced, remittance and payment services using digital currency can be safely used in emergency situations (disasters, etc.), and digital currency will be freely used anytime, anywhere”.

UK’s Sunak, under fire over cost of living, defends his tax cut plans