Our website publishes news, press releases, opinion and advertorials on various financial organizations, products and services which are commissioned from various Companies, Organizations, PR agencies, Bloggers etc. These commissioned articles are commercial in nature. This is not to be considered as financial advice and should be considered only for information purposes. It does not reflect the views or opinion of our website and is not to be considered an endorsement or a recommendation. We cannot guarantee the accuracy or applicability of any information provided with respect to your individual or personal circumstances. Please seek Professional advice from a qualified professional before making any financial decisions. We link to various third-party websites, affiliate sales networks, and to our advertising partners websites. When you view or click on certain links available on our articles, our partners may compensate us for displaying the content to you or make a purchase or fill a form. This will not incur any additional charges to you. To make things simpler for you to identity or distinguish advertised or sponsored articles or links, you may consider all articles or links hosted on our site as a commercial article placement. We will not be responsible for any loss you may suffer as a result of any omission or inaccuracy on the website.
Home Headlines Netflix ad-supported plan to launch in November at $7 a month
Headlines 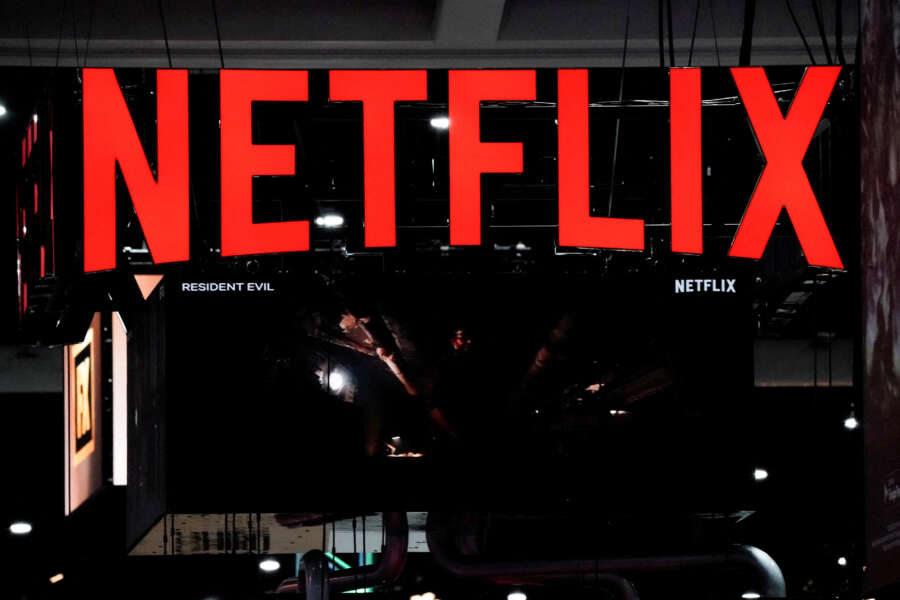 By Dawn Chmielewski and Lisa Richwine

LOS ANGELES (Reuters) -Netflix Inc said on Thursday it will introduce a streaming plan with advertising for roughly $7 per month in November, a move to attract new subscribers after the company lost customers in the first half of the year.

The $6.99 cost for the “Basic with Ads” plan is $3 less than Netflix’s lowest-priced tier without commercials. The new option will roll out in 12 countries including the United States, Brazil, Germany, Japan and Korea, over 10 days.

Subscribers to the plan will see roughly four to five minutes of advertising per hour, Netflix said. Newly released films will have limited advertising to preserve the cinematic experience.

About 5% to 10% of Netflix’s programming will not be available on the ad-supported alternative because of licensing restrictions, Netflix Chief Operating Officer Greg Peters told reporters.

Shares of Netflix were up 5.4% at $232.86 in late afternoon trading. The company’s stock had fallen 62% this year before Thursday’s announcement.

Netflix executives had adamantly opposed adding commercials to their service for years. They announced a change of heart in April when the company stunned Wall Street by shedding subscribers in the first quarter and predicting additional defections.

“We at Netflix have a huge opportunity ahead to grow our unit and to attract more subscribers. And part of that is having a wide range of pricing plans,” Peters said on Thursday.

Peters declined to estimate how many customers would sign up for the ad-supported plan or how much additional revenue Netflix might generate. The company will provide forecasts for the fourth quarter when it releases earnings on Tuesday.

He pointed to a Wall Street Journal report that Netflix had set a goal of 13.3 million ad-supported viewers in the United States by the third quarter of 2023.

Other streaming services including Walt Disney Co’s Hulu and Disney+ and Warner Bros Discovery’s HBO Max already have, or plan to offer, ad-supported options that cost less. Those services charge between $8 and $10 per month for plans with commercials.

Netflix, known for hits such as “Stranger Things” and “Squid Game,” reported 220.7 million paying subscribers as of June, down nearly 1.2 million from the start of the year. The company projected it would add 1 million customers in the third quarter.

The ad-supported plan from Netflix will debut in Canada and Mexico on Nov. 1, and in the United States, Brazil, United Kingdom, France, Italy, Germany, Australia, Korea and Japan on Nov 3.

Kahn predicted the new ad-supported service would likely cause some price-sensitive subscribers to opt for the cheaper tier, but added, “There’s much more potential in gaining revenue and gaining a new subscriber base.”

When the AI goes haywire, bring on the humans