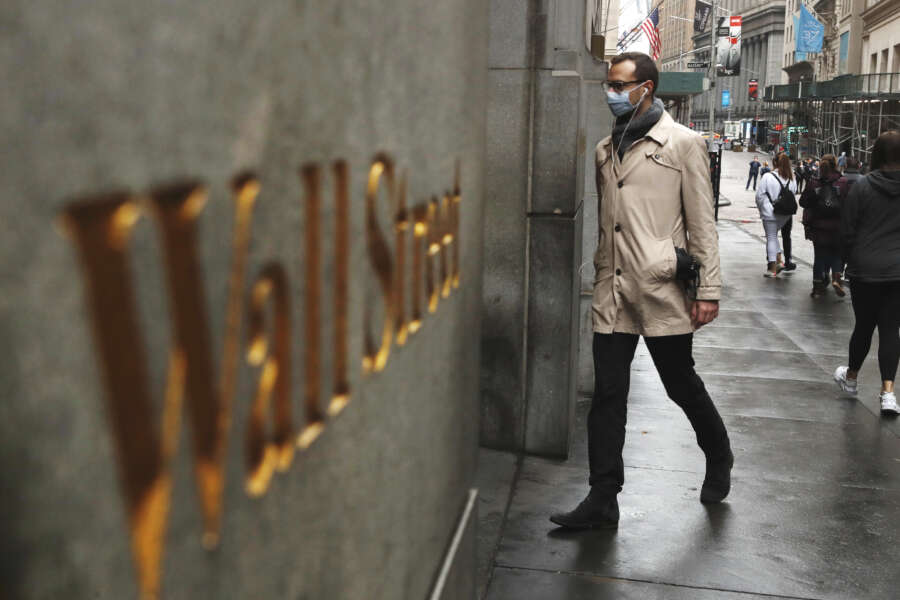 By Vivek Mishra and Manjul Paul

BENGALURU (Reuters) – A significant global bond market correction is likely in the next three months as central bankers eye the exit door from pandemic emergency policy, according to a Reuters poll of strategists who also forecast modestly higher yields in a year.

Financial markets were caught off guard by the Federal Reserve’s surprisingly hawkish tone at its meeting last week, sparking a sell-off in equities and a safe-haven rush into Treasuries.

The MOVE index – a bond market volatility gauge – hit a two-month high on Monday, underscoring those mixed signals and uncertainty about the near-term.

In the June 17-24 poll, over 60% of fixed-income strategists, or 25 of 41, who answered an additional question said a significant sell-off in global bond markets was likely over the next three months.

“The message from Powell is: We will look through it (inflation). We’re not going to jump to conclusions and that creates some calm. But you just need a couple of big surprises (in data) and things are again open to correction,” said Elwin de Groot, head of macro strategy at Rabobank.

Still, beyond the near-term, yields on major sovereign bonds were expected to have risen relatively modestly in a year, according to the poll of 80 fixed-income strategists.

Those views line up with a separate poll of foreign exchange strategists which predicted the dollar to weaken over the 12-month horizon, suggesting an outlook across asset classes that monetary policy would remain accommodative. [EUR/POLL]

Asked when the Fed would announce a taper plan for its $120 billion per month asset purchases programme, roughly three-quarters of respondents, or 33 of 44, predicted it by September.

About the same proportion, 31 of 40, said the central bank won’t start cutting monthly purchases until early next year.

The Fed’s heavy presence in bond markets as a buyer is expected to prevent a runaway rise in yields, which the central bank will not want to happen.

But the pull and push between reflation trades on the back of a rapidly improving economic landscape and safety bets on central banks’ dovish rhetoric was expected to limit extreme yield moves.

“We’re going to be in this range bound environment for quite some time,” said Leslie Falconio, senior fixed-income strategist at UBS Global Wealth Management.

“Even though people considered the Fed a bit hawkish, given the fact they moved the dot plot to two rate hikes in 2023, the market has already priced that in. We saw a move up in Treasury yields but nothing that was material.”

While the debate on price pressures being transitory or not continues, over two-thirds of analysts, or 27 of 40 who answered a separate question, said inflation expectations currently priced-in by bond markets were just about right.

“Inflation is not all transitory. It is going to be a mix of sustainable and transitory,” said Guneet Dhingra, head of U.S. interest rates strategy at Morgan Stanley.

“Inflation will be higher than the last cycle. But not so high that it runs amok and becomes a difficult thing for the Fed to control. Optimism is fine, hysteria is not.”

Investment in innovation: trends and opportunities

December 7, 2021
Editorial & Advertiser disclosureEditorial & Advertiser disclosureOur website provides you with information, news, press releases, Opinion and advertorials on various financial products and services. This is not to be considered as financial advice and should be considered only for information purposes. We cannot guarantee the accuracy or applicability of any information provided with respect to your individual or personal circumstances. Please seek Professional advice from a qualified professional before making any financial decisions. We link to various third party websites, affiliate sales networks, and may link to our advertising partners websites. Though we are tied up with various advertising and affiliate networks, this does not affect our analysis or opinion. When you view or click on certain links available on our articles, our partners may compensate us for displaying the content to you, or make a purchase or fill a form. This will not incur any additional charges to you. To make things simpler for you to identity or distinguish sponsored articles or links, you may consider all articles or links hosted on our site as a partner endorsed link.