Home Finance Milestone reached in maturing structured financial products
Our website publishes news, press releases, opinion and advertorials on various financial organizations, products and services which are commissioned from various Companies, Organizations, PR agencies, Bloggers etc. These commissioned articles are commercial in nature. This is not to be considered as financial advice and should be considered only for information purposes. It does not reflect the views or opinion of our website and is not to be considered an endorsement or a recommendation. We cannot guarantee the accuracy or applicability of any information provided with respect to your individual or personal circumstances. Please seek Professional advice from a qualified professional before making any financial decisions. We link to various third-party websites, affiliate sales networks, and to our advertising partners websites. When you view or click on certain links available on our articles, our partners may compensate us for displaying the content to you or make a purchase or fill a form. This will not incur any additional charges to you. To make things simpler for you to identity or distinguish advertised or sponsored articles or links, you may consider all articles or links hosted on our site as a commercial article placement. We will not be responsible for any loss you may suffer as a result of any omission or inaccuracy on the website.
Finance 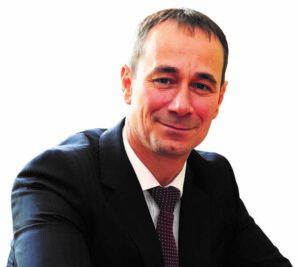 Structured products – one of the most successful retail investment solutions – are celebrating a new UK milestone.

Earlier this year the sector saw the maturity of the 1,250th FTSE 100 linked capital at risk autocall in the UK retail market.

The Augere FTSE 100 Super Defensive Kick Out Plan Issue 3 August 2018 – matured early after three and a half years, returning a capital plus gain of 19.81%, annualised return of 5.29%

To mark the milestone, Lowes Financial Management, a leading UK financial adviser and a renowned specialist in structured products, has produced a Structured Product Autocall Review 2022. The document provides an independent review of the evolution of the sector and its performance.

Structured products first appeared in the 1990s, but it was not until 2003 that the first autocall version, or kick-our contract, appeared. The popularity of autocalls grew to the point that they are now the most common vehicle among structured products.

February 2021 saw the maturity of the 1,000th FTSE 100 linked capital at risk autocall in the UK retail market. The Investec FTSE 100 Defensive Kick-Out Plan 47 matured on its third anniversary on February 12 returning original capital plus a gain of 20.55%.  The FTSE 100 index to which the plan was linked, was down by 8.89% over the three years.

Twelve months later and another 250 have successfully matured.  Josh Mayne, Structured Product Technician at Lowes, explained that all but eight of the 1,250 plans successfully matured with a gain.  The eight in question were caught by the fallout of the financial crisis and matured returning only the original capital*.  The average annualised return of the 1250 maturities was 7.9%.

Josh added: “It’s a fact that no maturing FTSE 100 capital-at-risk autocall plan has failed to reward investors with a gain since April 2013, representing almost a decade of consistent positive performance.

“For investors this is a major achievement and return on their money. The 1,250th maturing autocall is another significant milestone for the sector.”

Ian Lowes, Managing Director of Lowes, said: “Structured products and autocalls in particular are increasingly coming to the attention of many IFAs and financial journalists which has naturally been helped by the excellent record.”

He added: “Structured product autocalls are a proven product for investors. They should be considered as part of any balanced portfolio.

“More generally, the structured products sector continues to evolve and develop. The sector is well regulated, has become a lot less complex, and many plans regularly outperform other investment products, while providing contingent capital protection against market falls.”

These fixed-term products are market-linked and can be highly tailored, with some more risky than others. Autocalls have become popular because they limit investment exposure, building in a buffer of protection against falling markets, thereby increasing the probability of the defined return being achieved.

Six years was the most common maximum term throughout most of the sector’s evolution, but this is no longer the case. The first 10-year plans were launched in 2015 and since then the sector has seen a move to longer durations. The longer the maximum duration and the more frequent the callable maturity dates, the greater the potential for the investment to mature with a gain.

*A further four FTSE 100 linked autocalls issued between April and August 2008 never reached maturity because these utilised Lehman Brothers as a counterparty and as such, failed in October 2008 when the bank collapsed.  The wind up of the Lehman’s estate saw investors recover between 79.53% and 97.48% of original capital, depending upon the product, albeit this was paid in instalments over the following 11 years.