Home Wealth Creation Inflation weighs on consumer morale in euro zone’s big three economies
Our website publishes news, press releases, opinion and advertorials on various financial organizations, products and services which are commissioned from various Companies, Organizations, PR agencies, Bloggers etc. These commissioned articles are commercial in nature. This is not to be considered as financial advice and should be considered only for information purposes. It does not reflect the views or opinion of our website and is not to be considered an endorsement or a recommendation. We cannot guarantee the accuracy or applicability of any information provided with respect to your individual or personal circumstances. Please seek Professional advice from a qualified professional before making any financial decisions. We link to various third-party websites, affiliate sales networks, and to our advertising partners websites. When you view or click on certain links available on our articles, our partners may compensate us for displaying the content to you or make a purchase or fill a form. This will not incur any additional charges to you. To make things simpler for you to identity or distinguish advertised or sponsored articles or links, you may consider all articles or links hosted on our site as a commercial article placement. We will not be responsible for any loss you may suffer as a result of any omission or inaccuracy on the website.
Wealth Creation 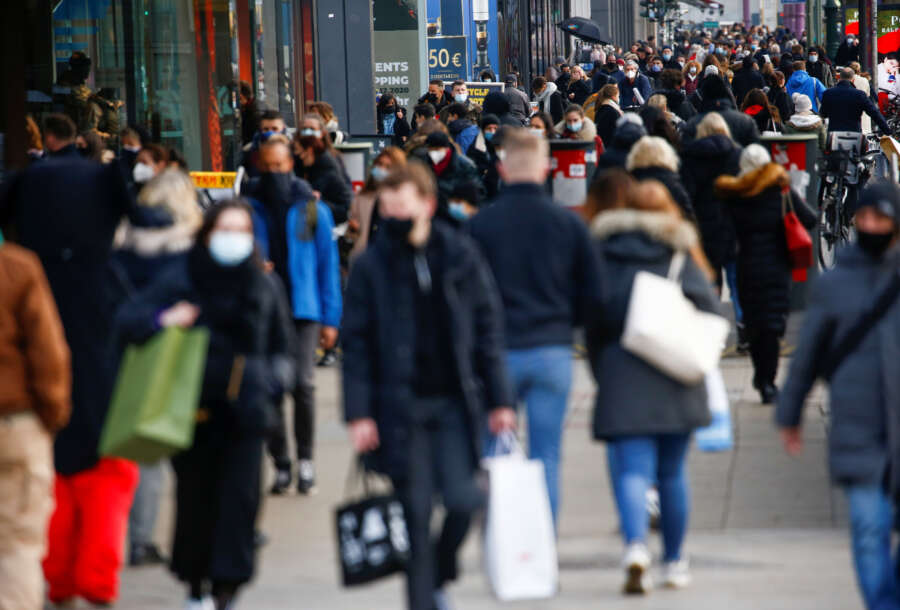 BERLIN (Reuters) -Consumer morale was down across the euro zone’s three largest economies as high inflation shows no sign of relenting heading into winter, according to surveys on Wednesday.

German consumer morale is projected to hit a new record low for the fourth consecutive month heading into October, according to the GfK institute, which said any recovery in consumer sentiment would be tied to getting inflation under control.

The GfK’s consumer sentiment index fell to -42.5 heading into October, from a downwardly revised reading of -36.8 in September and lower than a reading of -39.0 predicted by analysts polled by Reuters.

Income expectations in particular contributed to the plunge in morale: that subindex was at its lowest level since the survey began collecting data for unified Germany in 1991.

French consumer sentiment also deteriorated once again in September, after a brief recovery in August put an end to seven months in a row of decline on worries about inflation, a monthly survey by the INSEE national statistics office showed.

Italian shoppers were equally downbeat ahead of the election, with national statistics institute ISTAT’s consumer morale index in September falling to 94.8, barely missing a median forecast by analysts polled by Reuters of 95.1.

Euro zone inflation is approaching double-digit territory in the coming months, driven ever higher by energy costs as Russian gas supply has become unreliable, making the prospect of a recession in the 19-nation shared-currency bloc likely.

Germany’s IMK institute on Wednesday predicted a broad-based recession for the euro zone’s largest economy in 2023 as significant declines in private consumption weigh on growth.

An increasing number of German consumers fear the economy could slide into recession, said GfK, with economic expectations at the same low levels as during the financial crisis.

The consumer climate indicator forecasts the development of real private consumption in the following month.

An indicator reading above zero signals year-on-year growth in private consumption. A value below zero indicates a drop compared with the same period a year earlier.

According to GfK, a one-point change in the indicator corresponds to a year-on-year change of 0.1% in private consumption.

The “willingness to buy” indicator represents the balance between positive and negative responses to the question: “Do you think now is a good time to buy major items?”

The income expectations sub-index reflects expectations about the development of household finances in the coming 12 months.

The additional business cycle expectations index reflects the assessment of those questioned of the general economic situation in the next 12 months.